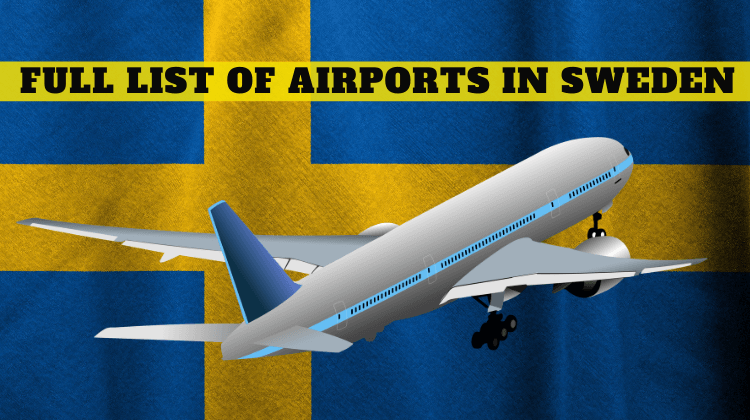 While planning a trip to Sweden, it is important to check your options for transportation. Will you be flying, using waterways, or hiring a vehicle for a road trip? For most people, travelling by air means you get to cut down travel time by quite a bit, giving you more time to explore. This is why we bring you a full list of airports in Sweden which include domestic as well as international terminals.

Now, picking the right airport is crucial. Your Swedish holiday plan undoubtedly depends on the departure and arrival destinations. You don’t want lengthy layovers in between that will eat up your vacation time. Trying to figure out travel options in a foreign country could be challenging, too. You’re likely to make mistakes in search of the right destinations.

Luckily, most of these mistakes are avoidable if you take the right measures beforehand. The very first step begins with choosing from this list of Swedish airports when you start planning the tour. Alongside each location, we’ve mentioned the name of the available airport(s).

Using this information, you can map out where your ground tours should end so you can catch your flight to the next destination on time. You’ll find both public and private airports listed within as well as their ICAO airport codes. Please note this list doesn’t include military airfields and heliports in Sweden.

With more than 100 airports in Sweden, planning your tour to and from the Scandinavian country is a cakewalk, ins’t it? Godspeed!