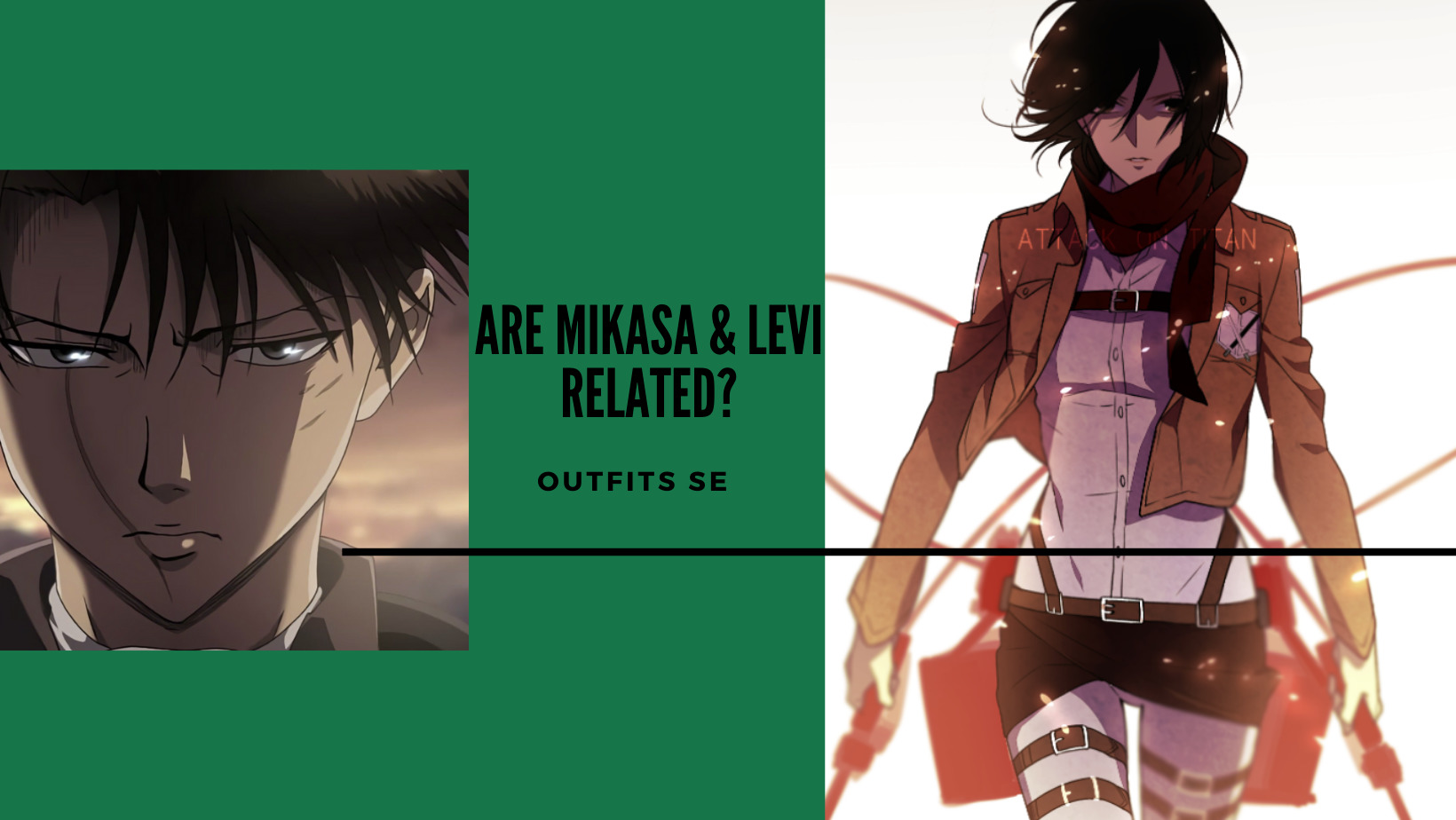 Attack on Titan has been one of the top anime series of the past decade. It is garnering more fans every day. There are many characters that the fans love and many that are not liked as much. Two of the fan favorites are Levi and Mikasa. This article will take a look at the question of are Levi and Mikasa related. Since they both share the same last name – Ackerman – people are confused about whether or not they are related.

If you are interested in anime, you should also see how did Hashirama Senju die. With that being said, let’s get started to see if Levi & Mikasa are related and other important facts about the Ackerman family.

10. Is the Ackerman Family Eldian? 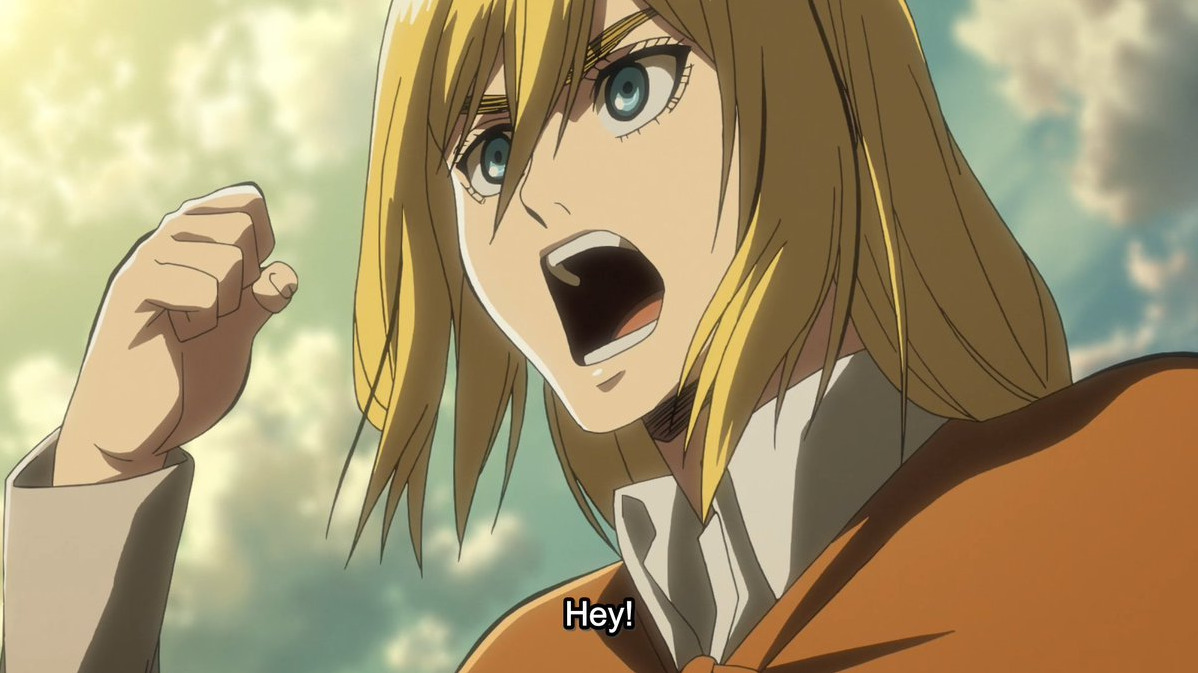 Historia has the royal blood of the Eldians

Eldian’s are an important race in the Attack on Titan universe. They have a royal bloodline that started when the first titan ruled over the Eldian people. The Ackerman’s were their sword and shield that protected them. They were the Lancelot to their King Arthur. 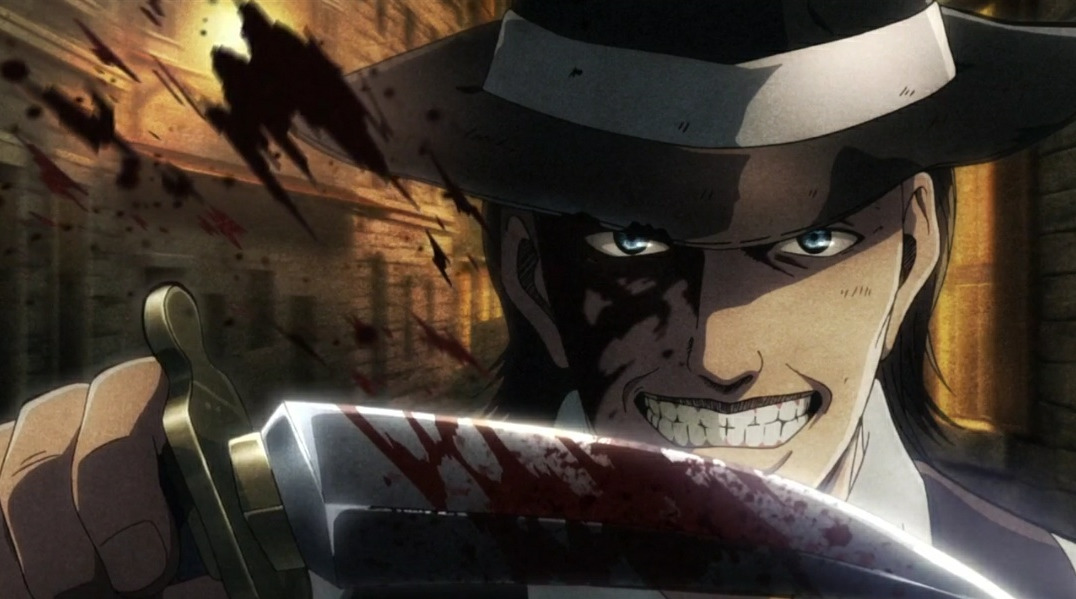 Kenny Ackerman is a fearsome foe for Levi

In season 3, a new member of the Ackerman family was introduced – Kenny. He had an entire army on his side and was extremely agile in combat. Kenny was hostile towards Levi when they first met, so it begs the question, who is Kenny to Levi? A major theory during season 3 was that Kenny was Levi’s father.

But as the episodes went on, Kenny revealed to the audience that he was in fact Levi’s uncle. He was like a father figure to Levi though since he took “care” of him when Levi was little. Despite being introduced for only one season, Kenny played a huge role and fans couldn’t wait to see what he did next when he was on screen.

8. The Ackerman’s are Extremely Skilled as Soldiers 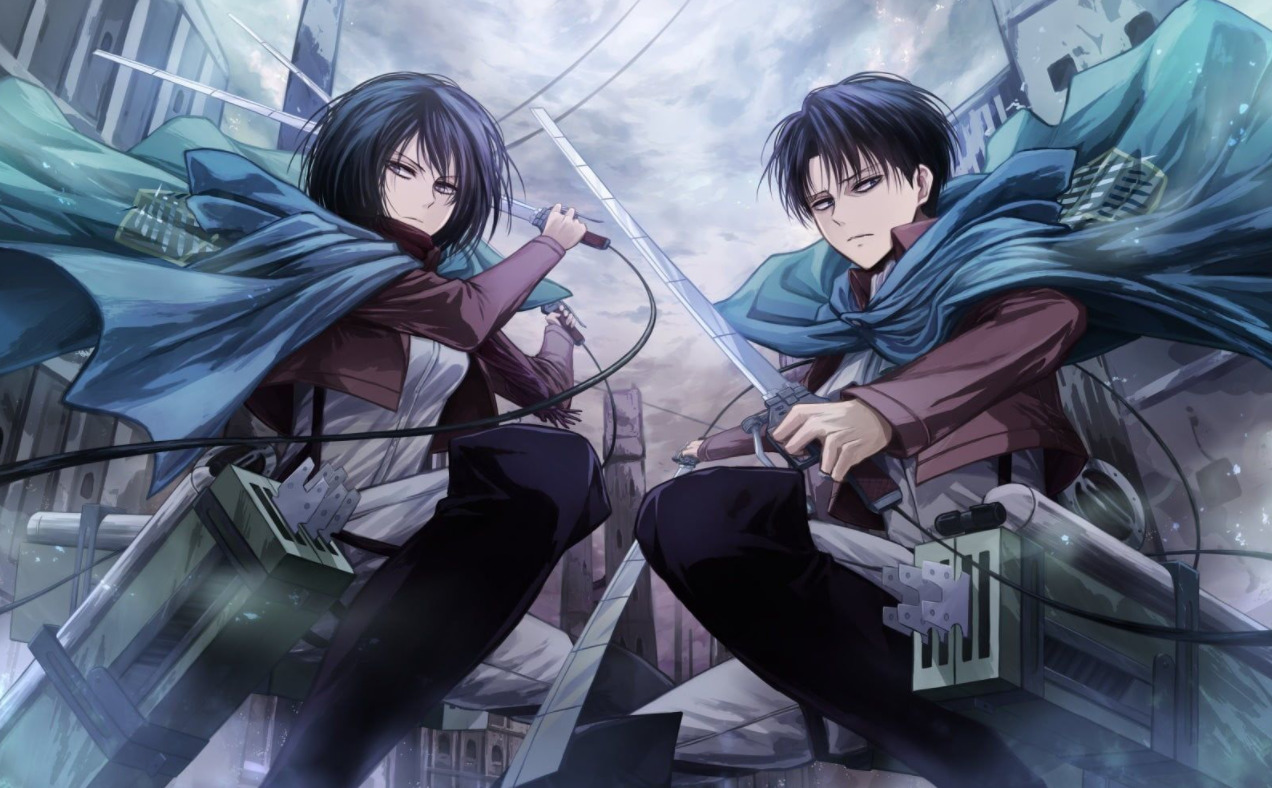 Levi and Mikasa Ackerman are two of the strongest warriors

It’s no surprise that the Ackerman’s are extremely skilled – just look at Levi and Mikasa. Both of them possess a sort of superhuman speed and strength. They cut through the gigantic titans like butter. It is difficult to believe that they are normal humans.

Their incredible skill can be attributed to their superior ODM gear but that theory is laid to rest when they use the same gear as everyone else. Only their training and mastery over the gear allow them to be superior to the rest. Luckily, the manga does a good job of explaining how the Ackerman’s awakened their powers.

7. Power of the Ackerman Family 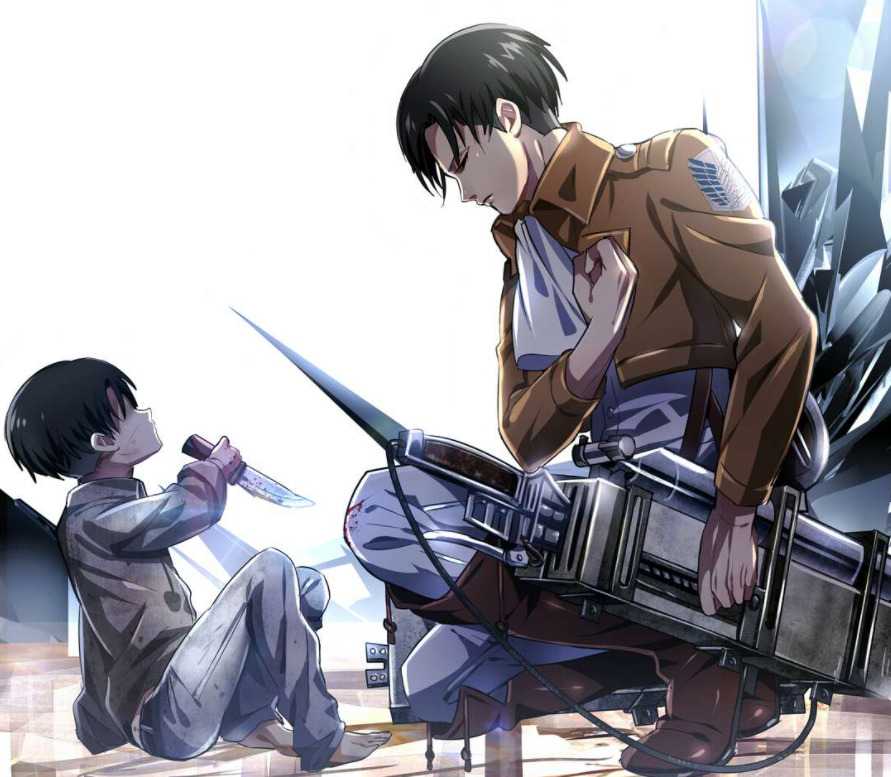 The power that Ackerman’s hold was accidentally created when experiments on Subjects of Ymir were gone wrong. Anime watchers will have to wait to find out what the power of the Ackerman’s exactly is but the manga explains it in great detail.

They can channel the power of titans without having to transform into one. People possessing the Ackerman bloodline are extremely skilled, agile, and have superior combat abilities. They also can resist the memory manipulating abilities of the titans.

6. How Can They Awaken Their Powers?

Now that we know what their powers are; the next question is, how can they awaken them in the time of need? In the anime, it is hinted that Mikasa can awaken her powers when she is put under immense pressure. This made many fans speculate that only in the time of pure need and stress, can the Ackerman’s awaken their powers.

This can also be due to their ties with the Eldian’s. Levi also gained immense strength and stamina when he was fighting the Beast Titan who killed commander Erwin.

In the anime, only three Ackerman are shown

Viewers of the anime can count how many Ackerman’s are shown on one hand. People started asking how a group of super-soldiers are so scarce in the world. While there might be other reasons, the main speculation is due to political persecution.

When King Fritz created the walls, he used the power of the titan to manipulate the memories of his people. Since the Ackerman’s could resist that power, they were persecuted to the point of extinction. To stop the truth from spreading, King Fritz almost finished the Ackerman bloodline.

4. Comparing Against the Power of Titans 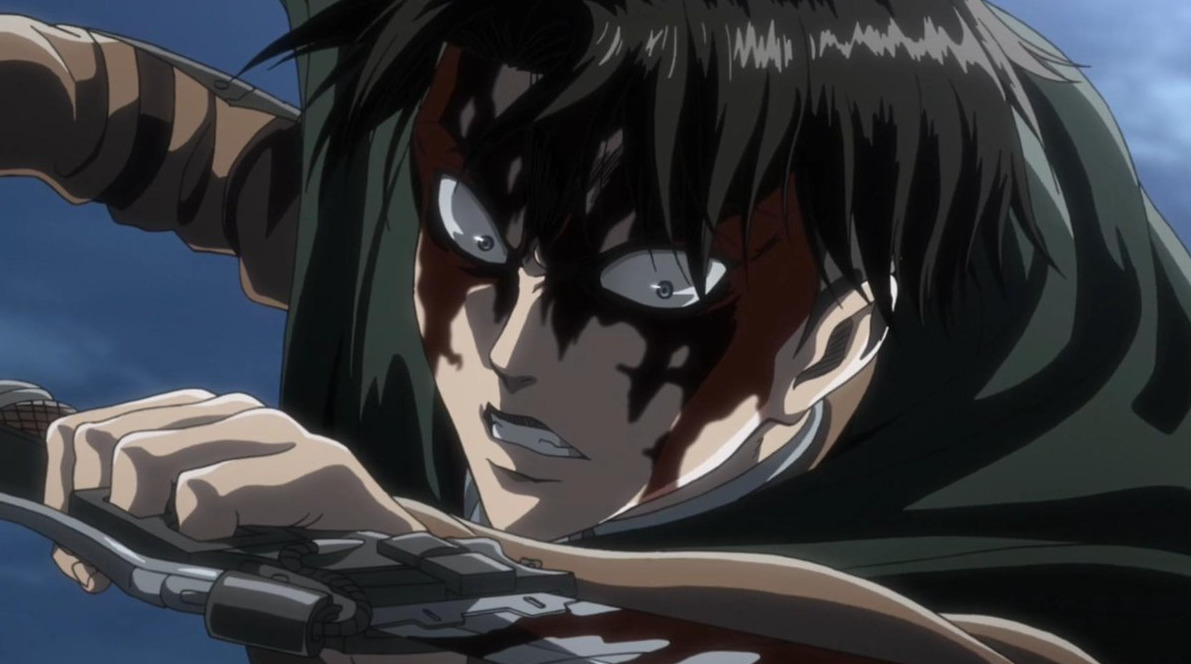 Captain Levi is a force to be feared. Even the titans know the strength of the great captain. The same can be said about Mikasa as well. Everyone counts on them to obliterate the threat of the titans when they are under attack. Both of these super-soldiers have proven repeatedly that they are unmatched even compared to titans, let alone a normal human soldier.

Levi went against the Beast Titan and his army. He still came out on top and almost killed the Beast Titan. Despite being one of the most powerful titans, Levi made quick work of him and made the titan seem like no threat at all.

3. What is an Eldian Host & How Does it Relate to the Ackerman’s? 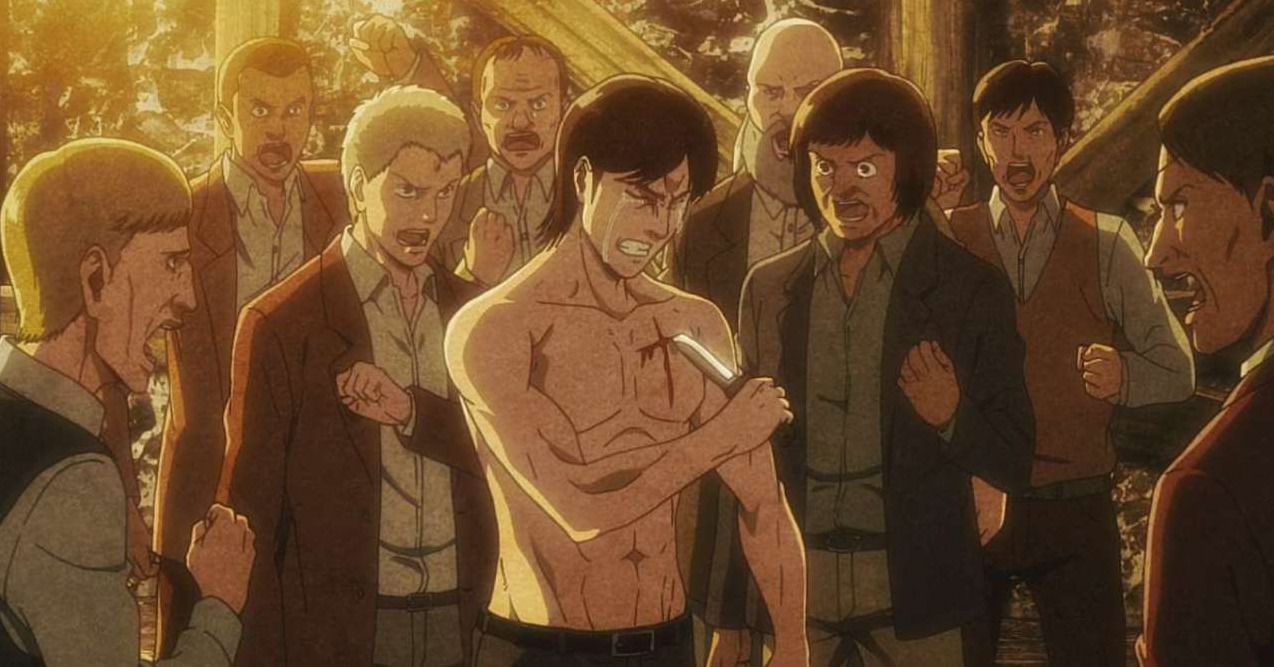 It is believed that the Ackerman are controlled by Eldian hosts

As of now, the anime has avoided the idea of an Eldian host that gives the command to the Ackerman’s to activate their powers. This idea was first revealed in the manga by Eren. According to Eren, if Ackerman denies the Eldian host, they can never fully utilize their power and are subjected to excruciating pain until they submit.

This can be further backed since the manga version of Mikasa often has chronic migraines. Maybe the anime will explain this in another manner or maybe it will completely ignore it. But it is still interesting that the Ackerman history is far deeper than one can imagine.

2. How Do They Compare with Other Human Soldiers 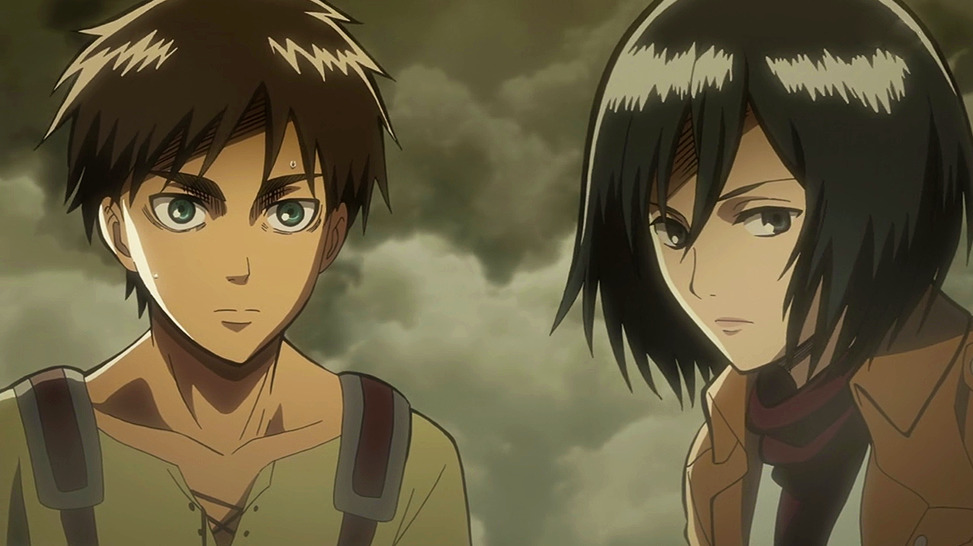 As far as other human soldiers go, none can match the agility and stamina of the Ackerman’s. There are a few exceptions like Eren – the main character possessing the power of the Attack Titan. But even then, Eren does not come close to the capabilities of Mikasa or Levi. Only the Ackerman’s can outperform each other and even then, Levi is in a league of his own.

1. Are Levi And Mikasa Related?

Levi and Mikasa are extremely dangerous on the battlefield

And finally, let’s talk about are Levi and Mikasa related. While at first people assumed that both of them are siblings since they share the same last name, that is not the case. They share the same ancestor but both of them hail from different branches. In combat, they definitely are related since both of them possess superb techniques but other than that they are not related. Some people might consider them as distant cousins but that’s all there is to that.

We are now at the end of our discussion about whether Levi and Mikasa are related. We hope we could clear up some facts and misunderstandings about the Ackerman’s. If you enjoyed this article, let us know in the comments below and tell us about your favorite character from Attack on Titan.