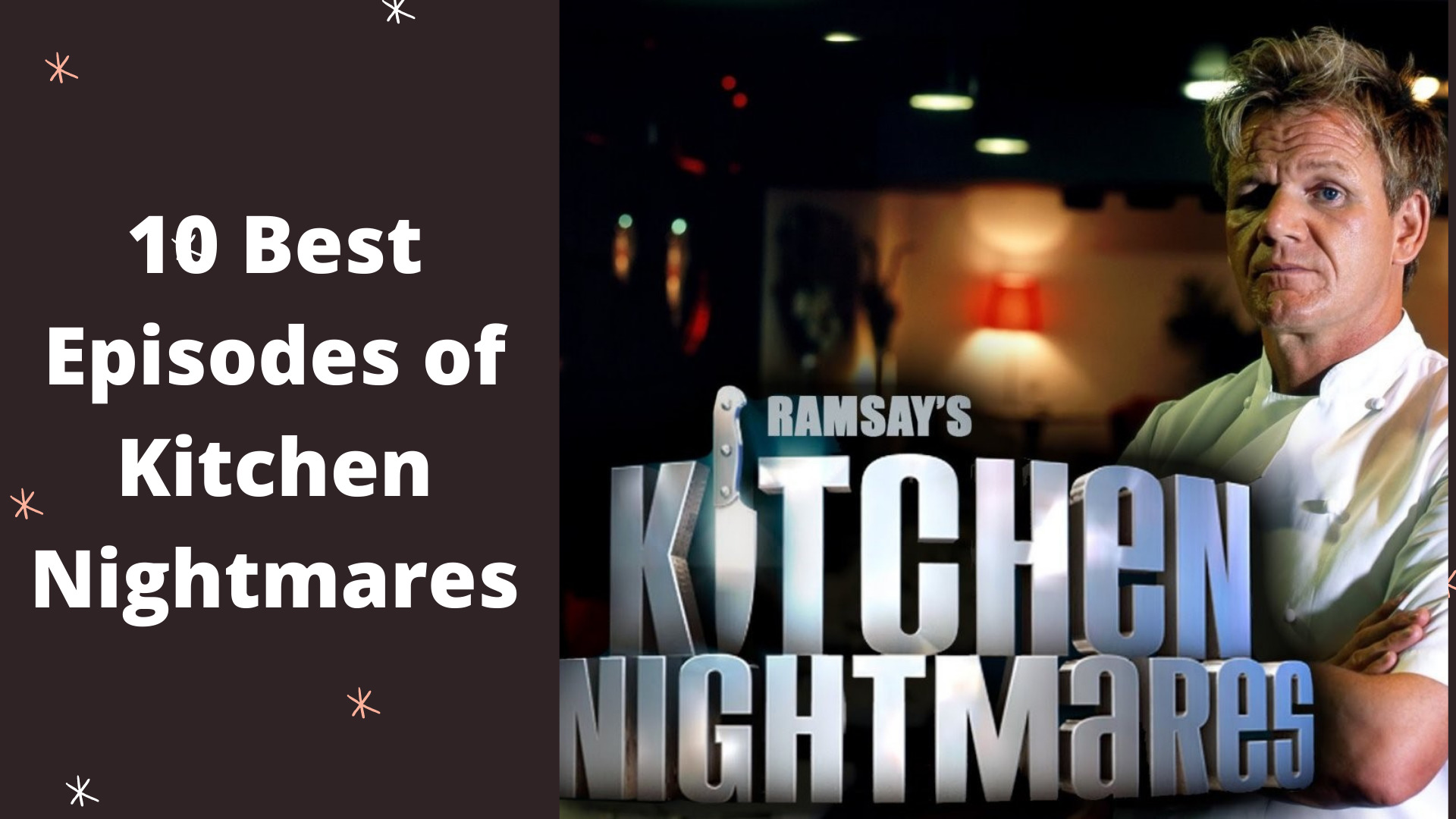 Gordon Ramsay is a well-known chef on an international level. If you are a foody person, you should know him. He is one of the most recognized chefs across the globe. He has been recognized as the best British chef. Kitchen Nightmares is a series of the USA in which Gordon Ramsay visits various restaurants to help owners make their business better. Ramsay’s stressful visits and critical analysis of the restaurants have given you the most entertaining and comic shows. The best episodes of Kitchen Nightmares were possible just because of him.

Now, we will give you the list of the 10 best episodes of Kitchen Nightmares:

Amy’s Baking Company is the 16th episode of season 6. It has the highest IMDb ranking, i.e., 9.2 out of 10. Jay Hunter directed this season. In this episode, Ramsay Gordon argued with awkward owners of the restaurant who failed to establish Amy’s Baking. The owners tried to threaten Ramsay and even customers. Have you ever seen any restaurant threatening its customers? That’s truly weird. Ramsay gave them some valuable suggestions to improve their business setup, which resulted disastrously. They even threaten Ramsay for his interference. Finally, everything was so much heated up that it ended up with a huge loss. Amy’s Baking is not more functional now, and the people of Arizona are secured. In short, this episode is full of comedy, drama, and power-packed entertainment. 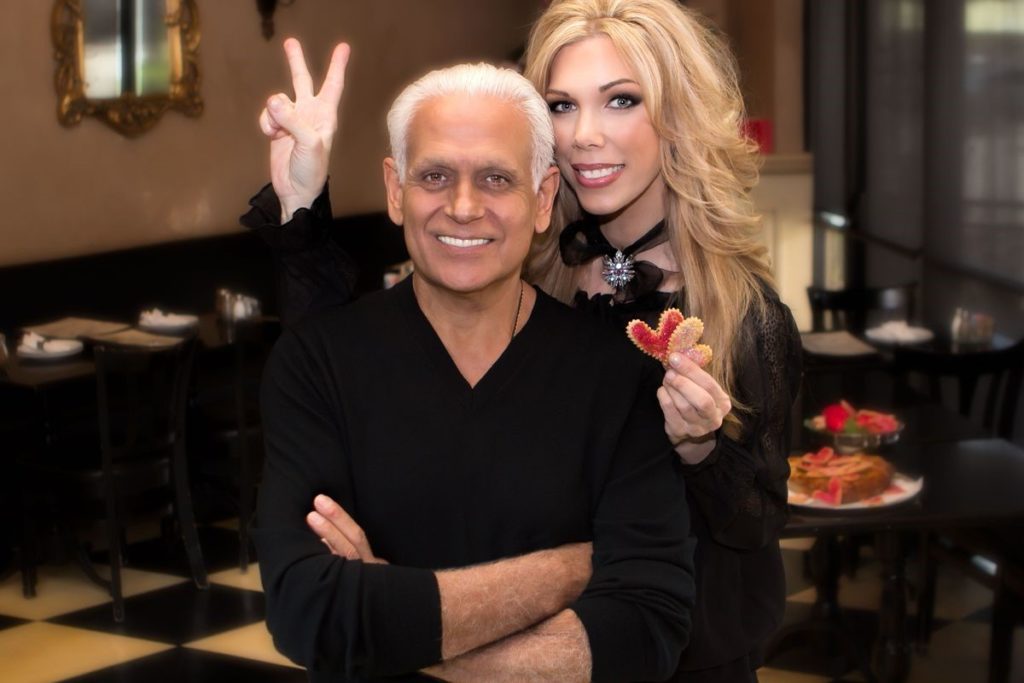 Oceana was the 14th episode of season 4 with 7.9 ratings. If you compare the hilarious moments of Kitchen Nightmares, probably, Oceana will be matchless in this regard. The owners felt that Ramsay was British, so he was unable to speak English. Moreover, you can find some funniest Kitchen Nightmares episodes were in Oceana when it was not a famous spot. But now, Oceana is grateful to Ramsay for making it the best spot. Therefore, the owners thanked Ramsay for his services. 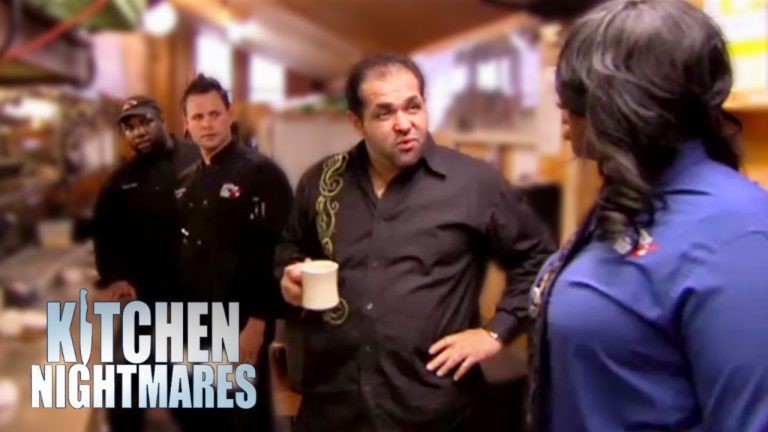 Burger Kitchen has two episodes in season 5 with 7.9 ratings. These episodes prove that Ramsay Gordon can take the restaurant to the peak level through his expertise and skills. The owners commenced a food business with the inheritance given by grandfather. But they faced many problems due to domestic disputes. Further, they suspect that someone is trying to ruin the reputation of their business. In this full of drama episode, management staff and owners can be seen fighting for Ramsay. This is worth seeing the episode. In a nutshell, it was the serious family fight that’s why Kitchen Nightmares aired its two episodes. 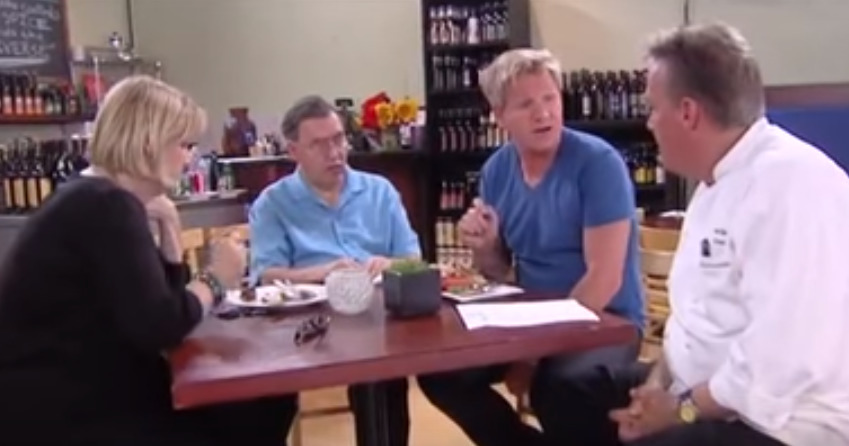 If you want to watch the best episode of Kitchen Nightmares on the UK or BBC, Momma Cherri’s Soul Food Shack is a perfect choice. It has 7.9 ratings. Gordon Ramsay can be seen loving the meat that was served. It happened rarely. Ramsay just loved Momma Cherri’s meat. Ramsay discovered that despite the fantastic taste, why this business was not getting victorious. Then he observed that Momma Cherri needed advertising and promotion to attract more customers. Ramsay improved its inefficient management as well.

Mill’s Bistro was 11th and 12th episodes of season 6 with 7.8 ratings.  If you want to know the worst owner in the food chain, you must watch these episodes of Mill’s Bistro. The notorious restaurant owner, Joe fired all the staff members who refused to accept his orders. Even he fired Gordon Ramsay as well. Both the episodes are full of intense drama. Ramsay fought against the egocentric owners who lied about the freshness of their food items. This episode will urge you to watch the series Kitchen Nightmares. 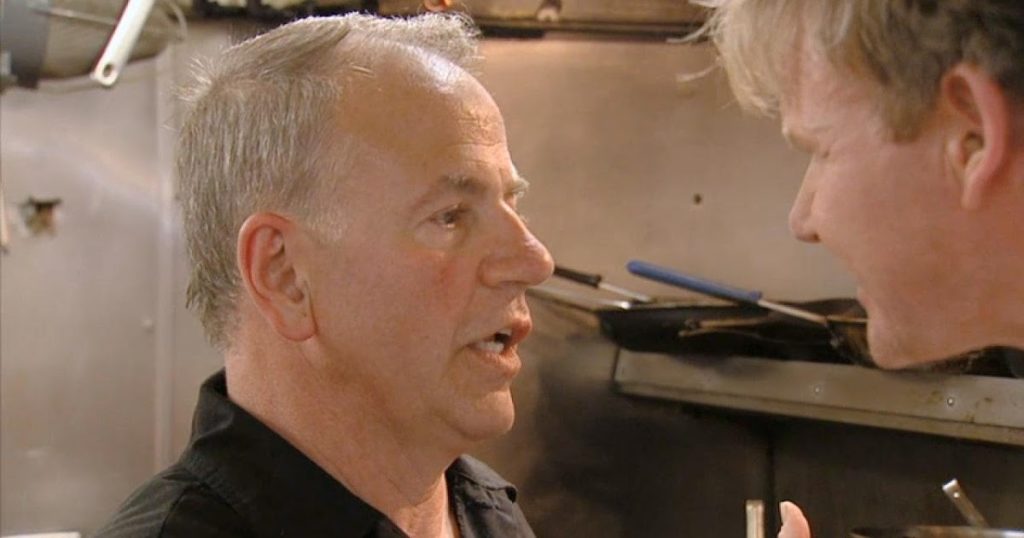 Sebastian was the 6th episode of season 1 with 7.7 ratings. It is a pizza restaurant in California. A stubborn boss was running it who tried to rule on everything. He was not ready to make any changes suggested by Ramsay. Sebastian had problems with the weird menu and food. It was providing all the menu, and that was the most tragic thing. In short, the mulish and power-drunk boss and mismanaged menu made Sebastian disastrous.

Similar Reads: One Punch Man Ending: How and When Will Series End?

Dillons was 2nd episode of season 1 with 7.6 ratings. It is a New York-based restaurant that offers a unique combination of British and Indian food. Ramsay had to face plenty of problems at the start of Kitchen Nightmares’ episodes. It is just the 2nd episode, but it still has a huge fan following. Dillons had unprofessional staff and unhygienic food that was disastrous. Henceforth, Ramsay was bombarded with problems, and he tried to relieve stress and solve serious issues.

Piccolo Teatro was 2nd episode of season 5. It is a vegetarian restaurant that amazingly offers meat. Isn’t it different from other restaurants? Yes, totally. One can never think of such a restaurant in the capital of France. Ramsay went on a visit to Paris. He fired the French chef, who was bizarre for optimizing the restaurant. This episode is full of entertainment. Later on, the owners closed this restaurant in April 2007. 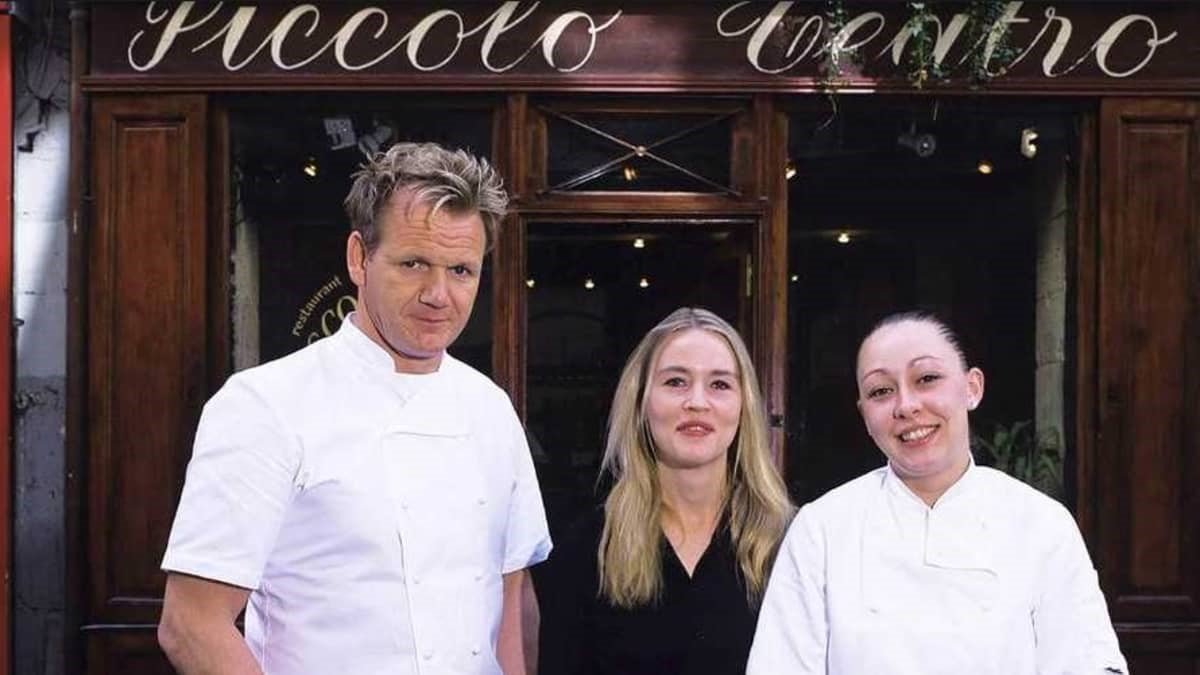 Fenwick Arms was the 2nd episode of season 4. It was owned by Brian and Elaine. The restaurant owners do not know about pub food, and Ramsay asks them to make things better. Being a classic series, this episode is full of rich drama. Interestingly, the owner does all the tasks like a sole proprietor; he cooks food and manages everything. Moreover, he offered fancy food in the pub restaurant, which makes this restaurant pretentious and destructive. Later on, this restaurant stopped working in 2011. 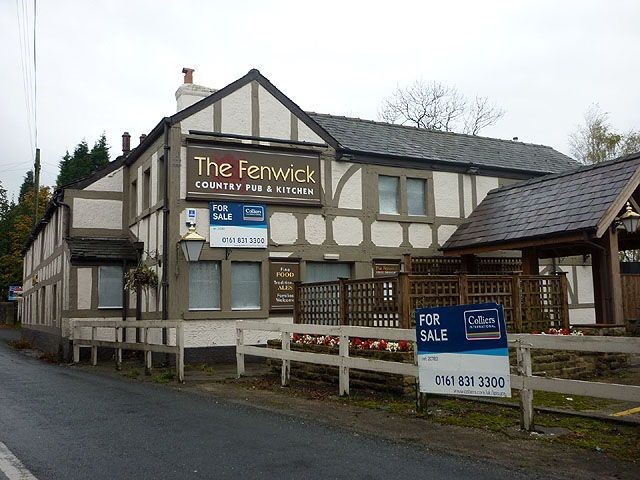 Spin-A-Yarn Steakhouse is the 13th episode of season 5 with a 7.5 ranking. Jay Hunter directed this season. You can see an ancient restaurant in the middle of the episode. It was one of the best hideaway spots in California. But it faced huge losses due to its bad services, founders’ mismanagement, menu, not qualified staff, and old decor. The management team wants to revive their restaurant, and they expect that Gordon Ramsey can do such wonders. 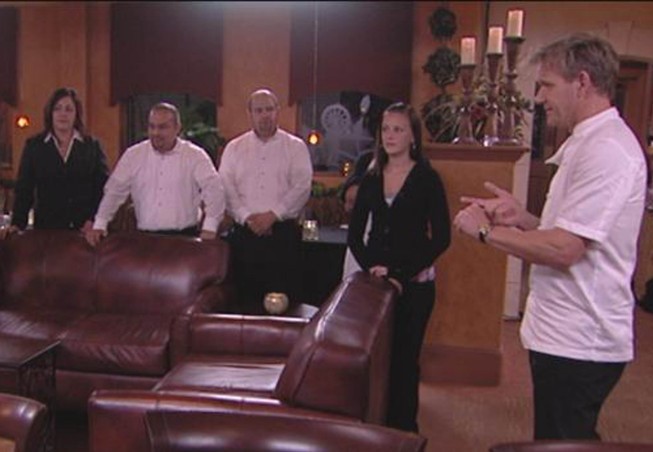 If you want to have an experience of TV series, just like a roller coaster ride, you must watch Kitchen Nightmares. You will enjoy all the scenes full of comedy, drama, entertainment, and some stupid moments. Further, Ramsay’s character will teach you some lessons as well. You will see how he has gained so much fame in the food industry due to his honest comments and suggestions. Finally, I hope you will not miss this opportunity to watch the amazing Kitchen Nightmares episodes, so enjoy watching them.

More Articles Like This: Let’s Find Out What Creed Said in Chinese