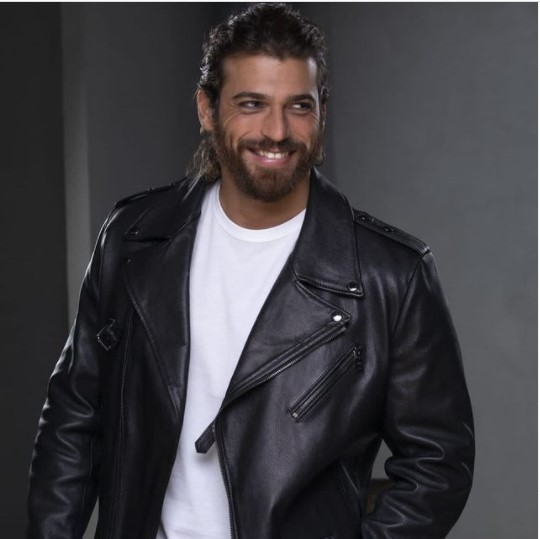 Here’s everything you need to know about the popular Turkish actor and model.

Complete Biography of Can Yaman

You might have seen Can Yaman in different Turkish TV series. The famous actor, model, and lawyer by profession, Can Yaman has many fans across the world. In this article, we discuss the complete biography of the Turkish actor Can Yaman. If you are a follower of Can Yaman, then this article will be helpful to you.

Can Yaman is extremely popular among the youth. Here we have included the wiki and facts of this popular model. Many of his fans are always curious to know about the personal and professional life of Can Yaman. This is why we are providing you with an informative article that can tell everything about the life of this famous Turkish actor. Let us now find the early life, family background, career, net worth, and facts about the Can Yaman.

Who is Can Yaman?

Can Yaman is a well-known Turkish model and actor. He is also a lawyer by profession and is Turkish by citizenship. The actor has received many awards and recognitions for his work in movies and T.V series. Starting his career from Gonul Isleri to working in some popular TV series, Can Yaman has done some extraordinary work in his acting career. Keep reading to know about the Can Yaman wife, personal life, career growth, and net worth.

You might have seen this actor in the popular Turkish series “Erkenci Kus.” He has even received multiple awards and recognitions for his performance in this series. If you want to learn more about how Can Yaman changed his profession from a lawyer to an actor and model, then read our complete article.

Early Life And Background of Can Yaman

Can Yaman was born on 8 November 1989 in Istanbul, Turkey. The parental grandfather was an Albanian from North Macedonia. Can Yaman is also the nephew of the popular football coach Fuat Yaman. Can Yaman was the only child in his family. His parents got divorced when he was only five years old. Can did his graduation from Bilfen Elementary School. Can Yaman’s grandparents took great care of him. 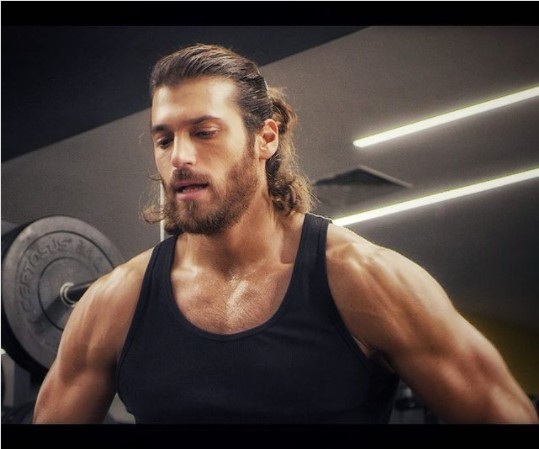 His grandfather was from Yugoslavian, and his grandmother was from Macedonia. Yaman also spent a few years of his life in the United States of America. After that, he returned to Turkey and was enrolled in the University of Yeditepe at the Faculty of Law. Yaman graduated from that college in 2012. After completing his degree, he passed an internship at a popular corporation called “PricewaterhouseCoopers.” Before becoming a model and actor, Can worked for six months as a lawyer. Now that you know the early life and family background of Can Yaman, let us find out more about Can Yaman wife and his career growth.

“If you read enough biography and history, you learn how people have dealt successfully or unsuccessfully with similar situations or patterns in the past. It doesn’t give you a template of answers, but it does help you refine the questions you have to ask yourself.”

Can Yaman Wife And Family Members of Can Yaman

His fans often ask about Can Yaman wife and other info. This is why we are sharing this information in this section. Can Yaman is unmarried, but people often ask about ‘Can Yaman wife.’ However, the actor has been in several relationships that we can share with you. Yaman met Acleya Topaloglu on the set of his series “Love out of spite” series.” The actress played the role of Define in that series. Their relationship was popular both on and off-screen.

Both of their fans always kept talking about them. However, later Yaman moved to a new relationship with actress Bestemsu Ozdemir. Let us tell you that Yaman talks a lot about his professional life and work but does not reveal much about his personal life. Bestemsu and Can dated for about eight months until December 2017 the actress announced that they broke up. The actress revealed this at the gala premiere of the film “The Lord of the Gulls” when reporters asked her questions about Can Yaman.

She said, “do not ask me any more about Can Yaman as we broke up. I am saying this because you were used to seeing us together.” Bestemsu clarified that no third parties were the reason, and it was simply because they did not get along. Currently, Can Yaman is dating a model, sports commentator, and internet celebrity Diletta Leotta. Now, you have your answer related to Can Yaman wife questions. Let us find out some info about the height, weight, and other physical features of Can Yaman.

Physical Features And Appearance of Can Yaman 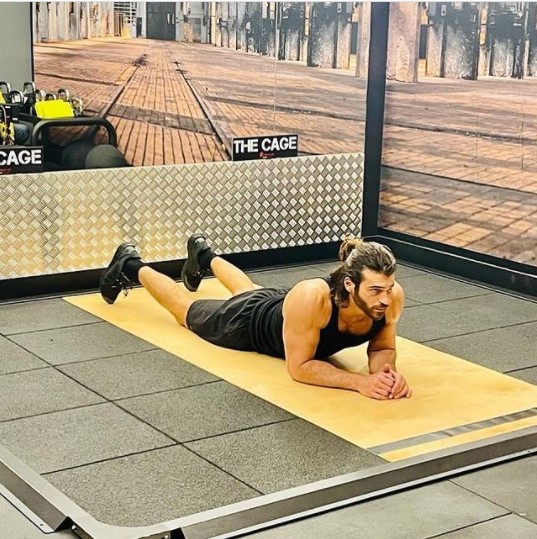 Career Growth of Can Yaman

After learning about Can Yaman’s wife, early life, and physical features, let us find more info about the thing he is popular for. Here, we explore his career growth and filmography. Can Yaman attended a few courses in the acting skills of Gyuneyt Sayil when he was studying at the university. Earlier, acting was nothing but a hobby for Yaman. His main goal was to become a successful lawyer. Yaman improved his articulation and diction to speak confidently in the court sessions during the six months of the course.

He gained several skill sets to become more professional in his career. Can Yaman often recalls what his close friends used to say that he works as a lawyer and wastes time in the courtroom. His three Turkish TV series became extremely popular among the audience. While these shows may not have the highest rating, Yaman had a good start in his acting career. It was 2014 when Yaman started filming his first series called “Affairs of the Heart” (the role of Bedir). He shared the screen with some popular actresses like Selma Ergec and Sinem Kobal.

At that time, Yaman had to lose 6 kilograms to make his shoulders less wide and muscular as the series demanded. He recalls that he was greatly changed in appearance and his stylist even apologized that he disfigured him. Yaman’s debut series became so successful that people started recognizing this Turkish actor. Yaman’s next work was “Love out of spite” in which he played the main character of businessman Yalin Aras.

This series also became very popular and captured the hearts of the Turkish audience. It was this series when he met the actress Acelya Topalogluand. Yaman started filming his third series, “Which of us did not love?” in 2016. In this series, he shared the screen with actress Selen Soyder. Some other popular projects that Yaman is a part of include “Full Moon” and “Wealth.”

Here is the complete list of filmography of this popular Turkish actor and model:

Check below the awards and recognitions that Can Yaman has:

Can Yaman Net Worth

If you are curious about knowing the net worth of Can Yaman, then here we are sharing an approximate estimate of how much he earns. We are providing an approx figure as both salary and asset change over time. Currently, the total net worth of Can Yaman is around $700-800K (as of 2020). His income comes from his acting and modeling careers. Yaman also earns a huge proportion of money by doing paid promotions on his social media handles. 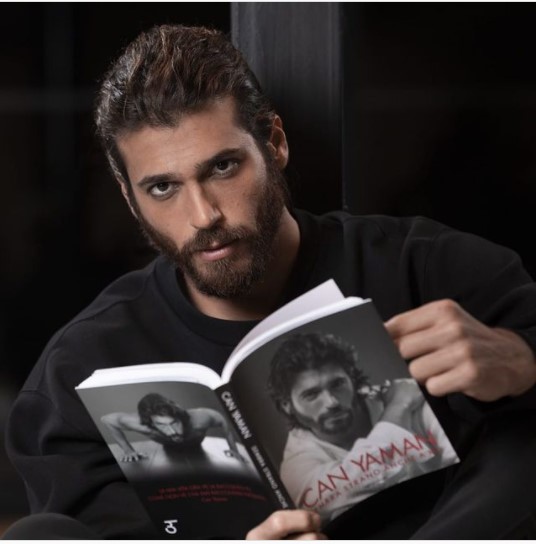 Check below the social media profiles of Yaman where you can follow him:

Hobbies And Interests of Can Yaman

Now that you know everything about this famous Turkish TV series actor and model. Let us explore some unknown facts about him. Similar to his career progression, Can Yaman’s hobbies are also very diverse. Being a lawyer, he has excellent public-speaking skills and is fluent in different languages, including Turkish, English, German, and Italian. If we talk about his sports interests, Can is fond of playing and watching table tennis, basketball, badminton, and rafting.

Aside from this, he also loves playing certain musical instruments such as guitar and piano. Can Yaman’s uncle was the coach of the Besiktas team, and this is one of the reasons why he is interested in sports and is also an excellent player in basketball and football. In fact, Yaman had once received an advanced scholarship for his excellent gaming performance in the student basketball team. Currently, Can Yaman also has a personal fitness program. He avoids adding any supplements for muscle building and prefers to eat delicious food.

This was everything you wanted to know about Can Yaman and his personal life. If you are a fan of this Turkish star, then you can use this article to learn some interesting and unknown facts about him. Can started his career as a lawyer and later moved to modeling and acting. Now, his career progression itself proves how hard-working this actor is. Also, he has plenty of skills, from acting to playing popular sports. Can Yaman was featured in many magazines, and many of his fans are impressed by his good looks. Do you want to follow this Turkish actor on social media sites? We have provided the links to his social media handles where you can follow the actor.

Frequently Asked Questions About Can Yaman

There can still be a few questions left that you want to ask about the popular Turkish TV actor Can Yaman. This is why we have gathered a few common questions that his fans often ask and answered them below.

Where does Can Yaman live?

What are the hobbies of Can Yaman?

Can Yaman’s hobbies include playing basketball, table tennis, and football. He also likes to play guitar and other musical instruments.

How old is Can Yaman?

Is Can Yaman married to Demet Ozdemir in real life?

No, Can Yaman is currently unmarried. However, he was in a relationship with the actress Demet Ozdemir. Currently, Can Yaman is dating Diletta Leotta, who is a sports commentator and model.

How much does Can Yaman earn?

The current net worth of Can Yaman is around $700-800k. His income comes from his TV series work, modeling, and paid promotions on Instagram.