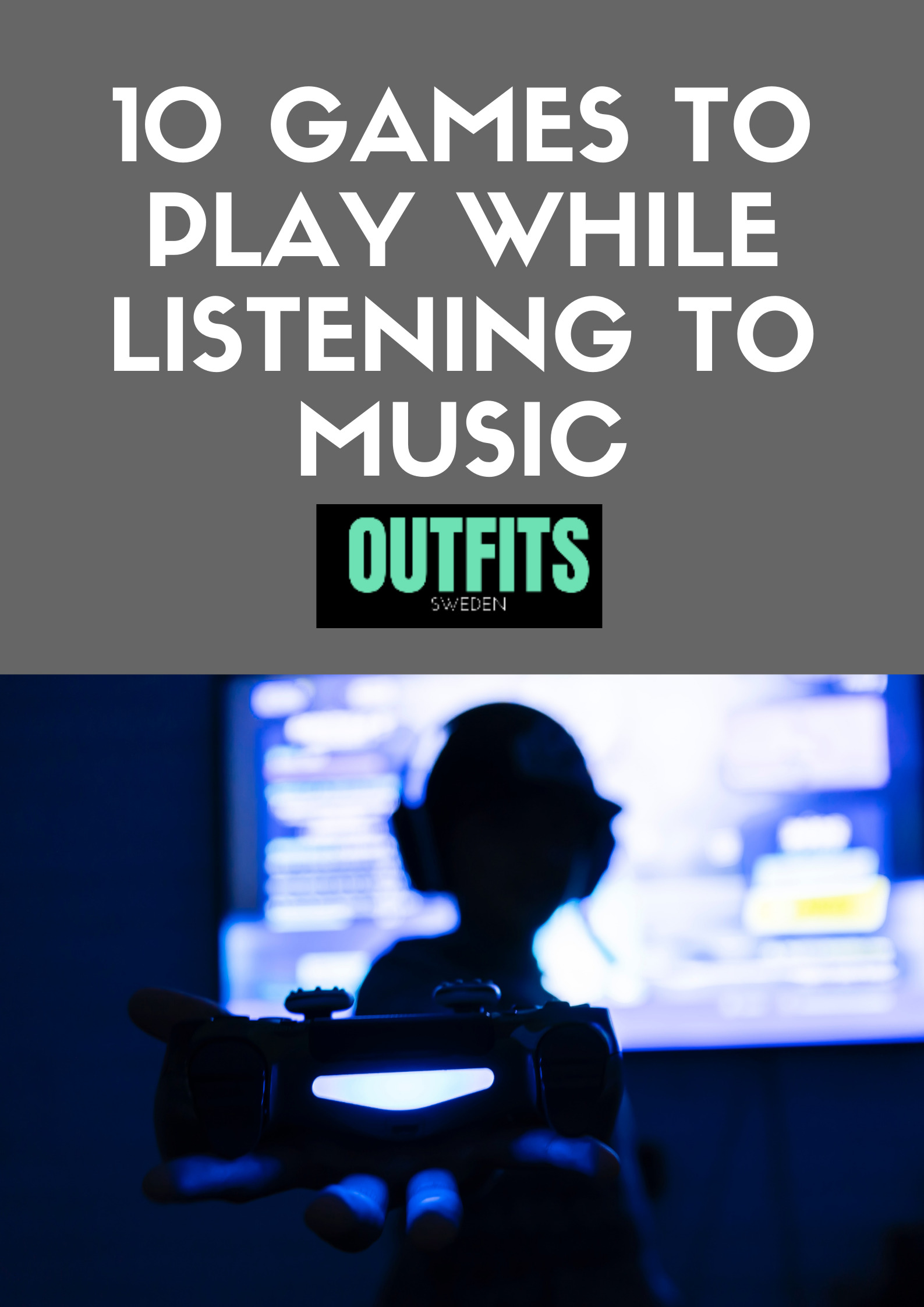 Games require a lot of your attention, and instead of relaxing you, they make you go through a range of emotions that are far from soothing. In this article, we have brought 10 Games to play while listening to music. These will help you relax, think, meditate, and, most Importantly, Listen to Music while playing games.

Games To Play While Listening To Music 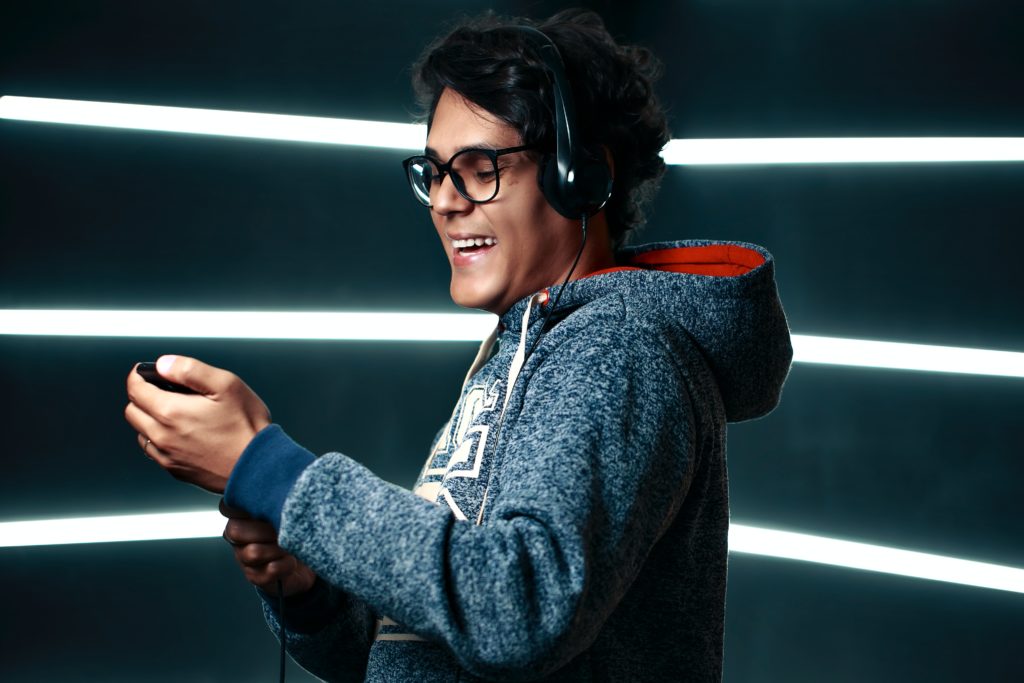 It was always easy for PC gamers to play music and simultaneously play their game, but now it has been made easier on video game consoles as they have their dedicated apps like the Spotify app on the PlayStation and Xbox. Here let me show you some games that you can enjoy this way. 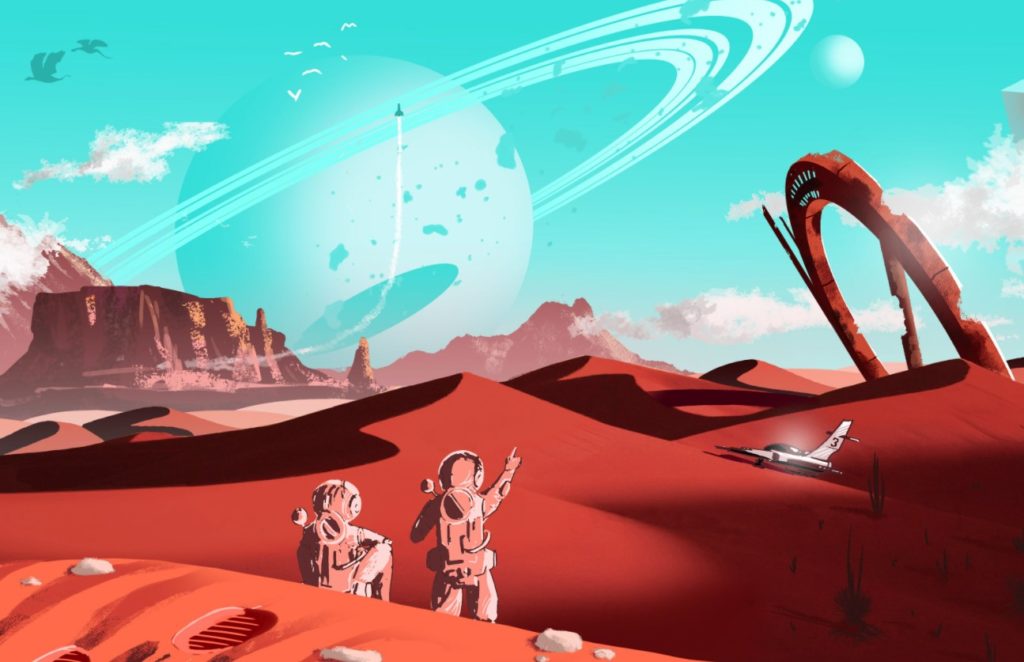 Our top pick for this list is No Man’s Sky. Which was once one of the most anticipated games of the world, but it all turned sour after the bugs and the lackluster effort put by the developers to polish the game. But they have worked tirelessly on it post-release, and now it might be the most incredible space sandbox game.

Where you visit uncountable planets, explore a plethora of alien species. It is a game that needs you to be patient, there is no hack or slash in this game, making it perfect for turning on your favorite music and playing the game. 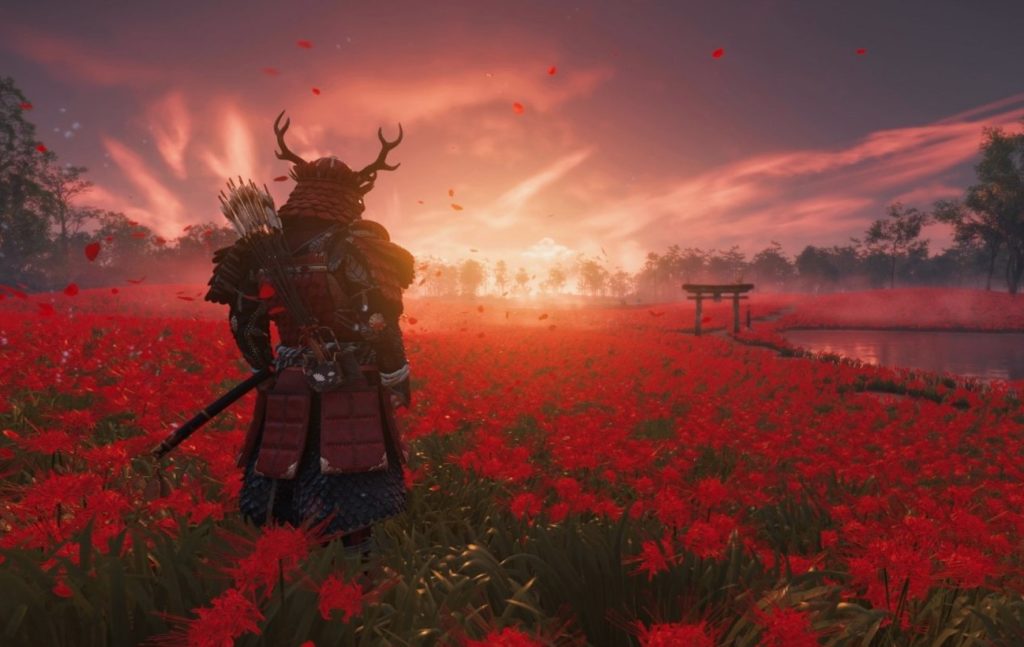 Ghost Of Tsushima was my game of the year for 2020. This was released alongside The Last Of Us Part 2, which received mixed reviews even from die-hard fans of the first part, but still, it got its hands on more rewards than this game. Coming back to Ghost Of Tsushima, it is set in medieval Japan, and it has captured the essence of that time perfectly.

There is gore involved, and indeed, it is not as relaxing as No Man’s Sky if you intend to play the story. But in free roam, playing this game on 4k resolution while playing your favorite Japanese music in the background is certainly not a bad idea. 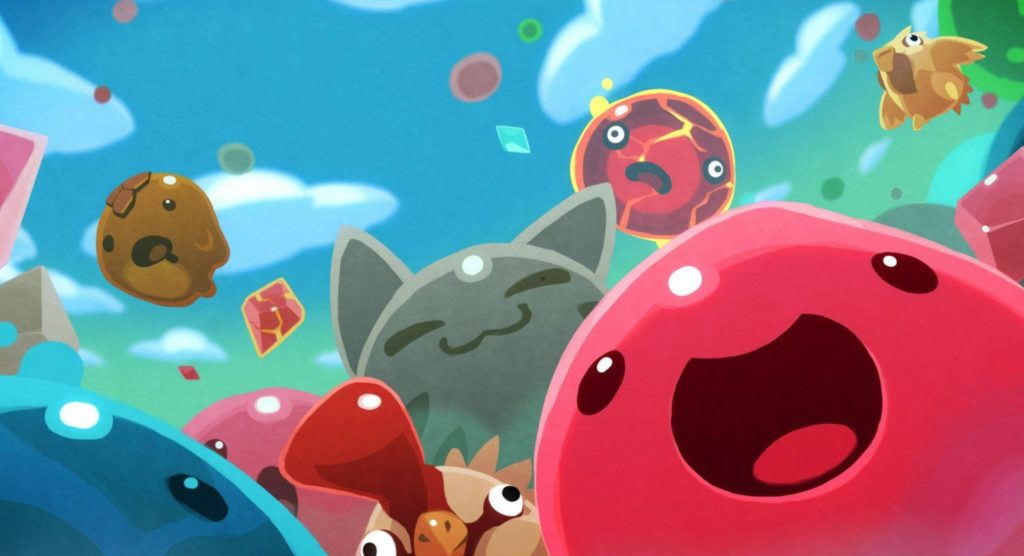 It is a feel-good game. Slime rancher is based on an exciting concept. You have to cater to the need of adorable creatures, for whom you have to collect slime.

You have to, in a way, babysit them; and are responsible for feeding them and collect their poo, which is known as plorts. The game puts you at ease with these bit of adventurous chores, and with your favorite music will make it a great experience.

We have explored consoles and PC games so far. We will talk about our first mobile game on our list of the 10 Games To Play While Listening To Music. Subway surfers, which is available on all leading mobile devices, is one of the pioneers of modern-day mobile gaming. It had over 3 billion downloads in 2020, and it now must have increased. The game is straightforward; a guard chases you as you were caught doing graffiti in the train station. You have to collect coins while jumping over trains and sliding down obstacles.

You have the option to upgrade your character, unlock new characters and set a high score. This can be played almost anywhere, and it doesn’t need you to be glued to the screen with full intensity, yes after some time, your concentration will increase, but for the most part, it is pretty mindless and can be played with the music of your choice. 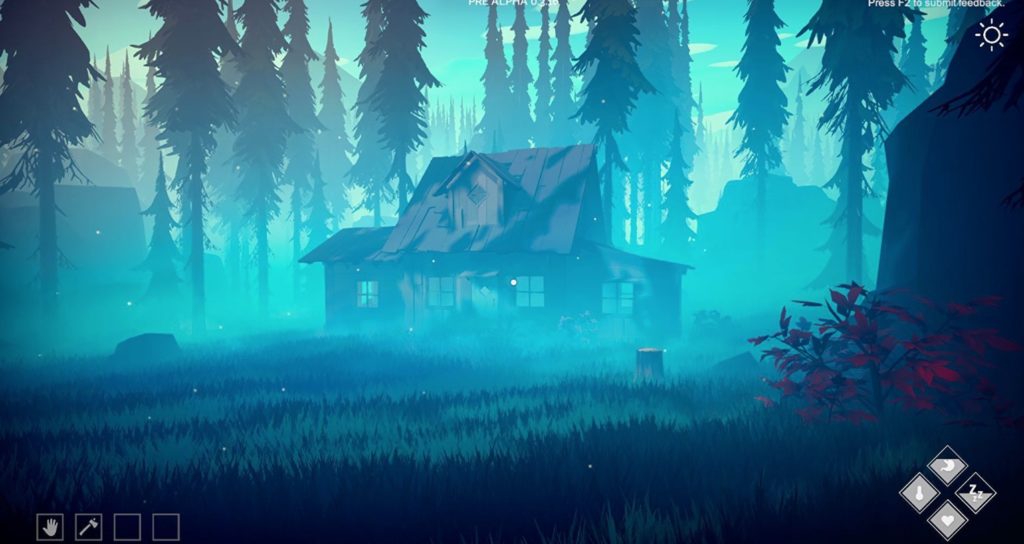 We have explored mobile gaming; let’s come back to the big boy now. Among Trees is exclusively released for PC so far, but the developers are considering releasing it on the PlayStation. It is a survival game, and most of them are far from relaxing but this game is an exception. you are in a beautiful forest with an amazing atmosphere.

The early dawn mist and the late-night breeze in the game will surely make you fall in love with the aura created by the developers through this game. You will be able to eliminate the increasing stress level once you dive into this game. It is a minimalistic game, and it is not cluttered with too much; grab your headphones, play some soothing music, and get lost among trees. 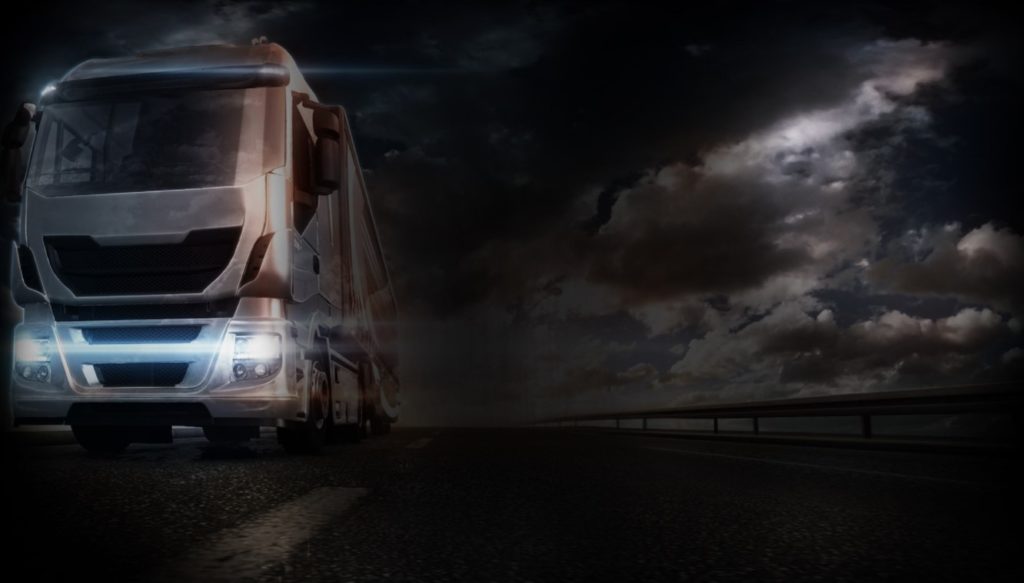 Euro Truck Simulator is one of the greatest games of all time in its genre and has received great critical acclaim. In this game, you are a truck driver who travels between different countries and cities of Europe. The game allows you to customize your truck, buy a new truck, but besides this, the game is mindless, and the purpose is to make you have a relaxing time in front of the screen.

There are ports of this game available on mobile devices now, but fundamentally it is a PC exclusive and not available on consoles. The dynamic weather conditions add to the ambiance of the game. Fire up some music and go and travel Europe for hours in a truck. 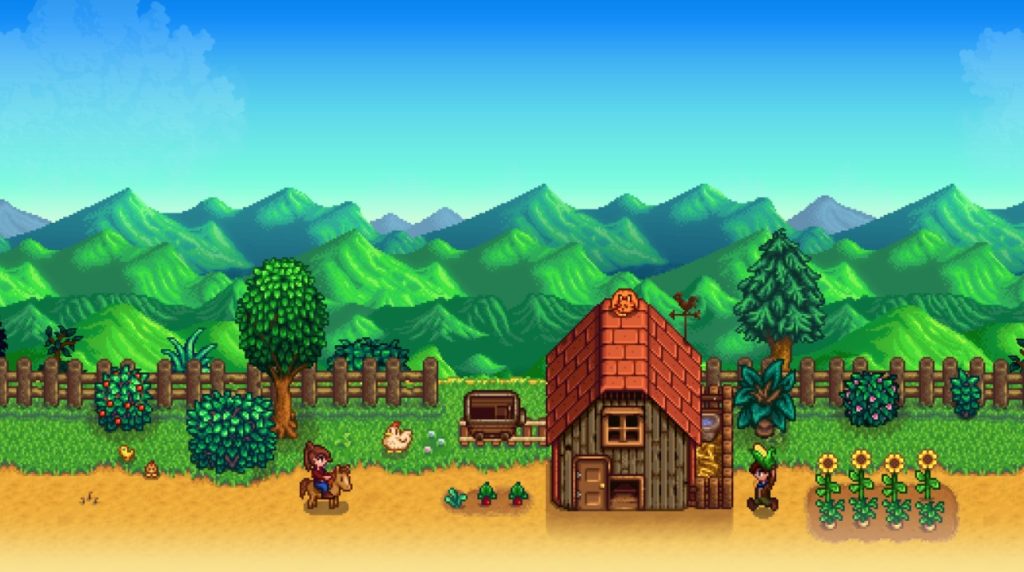 You are from the city who seeks escape on your grandfather’s farm in the country in this game. It is an escape from the city’s pollution, the suffocating cubicle you live in for the traditional life. It is a game where you are allowed to make your life choices. You have plenty to do; you can go fishing, grow vegetables, breed farm animals, and many other things.

The game has some of the most relaxing music in video gaming, and what makes it a happy place for many people as it reminds them of the time they used to play 16-bit games on their handheld consoles like the Gameboy. It is available on all major video gaming platforms, including mobile devices. It is the only 16 bit game on our list of the 10 Games To Play While Listening To Music. 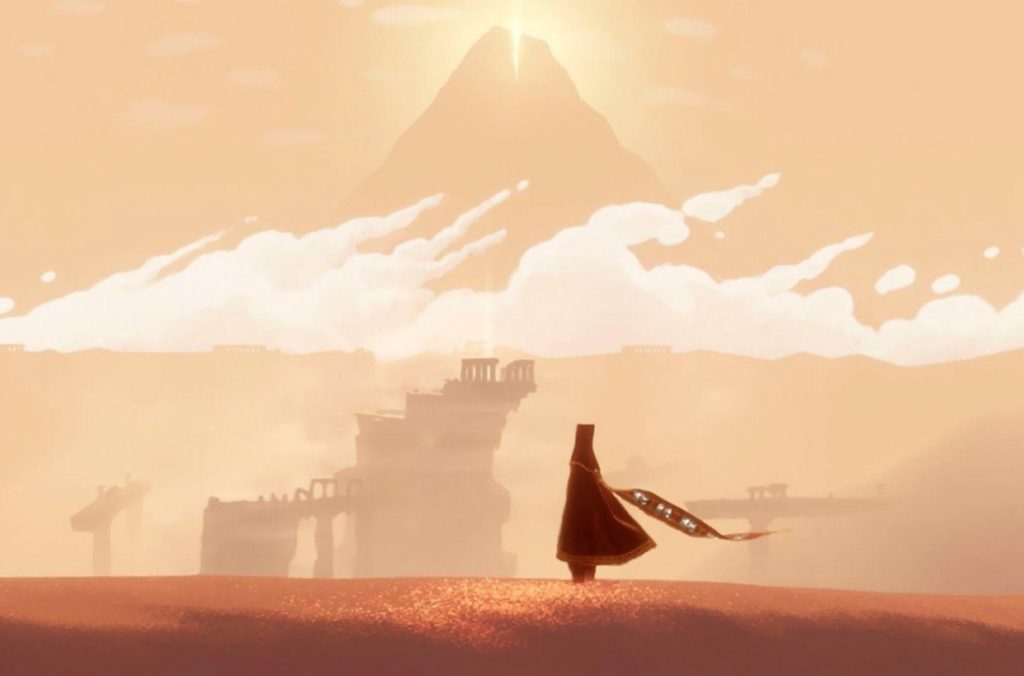 This game was a Playstation exclusive for a long time, but now it has found its way to steam. The game is set in an ancient world where you take control of a mystic creature with very few abilities. It is not your usual game where you will find a story or narratives. This game has a deeper meaning to it, that can only be found by playing it. Religion is the main theme of the game for many people including me but you can have a different interpretation of it and that is what makes it a unique game.

You can play this game all alone or with a random person online, who will not communicate with you through chat or anything, but you both have to cooperate to complete the game together. The bond you build with a completely unknown person makes it a once-in-a-lifetime experience. When I started playing this, I was depressed to the core because of an issue but I still remember my companion “Rbte12,” who played this game from start to finish.

The music on this game was nominated for a grammy. Play your music or the music of the game, but I would recommend the in-game music. The ending of this game is flabbergasting and will charm you for days after you are done with it.

You can hear the mesmerizing complete soundtrack of Journey below.

9. Sky: Children of the Light 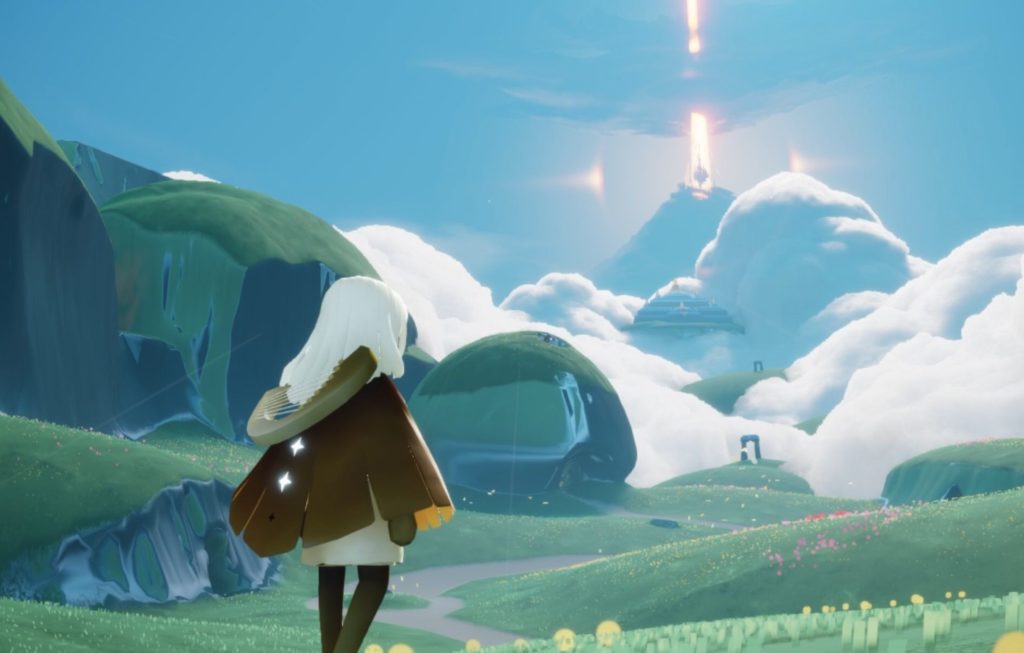 Sky: Children of the Light

We have again come back to the world of mobile gaming. This game is the spiritual follow-up of Journey and developed by the same company but for mobile devices. It is set to release for Nintendo Switch later this year, and for the Playstation, no formal announcement has been made yet, but it will come out for it. It is the only free game on our list of the 10 Games To Play While Listening To Music.

Again, you will start your quest together in this game with players who can’t speak with you, but this time it is on the smaller screen. But it doesn’t mean the experience is bad, not at all. The game is as good as the journey, and you will not think for once that you are playing on a smartphone.

Lay somewhere with your phone, put your headphones on and enjoy the visuals and the music score of this game. You don’t need an expensive console or a gaming pc for this, and it can be played anywhere with ease. The music in the game is enough, and I won’t recommend playing your music.

The movie was released in 2013 for the infamous PS Vita, and then a few months later, it landed on PC. It was developed by a small British company led by two people only. It is an atypical game and will not be everyone’s cup of tea.

The island that you start on is very similar to the world of Minecraft because of the use of raw polygons. But that doesn’t mean it is not a thing of beauty; there is so much to do. The owls, the trees, the fish, and the world look alive. The clouds are much better than what you find on Minecraft, and they are programmed to give a very enthralling feel.
The soundtrack is very dynamic, and it changes according to what you do. The rain has its soundtrack; the animals have their special music when you see them. Just sit down in the game, stop exploring and look at the sun and see how the music changes, look at the clouds from the top of the tree and feel the charm of the music, and get lost in this polygon heaven.

Games aren’t always meant to be played for gore, for violence, and competition. The gaming industry has a niche that many developers are yet to see. It can be a great help in stress management for depression and other psychological issues.

This was our list of the 10 Games To Play While Listening To Music, but if you have more, do tell us about them in the comment section below.

You can also you can find our other top ten list here.