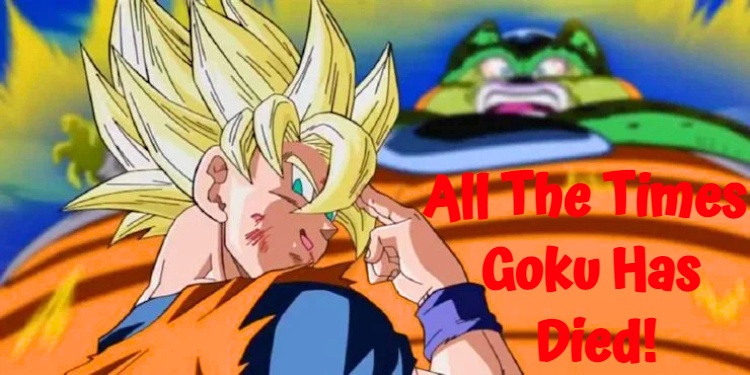 For the most part, death in Dragon Ball does not matter as much in the grand scheme of things that is how Goku dies. Whenever a major character dies, Akira Toriyama- the series creator- makes sure to put some weight behind that death. Almost everyone has died at least once in the series and the main character Goku is no exception to that rule. Curious to know how many times has Goku died? Well, here is a list of when and how many times has Goku died throughout Dragon Ball.

That Brief Moment Against King Piccolo 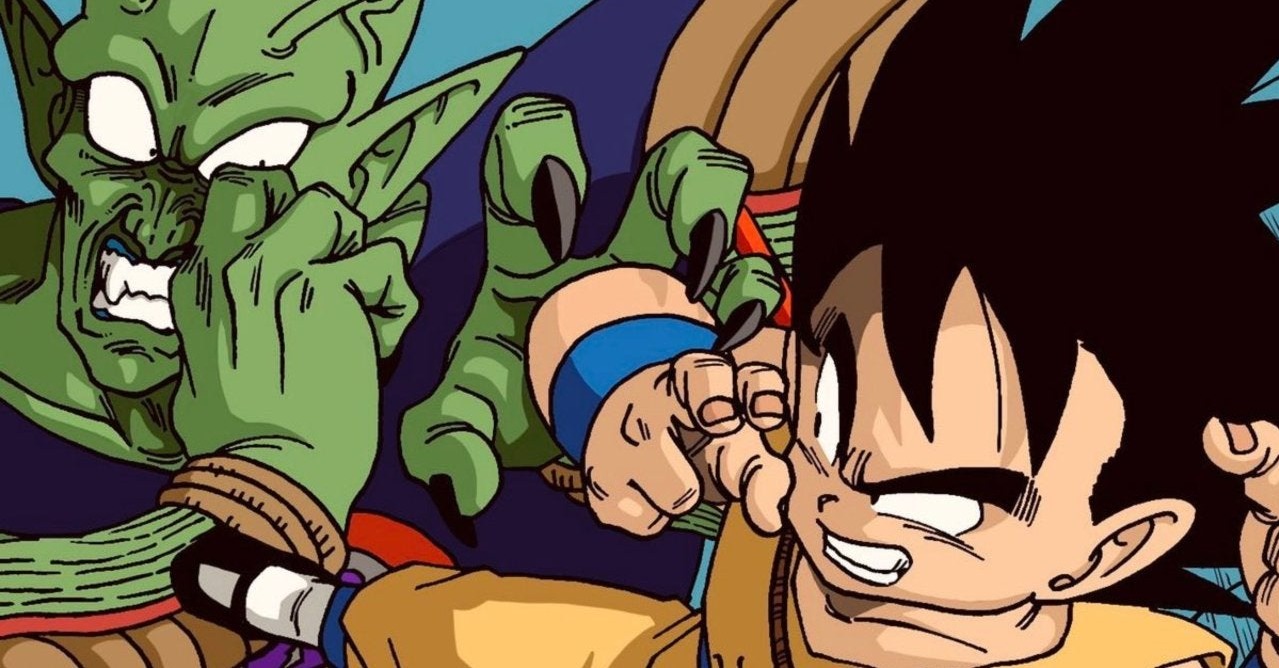 While this might be considered contentious because Goku didn’t stay “dead”, King Piccolo did stop his heart for some time. As far as storytelling goes, this one can be put into the questionable side of things for sure. Unlike other instances, this is the only major fake out death Toriyama has done in the series.

Since Goku didn’t stay dead for long, this one does not have a lasting impact on the story. King Piccolo briefly stops Goku’s heart- thus “killing” him, so we will count it as a death.

Sacrificing Himself Against Raditz 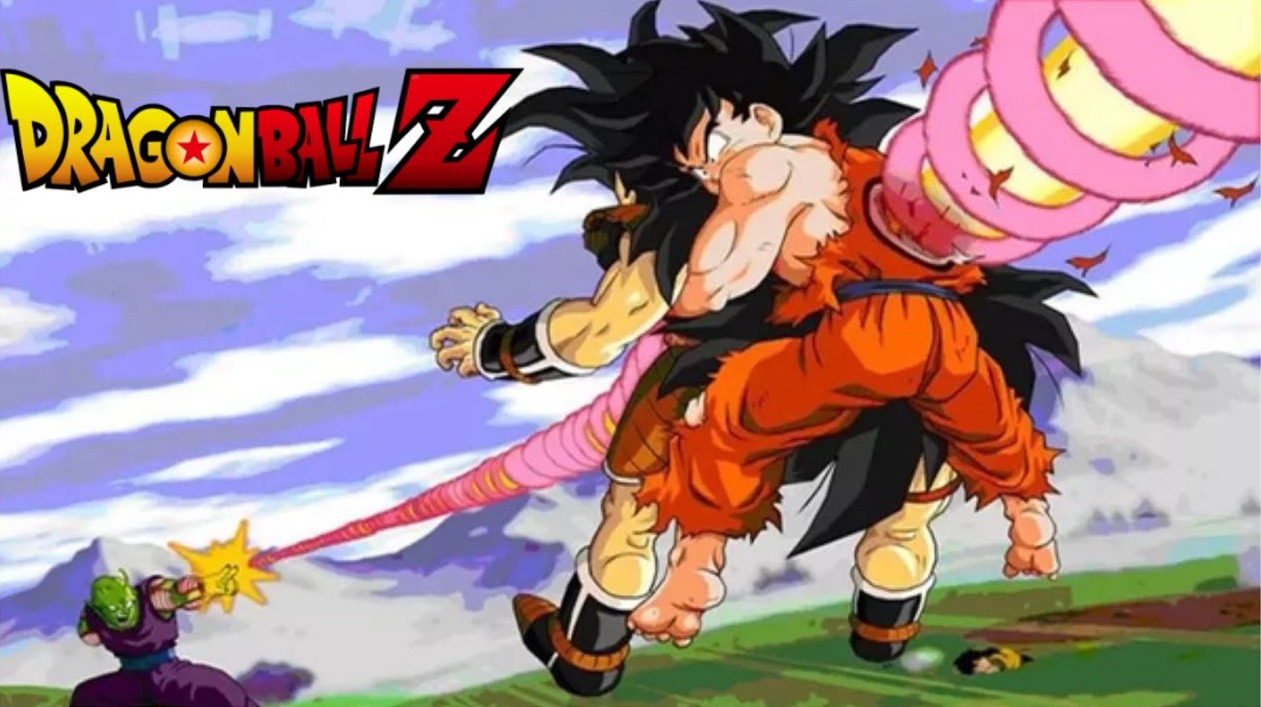 Goku in a fight against Raditz.

Moving on towards the first ‘actual death’ and the one that made the most impact. Goku sacrificing his life to stop Raditz in his tracks is extremely shocking for first time viewers. You don’t see the hero of the story- who seemed unstoppable- die in the first few episodes suddenly.

The way Goku dies while sacrficing himself is pretty heroic to say the least. He held onto Raditz so he couldn’t escape. Meanwhile Piccolo uses his charged up Special Beam Canon to pierce through Raditz’s body and Goku’s heart. This scene is super gruesome and one of the most iconic moments in all of Dragon Ball Z- a series known for having tons of iconic moments.

Goku dies due to a Heart Virus 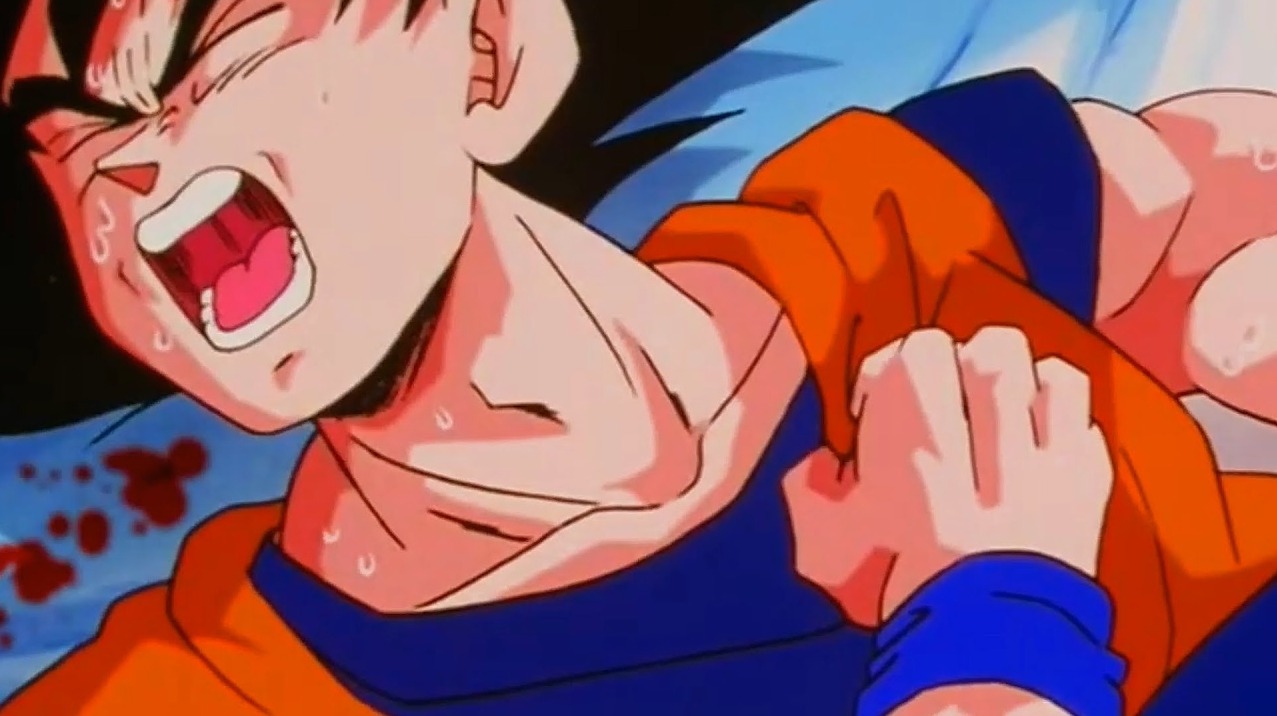 Even someone who is as powerful as Goku is not immune to sickness and disease. After gaining immense power throughout the show, the audience gets to know that Goku will soon die from a heart virus. This shocked everyone around the world when this was first told to the viewers. This was as anti-climactic as it was twisted. Goes to show that Goku is not immune to viruses despite being the strongest in the universe.

All of this however, was avoided because Trunks- a time traveller- brought an antidote and cured our hero. Although Goku died from the virus in his timeline since the antidote was not invented yet. Luckily for us, the Goku in our timeline drank the antidote and remained healthy.

Sacrificing Himself Again to Save Earth 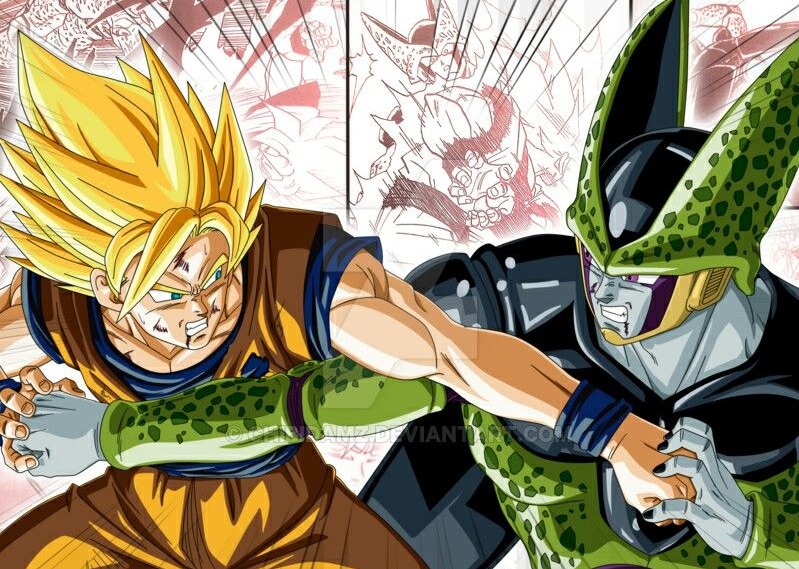 This might easily be one of the best deaths of the entire show. Goku dies while sacrificing himself again- against Cell this time- is perfectly in line with his character. When it truly comes to it, Goku can be the most selfless character in the show. He saved Earth from Cell, who was going to explode, and teleported himself along with Cell to King Kai’s planet. The final words, the music, and the emotional values are all Dragon Ball Z at its best.

All of this however, is soon juxtaposed by Goku dies by killing himself, King Kai, and his entire planet. Goku did manage to protect Earth, but he got another planet destroyed by teleporting an exploding Cell there. This was a worthy trade depending on the person you ask.

Originally this was meant to be a goodbye to Goku; while his son was meant to take the throne. But Toriyama soon changed his mind and brought back Goku after a huge fan uproar. This still doesn’t make Goku’s death any less impactful though. 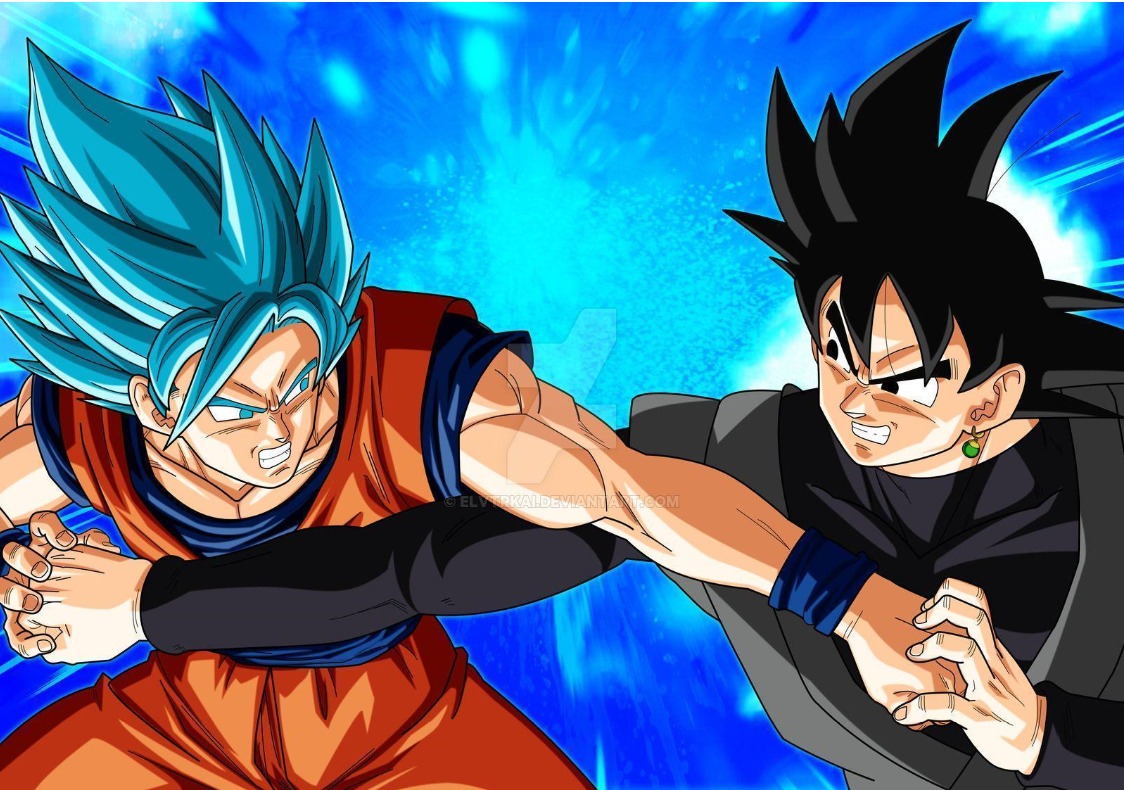 Killed by Goku Black in Super

Toriyama loves to kill off Goku in alternate future timelines whenever he gets the chance. At this point in the series- Dragon Ball Super- Goku had gained the power equivalent to that of Gods. After getting defeated by Goku, Zamasu was incensed and swore revenge against the mortal. He wished to change his body with Goku and then outright killed him. He went as far as to kill all of the close friends and family of Goku as well.

This was one of the darkest moments death in which Goku Dies.

Killed by the Assassin Hit 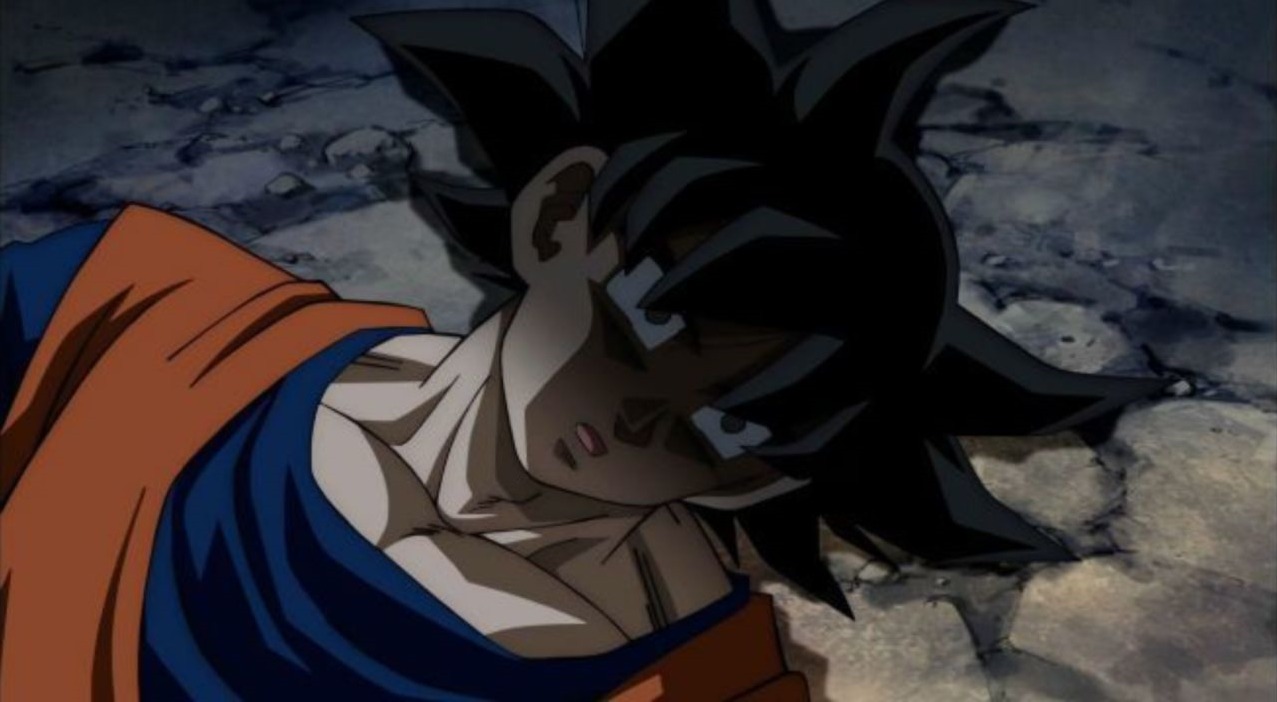 After competing against Hit in a tournament, Goku was impressed by his power level. Unbeknownst to Hit, Goku was the one who hired the Hit to assassinate him. This gave Goku the chance to fight Hit at his full power without holding back. Eventually, Hit got the better of Goku and actually managed to stop his heart by attacking a weak point.

Goku anticipated this however, and managed to fire an energy blast in the air before having his heart stopped. Once the battle was over, the energy blast came back down and hit Goku- making his heart work again. So technically Goku did die for a brief moment just like he did against King Piccolo.

After elaborate research and deliberation, surprisingly Goku died a total of 2 times according to the show’s main timeline. The first was when he sacrificed himself against Raditz and finally when he sacrificed himself again against Cell. All the other times Goku died was either in another timeline or in filler episodes- which are not a part of the main show continuity.