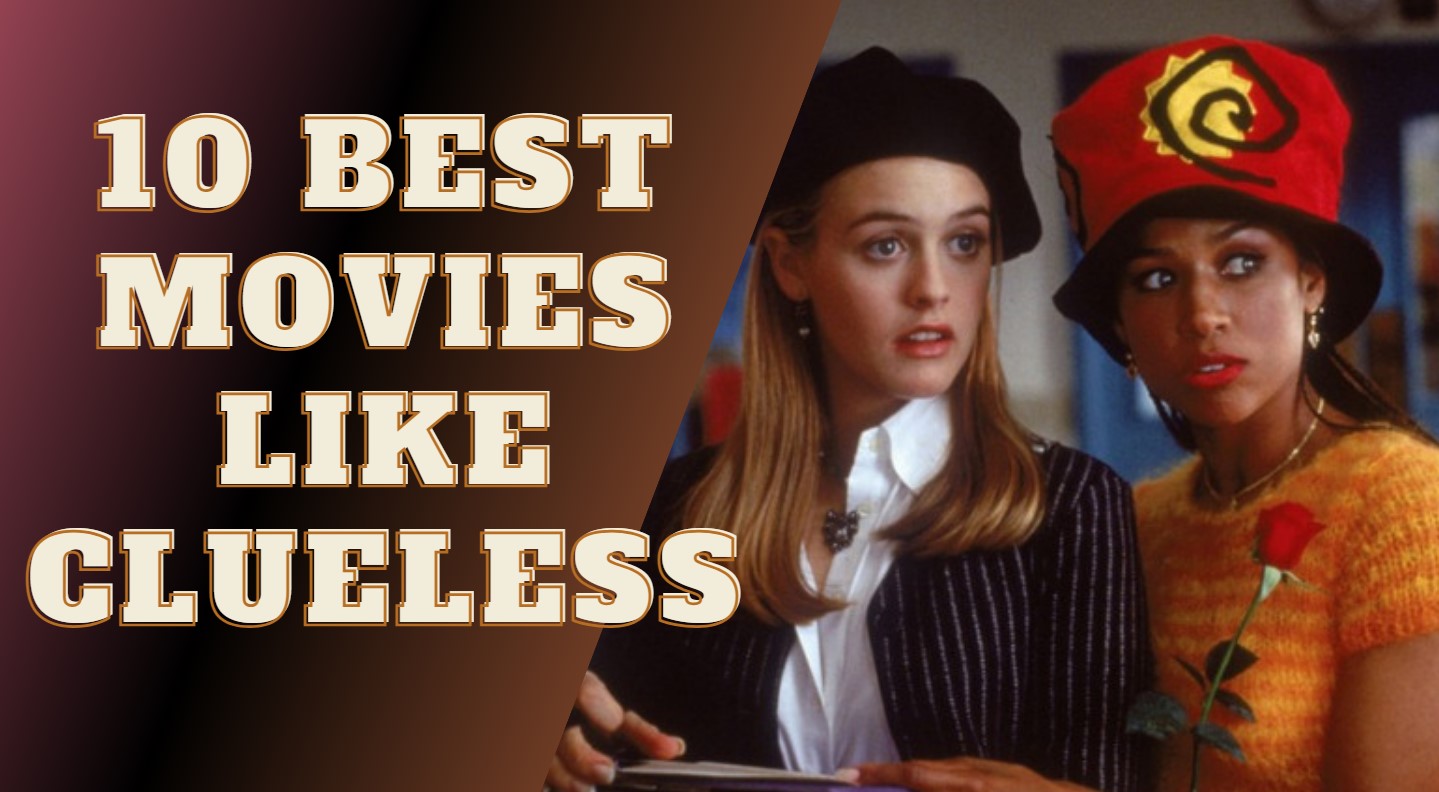 Are you one of those individuals who can not get enough of Clueless and is now looking for other movies like clueless to watch? Worry not! We have exactly what you are looking for to watch on your weekends.

Clueless is a cult favorite teen film that was released in 1995. I completely understand its passionate following, as it is without a doubt one of the best chick flicks ever made. Movies like clueless are hard to forget and always leave a sweet taste that leaves you wanting more. It’s a narrative that every youngster going through their high school years may relate to. The plot revolves around Cher, a wealthy teenager, and her high school adventures. Cher’s status as a rich kid immediately draws everyone’s attention. However, unlike other high school students, Cher decides to assist a new student in becoming popular. Cher meets the love of her life as she battles with her teen problems.

These are some of the most similar movies like clueless,  that will satisfy your craving for clueless in new ways. 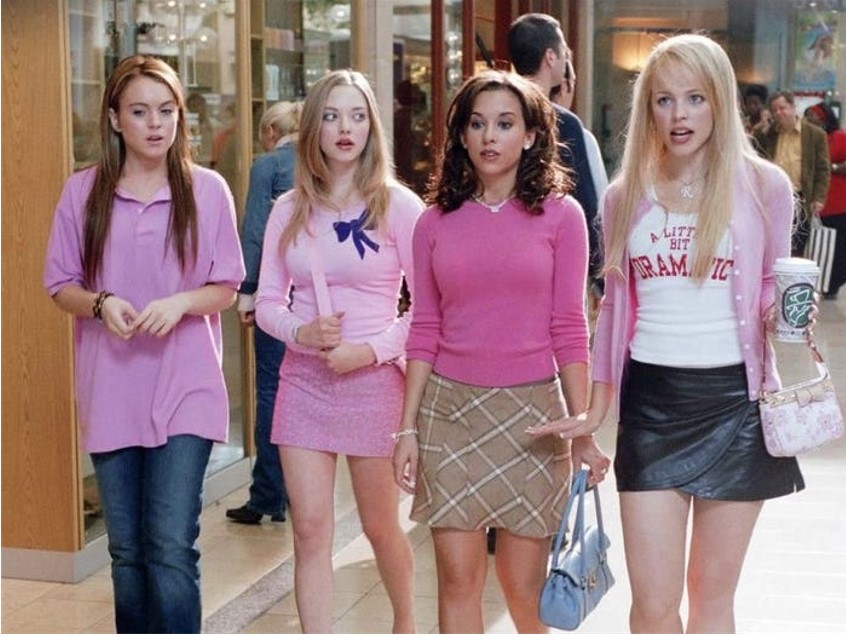 The film, Mean Girls, is an excellent movie to watch if you are an addict to movies like Clueless. It is also one of the most popular teen high school movies, full of gossip, vengeance, girl fights, popular high school girls, and some spicy rivalry. This movie, like Clueless, follows a teen girl who is at the stage of figuring out how to deal with teenage years and their problems.

Cady, a teen, begins a new school and finds herself in trouble when she falls in love with the ex-boyfriend of Regina, the leader of the school’s mean and popular girls. The group tortures Cady and creates trouble as much trouble as they can for her. Cady with her two friends, Janis and Damian struggle to make their high school a little endurable. Watch the movie to see how they encounter the mean girls of the school. 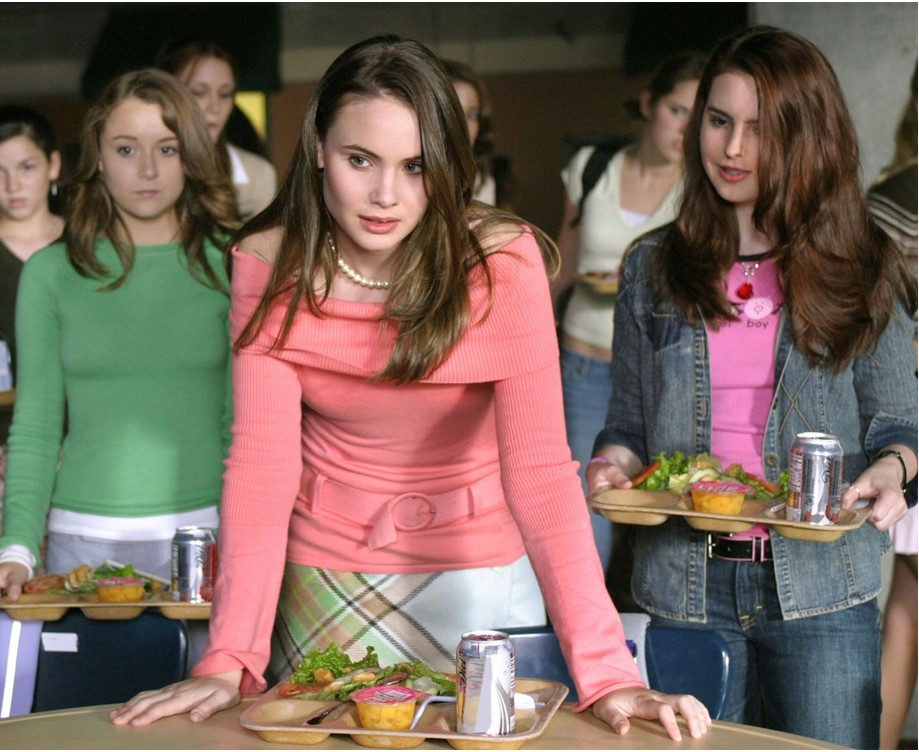 Similar to Clueless, Odd Girl Out also focuses on a teen girl’s high school life. However, it is a relatively serious movie compared to movies like Clueless. The movie shows the ugly side of highschool that includes, bullying, rumors, mental and physical tortures that an awkward high school teen has to go through. The film is based on a true story of a girl named Vanessa. The girl is a very bright straight-A student, however, she often gets criticized and bullied by her classmates. The movie is an eye-opener and enough to bring tears to your eyes. 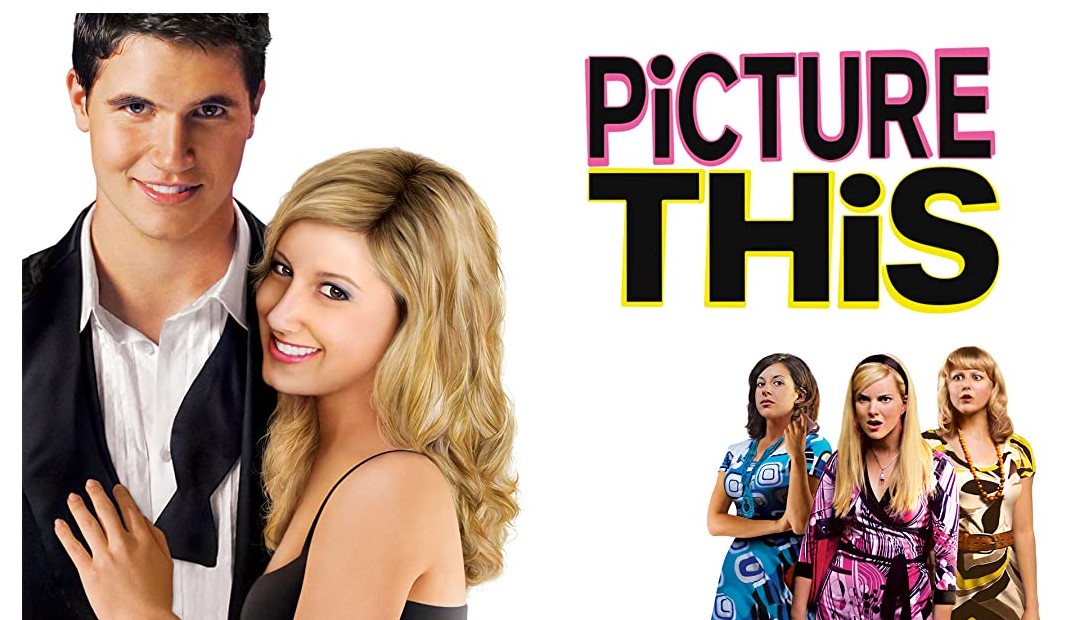 Is the love story part of movies like Clueless your favorite part? If so then, Picture This is definitely the one for you! Picture This is a rom-com movie released in 2008 featuring Ashley Tisdale and Robbie Amell. The movie follows a teenager Mandy who, in contrast to Cher, is just an average high school girl. Mandy manages to get a date with the hottest guy in the school to accompany her at the school’s annual party. But things are not as easy as they sound, to finally be able to go on the date, Mandy will have to face her over-protective father.

The Edge of Seventeen 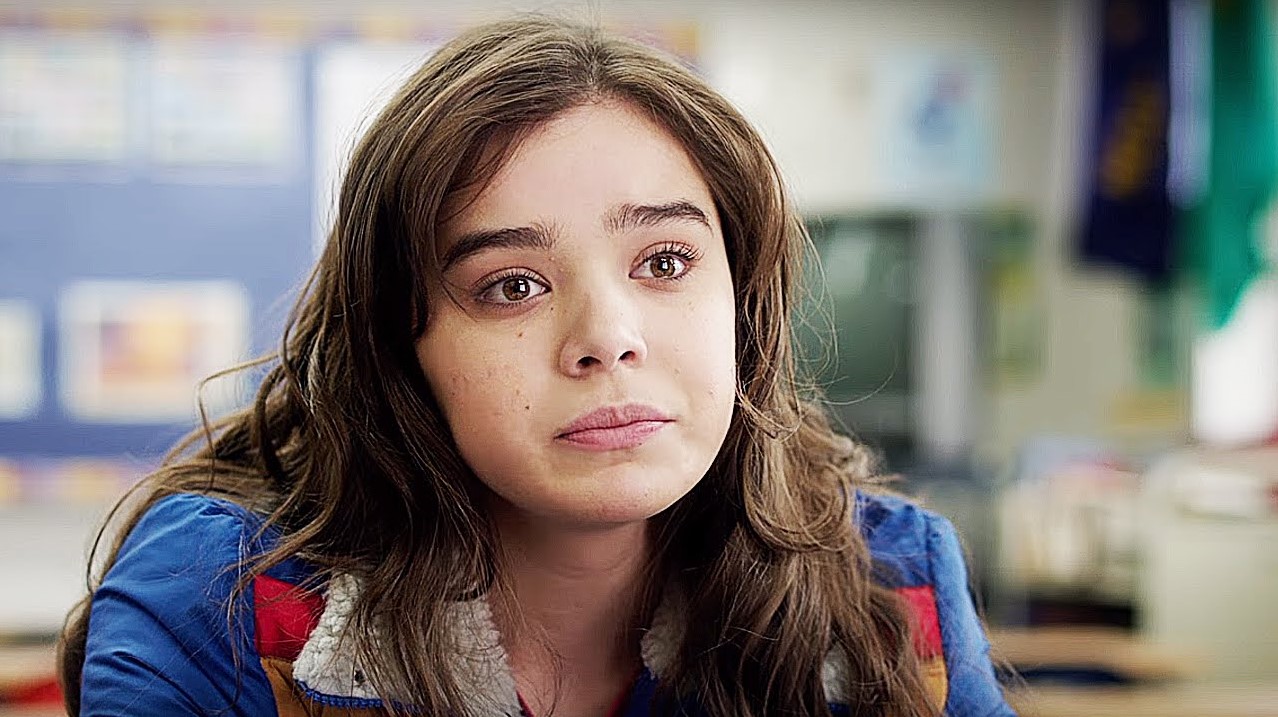 The Edge of Seventeen

The movie, Edge of Seventeen, is a light-hearted beautiful teen movie you can watch to release tensions. The female lead Nadine feels very lonely after her popular brother gets into a relationship with her best friend. Nadine being an average student envies his brother’s seemingly perfect high school life and resents him for taking her best friend away from her. Similar to how Cher helped Tai with high school struggles in Clueless, Erwin helps Nadine realize that high school may not be as bad as she imagined.

Not Another Teen Movie 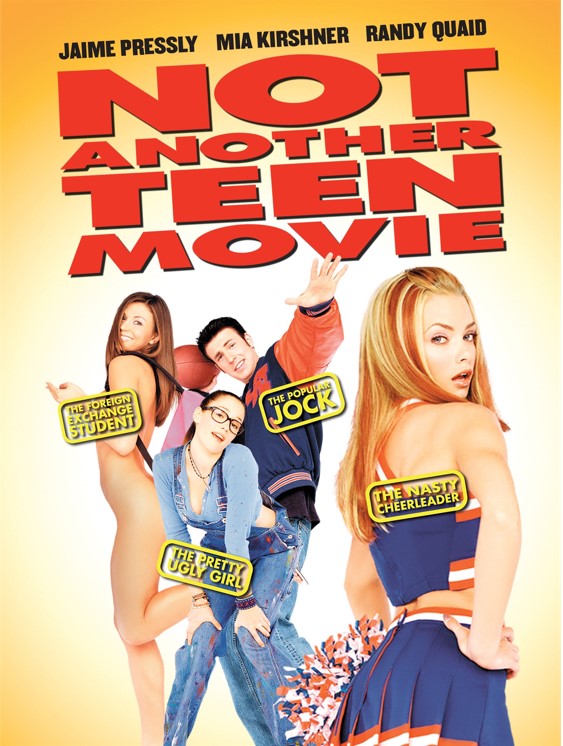 Not Another Teen Movie

Do you specifically like to see the makeover part that turns a geeky student into a high school hottie in movies like Clueless? Then, you are going to love this! The movie is filled with high school cliches that you will find in every other teen movie. However, what makes it different is that it does not leave any cliche or stereotypes out. A jock wagers that he can turn a high school girl into the prom queen. His nasty sister and a cunning cheerleader, on the other hand, try to stop him.

10 Things I Hate About You 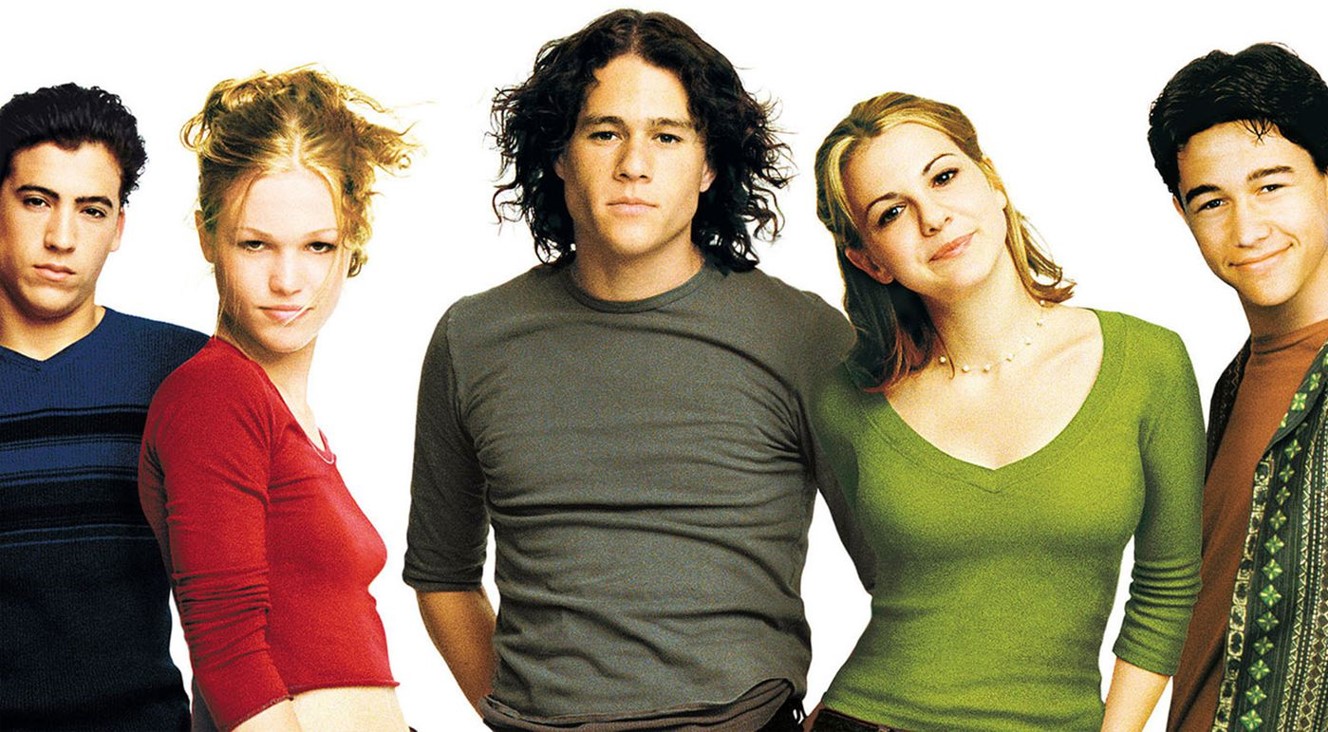 10 Things I hate About You

Another cult classic high school movie, 10 Things I Hate About You which was released in 1999. The rom-com movie immediately became a fan favorite after it was published. The plot revolves around a high school teen named Bianca who instantly falls for a girl named Bianca. However, to his misfortune, Bianca can not date until her elder sister, Kat, does. Kat is an anti-social person who hates men due to her past traumatic experiences with his ex. Hence, Cameron sets up a scheme to make Kat fall in love with a mysterious guy named Patrick. Sounds interesting, does not it? So what are you waiting for? Go watch it now

Related: Best Movies Like 10 Things I Hate About You

To All The Boys I’ve Loved Before 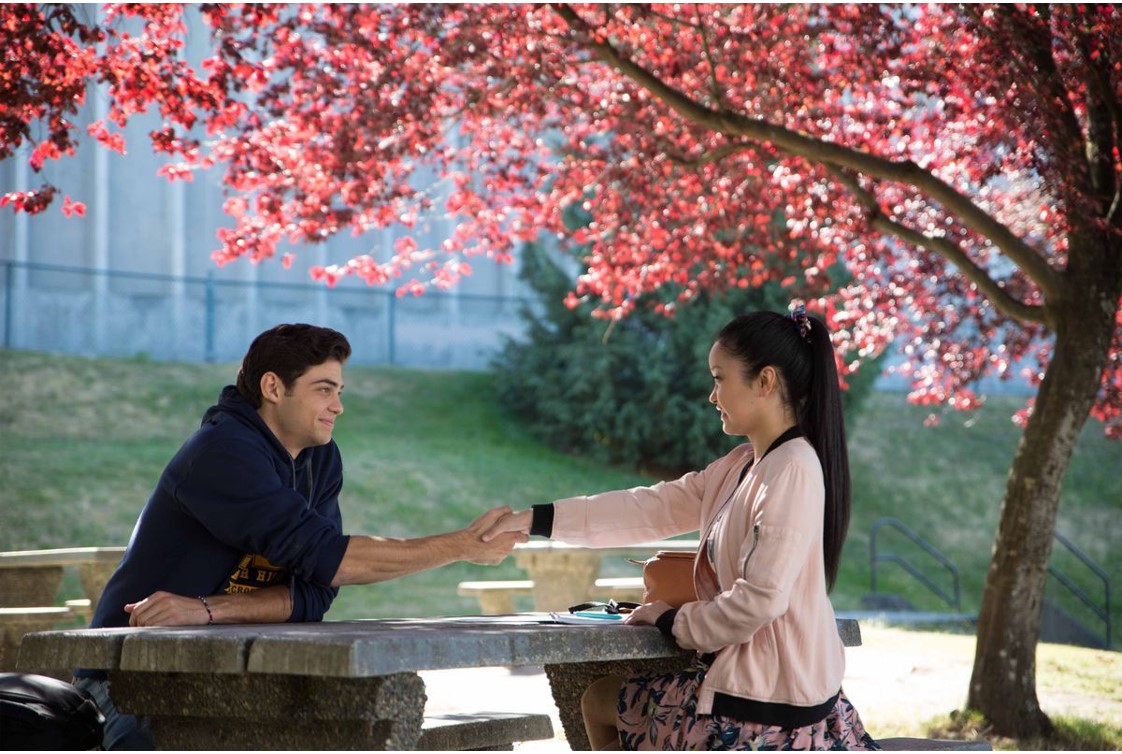 To All The Boys I’ve Loved Before

This movie is one of my personal favorites. To All The Boys I’ve Loved Before is an American teen romance movie about an average high-school girl who writes letters to every guy she has once passionately loved and hides them in her closet. The only reason she does this is to remember how strong her emotions can get. However, somehow the letters are distributed to every guy she wrote about. Lara Jean panics as her past crushes come to face her. Watch the movie to know how Lara tackles her high school adventures.

Looking for a little mix of dance in movies like Clueless? Step Sisters is the one for you! Step Sisters is a film about dance, sisters, and a teen’s goals. Megalyn Echikunwoke plays Jamilah, a bright college freshman who is the president of a black sorority that is also a prominent college step squad. Jamilah just has one wish: to attend Harvard Law School, but things never go smoothly, do they? Jamilah is required to assist the non-serious white sorority girls in learning step dancing and winning a competition before she can attend the school. Only then would Jamilah be able to obtain the coveted Harvard Law School recommendation letter. 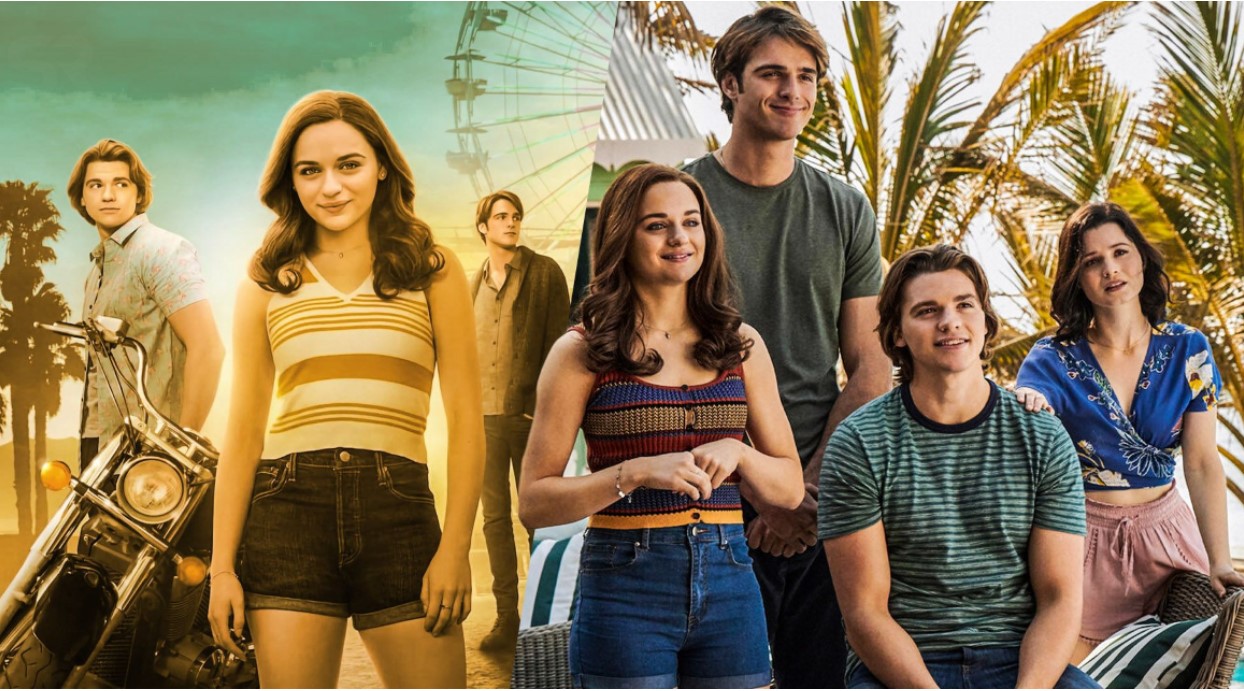 It is another American Teen movie that focuses on some high school drama, friendships, and sweet teenager love. The female lead, Elle Evans, is an innocent teen who has never even had her first kiss. After kissing Noah Flynn, the hottest guy of the school, in a kissing booth event, Elle is driven to risk her friendship with Lee Flynn, her best friend and younger brother of her crush. The movie is very relatable to every teenage girl out there. Do not forget to watch the sequels too, they are just as good! 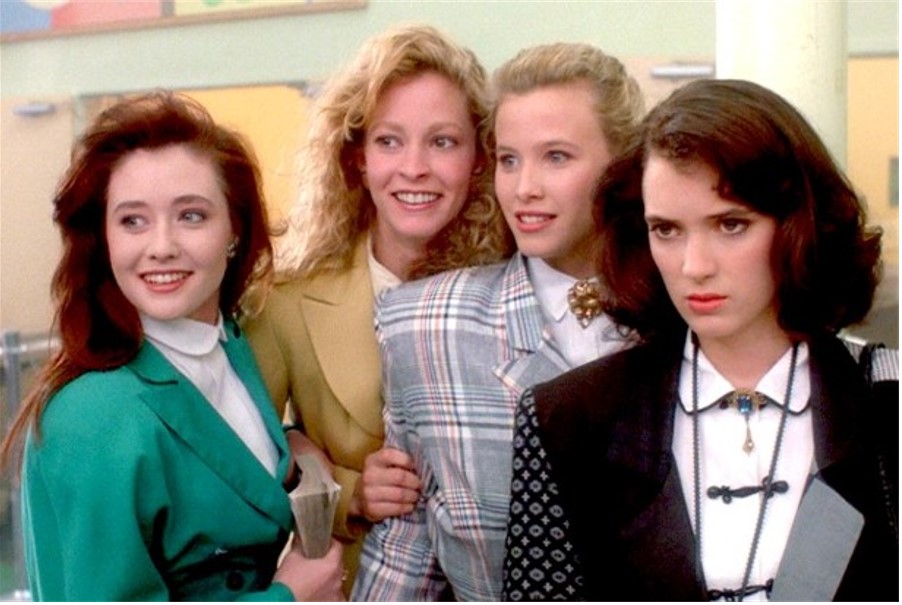 If you like the dramatic part of movies similar to Clueless, Heathers would be the greatest choice for you. The film Heather follows a young teenage girl name Veronica Sawyer who is part of a popular high school group consisting of three hot popular girls all with the first name Heather. However, being tired of their cruel and mean attitude, Veronica decides to leave the group and start hanging with her old nerd friends. Veronica soon gets into a relationship with a rebellious student named Jason Dean also known as J.D. However, what veronica does not know are the horrible secrets that her boyfriend has been hiding from her.