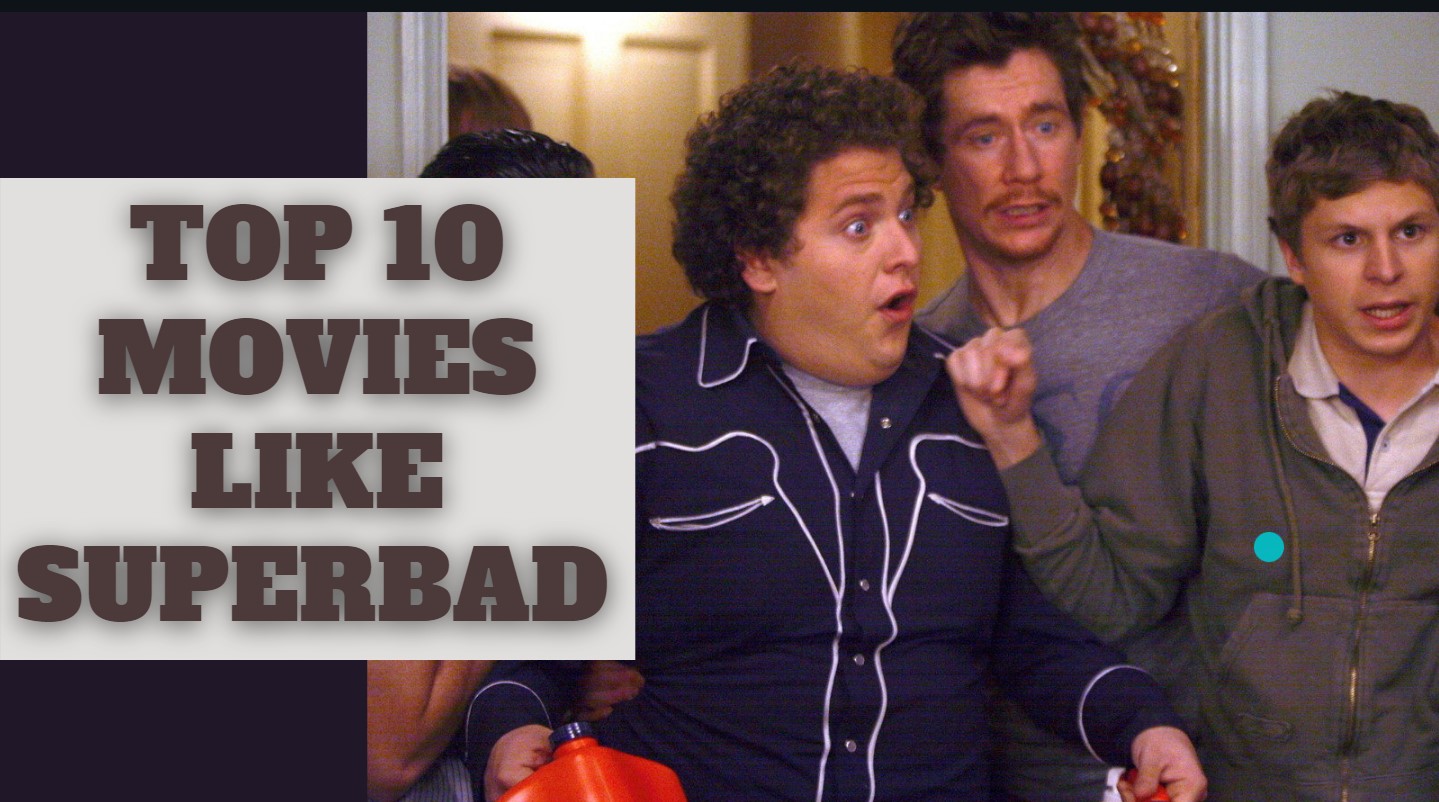 Superbad, a raunchy-teenage-comedy movie released in 2007 written by Seth Rogen and Evan Goldberg.  Some suspect that it is autobiographical, inspired by the lives of the writers Seth Rogen and Evan Goldberg, since they named the main characters after themselves, and possibly by millions of other teenagers. If you want to watch more movies to fill the hole that has been created, then we have compiled a list of 10 movies that are like superbad just for you! The movie exactly depicts how high school was like in the late 2000s. The humor, awkward friendship, conversations; it’s like going back in time. The story follows two best friends, Seth (Jonah Hill) and Evan (Michael Cera) who have been inseparable mainly because of their equally unpopular status in school. There were only three weeks left before high school is over when they realized they had a big problem. The hilarious comedy and friendship between the two best friends and their sidekick make the audience ask for more movies like Superbad.

Which was that they still haven’t gotten rid of their virginity yet. Seth believes that before they are forced to separate because of going to different colleges they need to get laid or they will be virgins forever! So, the two best friends and their side-kick Fogell (Christopher Mintz-Plasse), who is so unpopular that he is unpopular even with them, set out on an Adventure to get laid before high school is over.

Superbad made millions roll on the floor but the movies lose their value as you watch it on repeat with no other alternatives but luckily there are many alternatives for this blockbuster movie, that you can surely ty watching with no regrets. 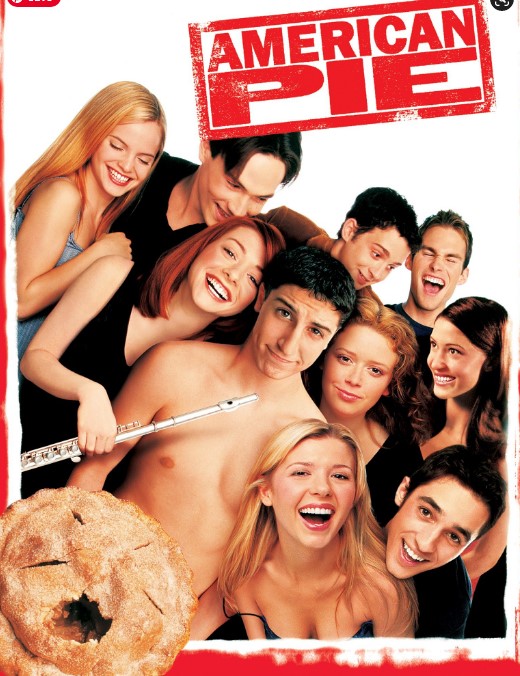 The movie, American Pie, was a massive hit and featured three sequels. This film was even crazier than superbad as it had a group of 5 friends wanting to lose their virginity in their high school, unlike the 3 friends from superbad. These 5 best friends all have the same goal, save for one (Seann William Scott’s Stiffler), They want to lose their virginity before they graduate. 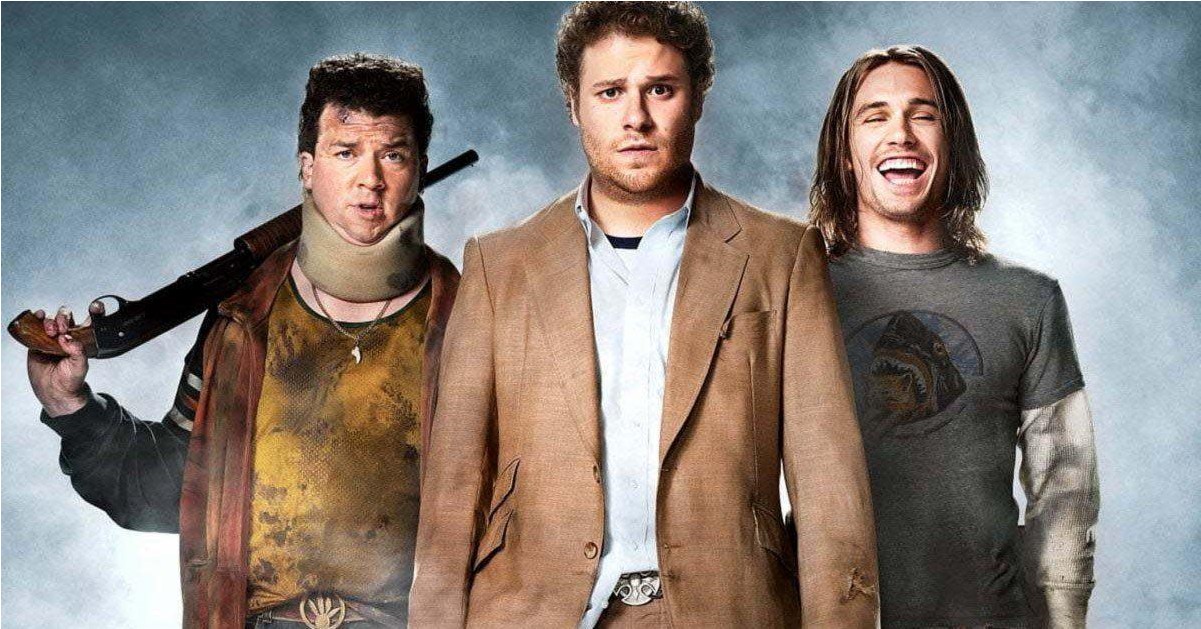 Although it is not the same as Superbad, it is written by Seth Rogan, who also wrote Superbad. Pineapple Express has the same out-of-place birdbrained losers as Seth and Evan, but it’s all grown up. The film contains all of the elements that a comedy and action film should have. Do you specifically love the friendship part in movies like Superbad? Well then, this is for you! The plot revolves around two stoners (Rogen and James Franco) who are on the run after witnessing a murder committed by a corrupt cop and hitmen. How will they get out of this situation? To learn more, check out the movie! 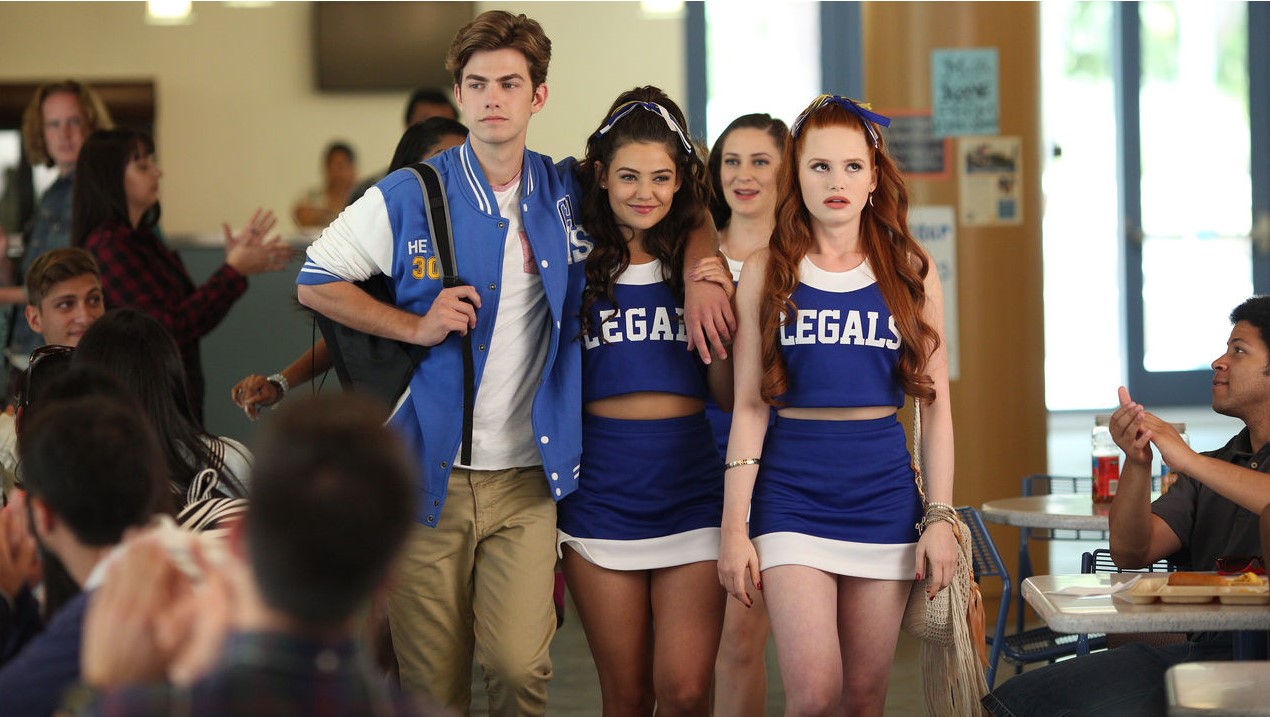 The movie shows the strong bonding of friends like in Superbad. Maddy and Cole were inseparable friends, just like Seth and Evan, until high school, when they drifted apart. Maddy rose to become the most popular girl at school, while Cole was bullied and ridiculed by his peers. However, Maddy abandons Cole in order to maintain her status, leaving Cole, who loved her, hurt and powerless. He could only observe her from a distance. By senior year, Maddy’s dream of being named “The Prom Queen” had been dashed when her boyfriend, Kane, who was supposed to be “The Prom King,” was stolen by a friend. When she begins to feel lonely and heartbroken, she reconnects with Cole, and the two plan to F@#* The Prom with the other bullied students. Although it is not the best, it is still worth it to give it a try. 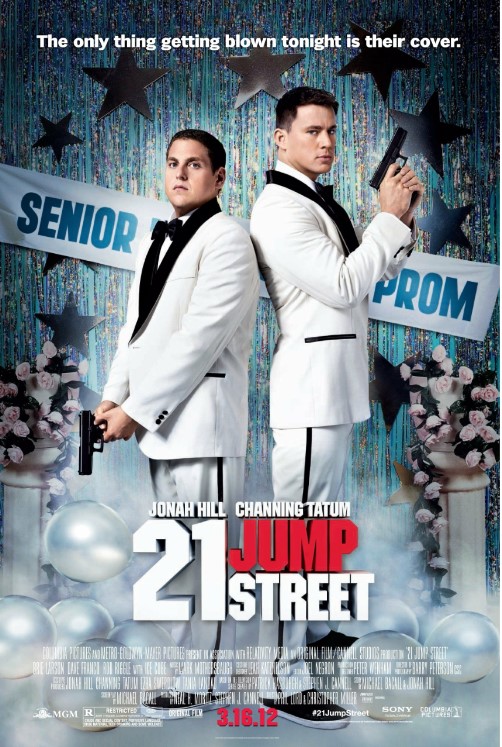 Schmidt and Jenko (Jonah Hill and Channing Tatum) were complete opposites in high school and remain so eight years later in the crime-drama genre story. Schmidt is the pudgy nerd who couldn’t ask a girl to prom, whereas Jenko is the good-looking guy who has it all. As they delve deeper into this investigation, observe how their friendship grows.

After being shocked and disappointed by Schmidt and Jenko, ”Dickson” (Captain in charge) assigns them the task of disguising as high-school students and conducting an undercover investigation into a dangerous drug infiltrating a local high school. Sounds intriguing? Accept my word for it and give it a shot. Jonah Hill, who also played Seth in Superbad, was nominated for an Academy Award for this film! If you are into the craziness of movies like superbad, you are going to love this!

This is the End 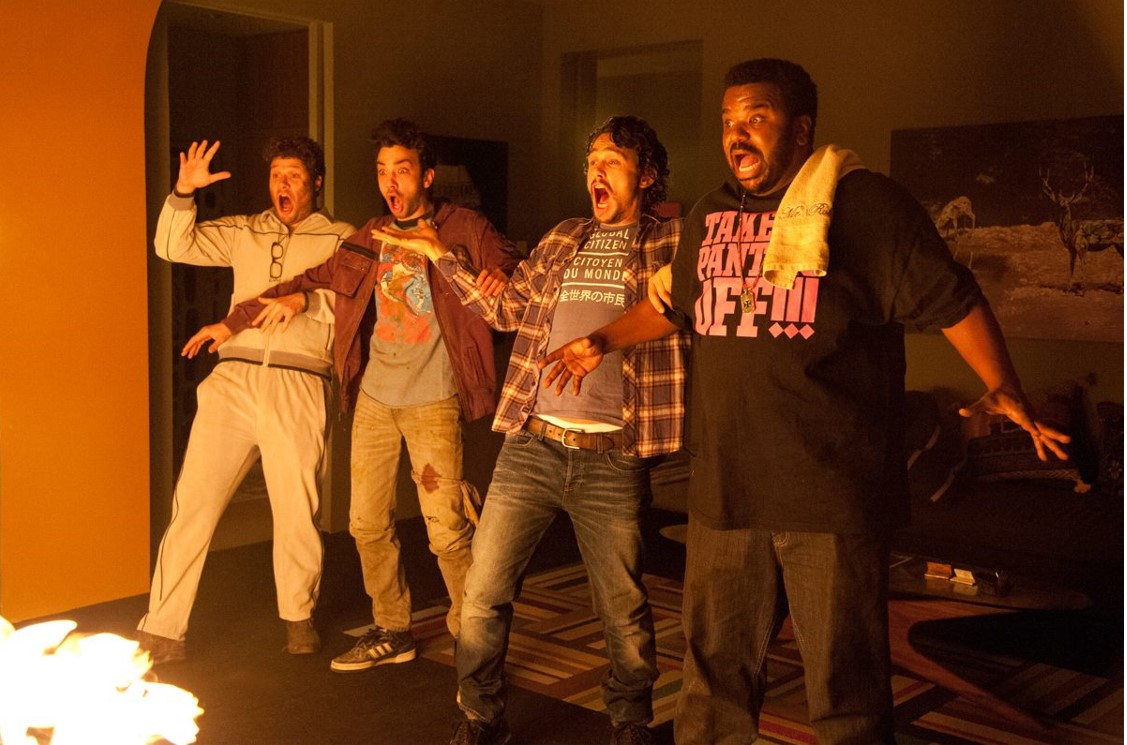 This is The End

If you desperately want to fill the hole by watching more movies like superbad, stop right here! Just like Superbad, this movie also has the same writers. Furthermore, practically the entire primary cast from Superbad appears in this film, providing fans of the series a nostalgic sensation. Seth Rogan, Jonah Hill, Michael Cera, and James Franco, to name a few.

Here’s the summary, James Franco throws a party with a slew of celebrity pals. He also invites his buddies Jonah Hill, Seth Rogen, Jay Baruchel, Danny McBride, and Craig Robinson, not knowing that hell and carnage would soon descend on Tinseltown. After a certain incident, the six friends are now trapped in Franco’s home. As the world they knew outside disintegrates, the dwindling supplies threaten to tear the six friends apart. 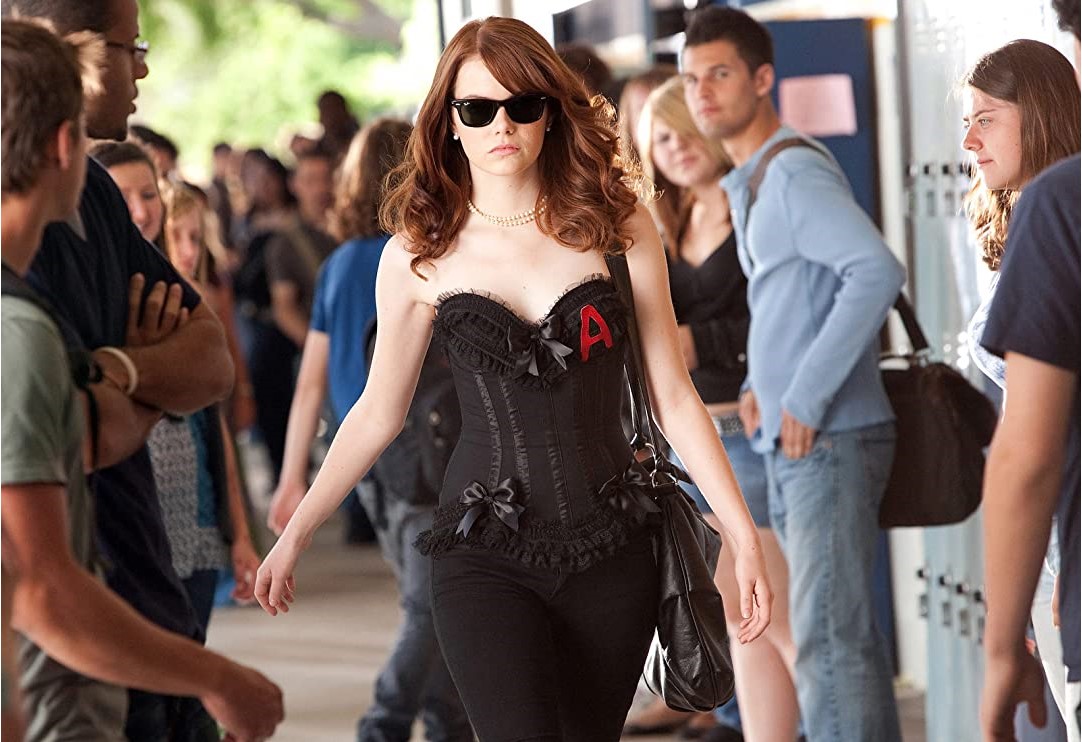 It is one of the classic raunchy sex comedy movies like superbad, but with a female lead which makes it a bit different than others. Emma Stone stars as Olive, an educated and beautiful young woman. Emma’s close friend persuades her to pretends to have a secret lover. Marianne Bryant, a pious and religious girl overhears the fake confession. The rumor becomes something that makes Olive a harlot, making her an outcast even though she was innocent. She decides she has had enough of this silliness and turns into someone no one ever expected to see to exact her vengeance.

The movie, Book Smart, is one of the best girl teenage movies like superbad, hands down. It’s incredibly fun to watch. What makes Book Smart different are the characters at its center. The story revolves around two friends Molly, a bookworm who loves to stay as the top student, and her friend Amy, a quieter version of Molly. Both of them worked very hard to get into a good college.

Things take a strange turn when they learn that their less studious friends have also been accepted into the same renowned schools. With a blow to their confidence, they vow that will go to a party once before they graduate. Watch the movie to know more! 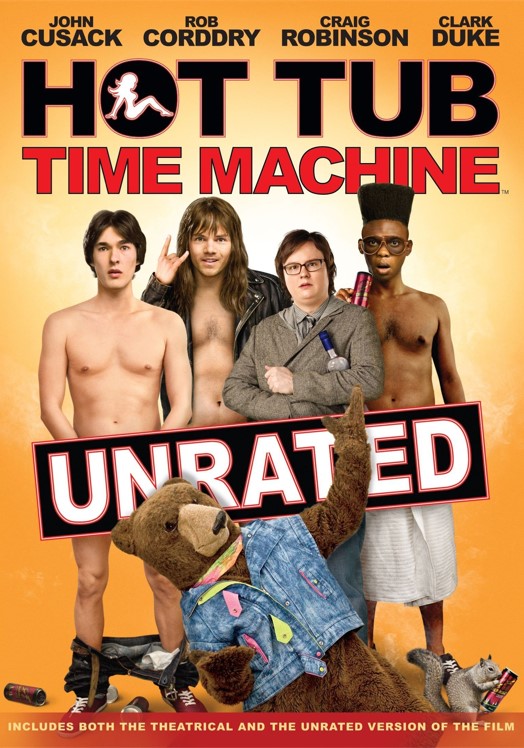 The plot revolves around three depressed pals who are experiencing a low point. Adam, whose girlfriend dumped him, Nick, who has a dead-end job and an unfaithful wife, and Lou, a suicidal alcoholic. They gather together and go to a winter resort which was their old party place. They also bring along Jacob who is the Nephew of Adam. Things start to become strange as they’re male bonding in the huge bathtub and suddenly find themselves back in time. If you insist on looking for movies like superbad, this might be your stop!

Hot Tub Time Machine and Superbad, share a similar yet different story at the same time. On the one hand, the three friends were attempting to lose their virginity before the end of high school, while on the other hand, the movie is about three depressed friends who are facing numerous regrets. Do you wish to know how the 3 friends improve their future by going back in the past? Then you must give this movie a chance! 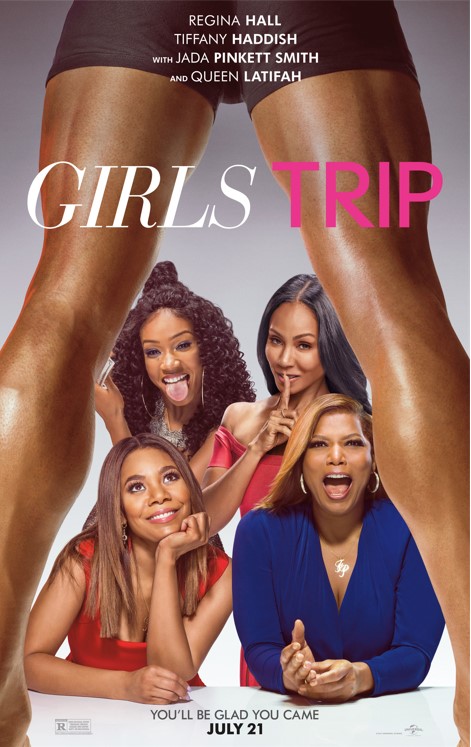 The film, Girls Trips, is about four beautiful black women who used to be known as the Flossy Posse. Over time, though, the group of girls develops distant from one another. However, owing to a series of events, the four receive a second chance to revive their old friendship. If you are into the craziness of movies like superbad, you are going to love this! This film is a combination of drama and comedy, and it’s a great example of women going rogue. This allows you to sit back and relax on your couch. So, what are you waiting for? The adventures of hot chicks are one movie away!

This movies didn’t quite make our top ten list but it surely deserves a shout-out as it is slowly gaining popularity in the masses. 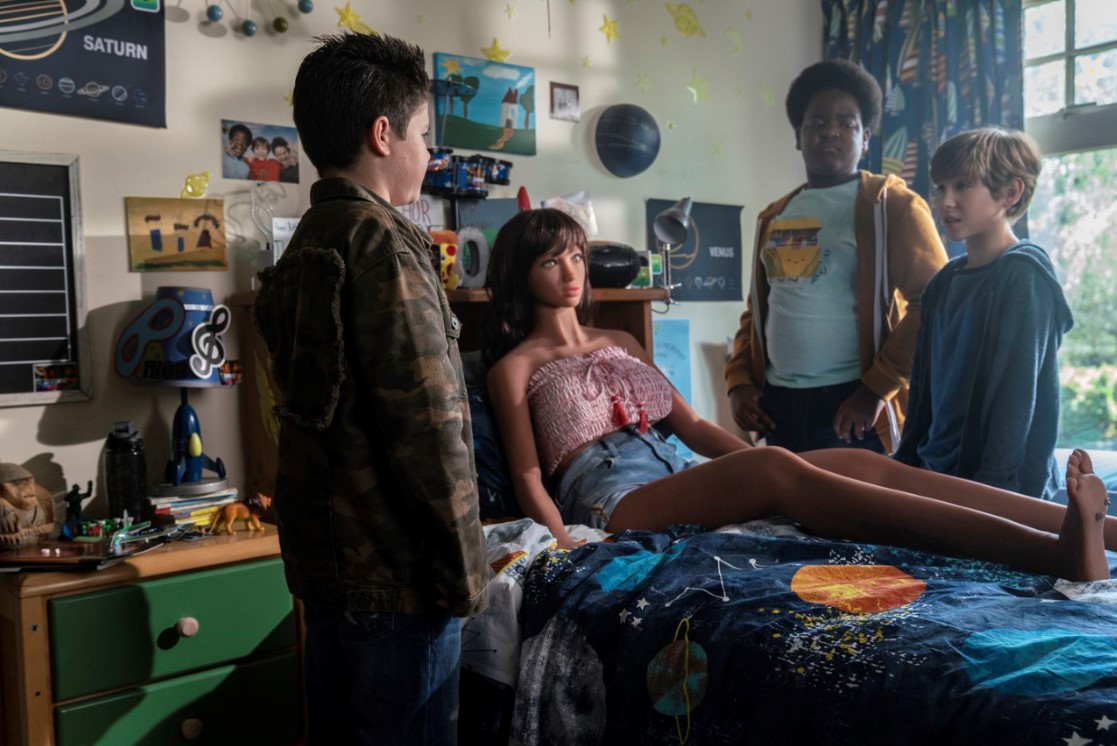 Have you heard the saying Good Boys takes the cake? If Superbad wasn’t about high-school and middle graders instead this is exactly how it would be! If you haven’t watched Good Boys, yet, and are looking for movies similar to Superbad. Then there is no need to look further! Good Boys is about three 6th graders who looking for ways to attend a party with the cool popular kids.