There have been many famous Swedish actors over the years. Some even gained worldwide fame by being featured in famous Hollywood movies. If you are a fan of the Scandi stars like we are, then look no further. We have compiled a list of the 10 most famous and well-known Swedish actors of all time. Without further delay, let’s begin to see which actors made a list and who is the top actor of Sweden.

Take a look at the list of Swedish actors, along with the net worth that they have in 2022. 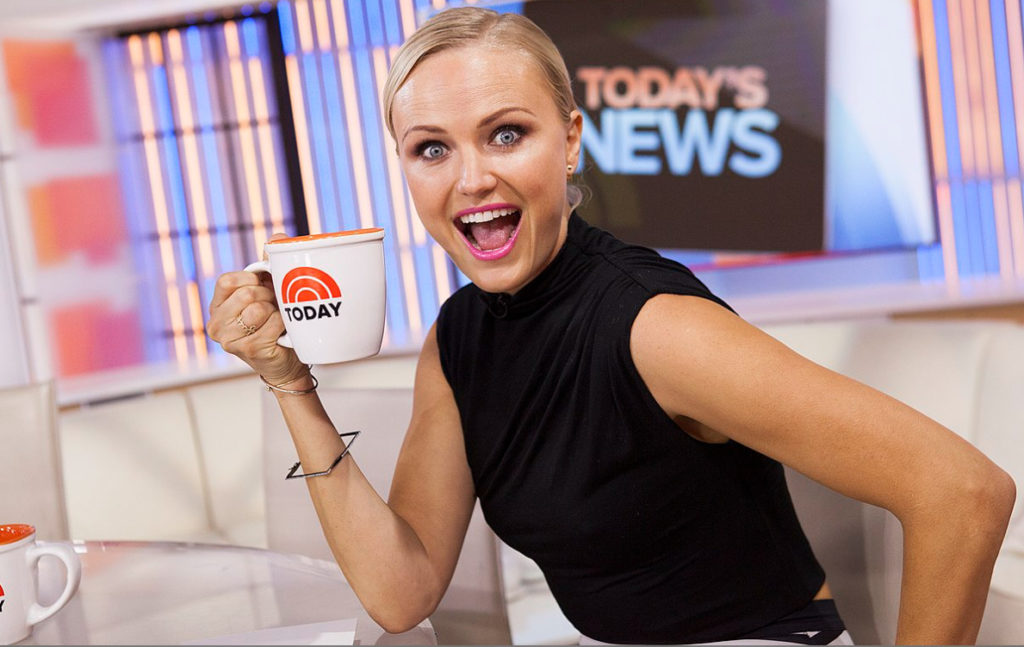 Akerman was born in Stockholm, Sweden but was raised in Canada. At a very young age, she began appearing in TV commercials while she was in Toronto. At age 6, he parents got divorced, and her father went back to Sweden.

Malin was eventually offered a guest role in “Earth: Final Conflict” (1997). She continued acting, and in 2009 she was cast in ‘Watchmen’- which is considered her breakthrough role. She even spent her time as a fashion model when she was only 17. 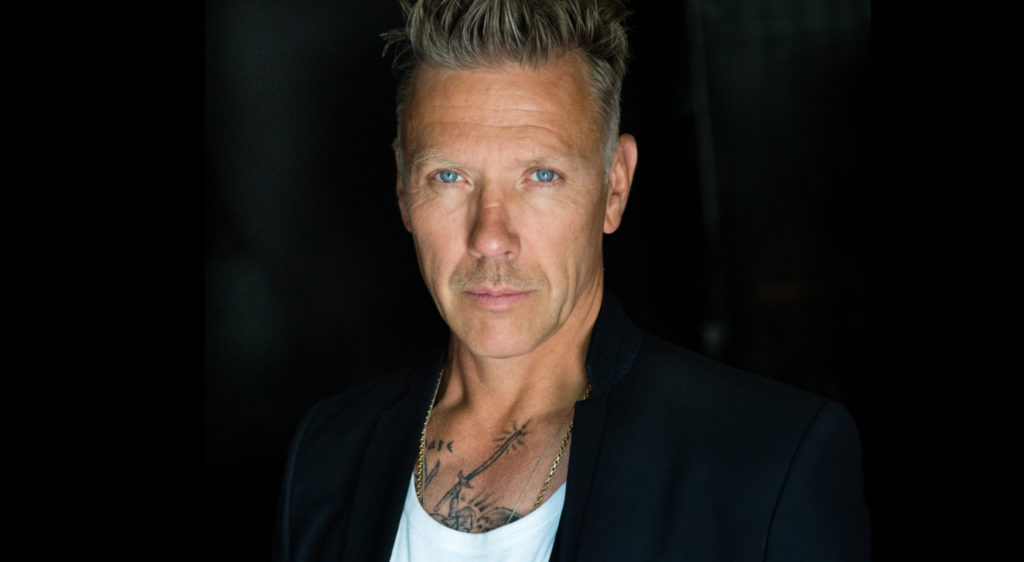 Known worldwide for his outstanding performance in “In a Better World,” he got nominated for Best Actor in 2011. Mikael is a famous star in Sweden, starring in series like “The Shipping Company” and “Storstad.” He also has a theatre background with phenomenal performances on the stage.

In 2014, Mikael played the character Beorn in the box office success “The Hobbit: The Battle of Five Armies.” He also has starred opposite of the extremely popular Mads Mikkelson. Throughout his long career, Mikael has constantly given outstanding performances and kept the audience entertained – whether in Sweden or Hollywood. 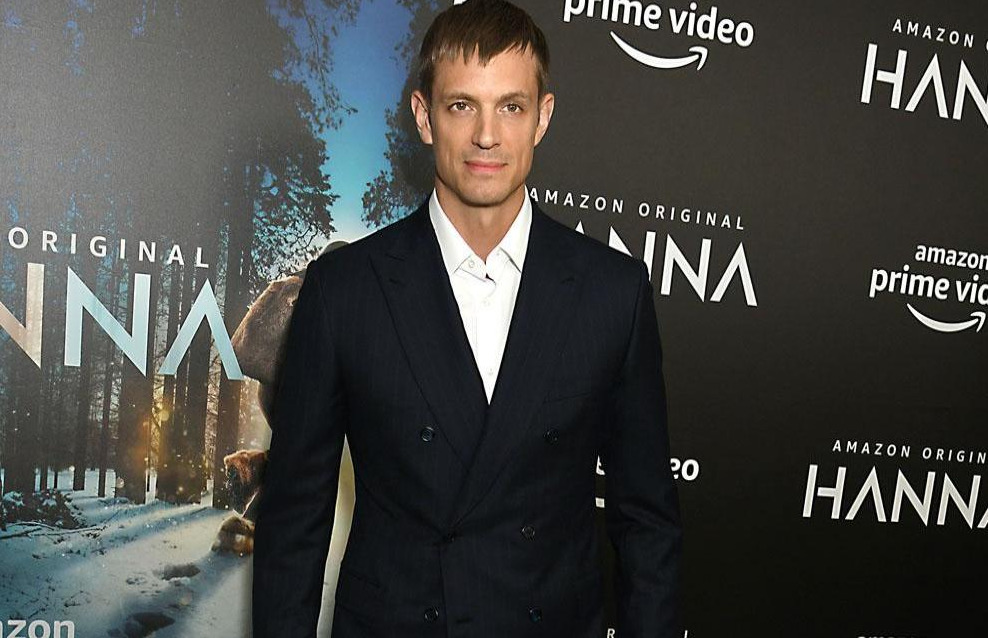 Joel Kinnaman at the HANNA premiere

Professionally known as Joel Kinnaman, the Swedish actor has starred in many significant roles throughout his career. Best known for playing Takeshi Kovacs in the critically acclaimed “Altered Carbon,” he further cemented himself as a top actor. In his early career, he earned an award for Best Actor for his role in the Swedish movie “Easy Money”.

Where is He Now?

He has starred on AMC’s “The Killing” and recently has played Rick Flag in the movie “Suicide Squad”. Joel has been starring in more Hollywood roles nowadays, which further shows how talented the Swedish actor is. 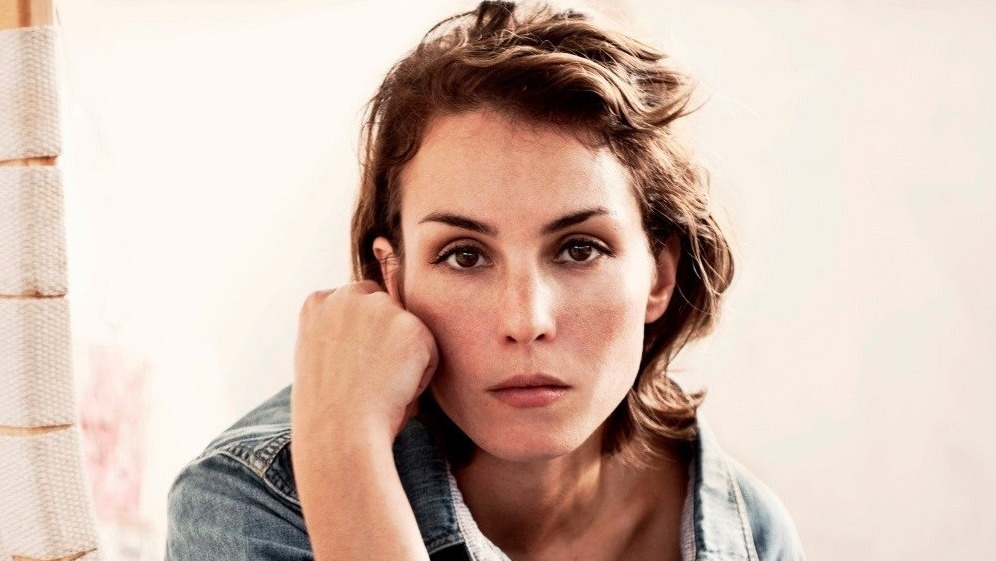 Noomi Rapace in her younger days

Born in Hudiksvall, Sweden to the Swedish actress Nina Noren, she moved to Iceland when she was only five years old. When she turned eight, she starred in the Icelandic film “I skugga hrafnsins” and immediately found a love for acting. She joined the Stockholm Theatre School at the age of fifteen.

She is a respected stage performer in Sweden, even winning awards for a recurring role in the Swedish show “Tre kronor”. In 2007 she played the leading role in “Daisy Diamond,” winning critical acclaim in Sweden. Noomi’s talent became well-known to international audiences when she starred in “The Girl with the Dragon Tattoo” in 2009. She even won the award for Best Actress in Sweden due to this role.

In 2011, Rapace made her English-language movie debut in “Sherlock Holmes” starring alongside Robert Downey Jr. She was also cast in “Prometheus” in 2012 as Elizabeth Shaw. 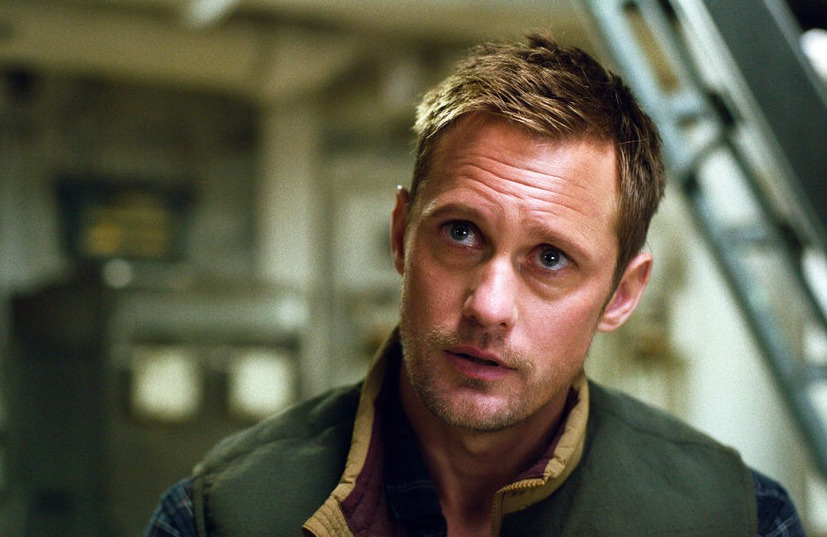 Alexander Skarsgård in Godzilla vs. Kong 2021

Alexander Skarsgard is the eldest son of the incredibly talented actor Stellan Skarsgard. At the age of eight, he began his acting career working in small roles on Swedish TV shows. Eventually, he lost the spark for acting and left it to continue his education. At the age of nineteen, he joined compulsory military service and used that time to think about his future.

Getting Back Into Acting

When he turned 19, he gave acting another chance and soon became a star in Sweden. Alexander’s ambitions to broaden his horizons brought him to Los Angeles. He soon got a role in the movie “Zoolander.”

Alexander has also co-written and co-directed movies and TV shows- some of which won awards. Soon he got his big breakthrough when he starred in “Generation Kill.” After that, he has been cast in famous action movies and TV shows. 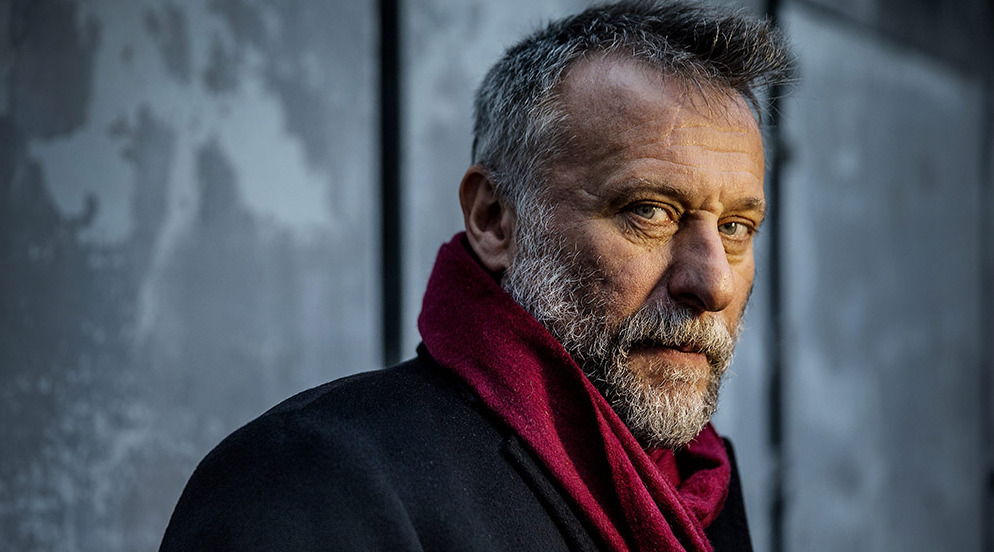 Michael Nyqvist on the set of John Wick

How he Became an Actor

Nyqvist originally intended to be a hockey player, but he had to retire early due to an injury. It was at that time when his passion for acting sparked. In Sweden, he joined a theatre school and practiced acting and film production.

The movie “Together” was the first big breakthrough for Michael in European cinema. He won Best Actor in 2000 and got nominated for more in the years to come. From there, he starred in many Swedish movies over the years, such as “As it is in Heaven.”

Eventually- after his success in the internationally acclaimed “The Girl with the Dragon Tattoo” – he got cast in Hollywood movies. His most notable Hollywood roles are the main lead villain in “Mission: Impossible – Ghost Protocol” and “John Wick.” 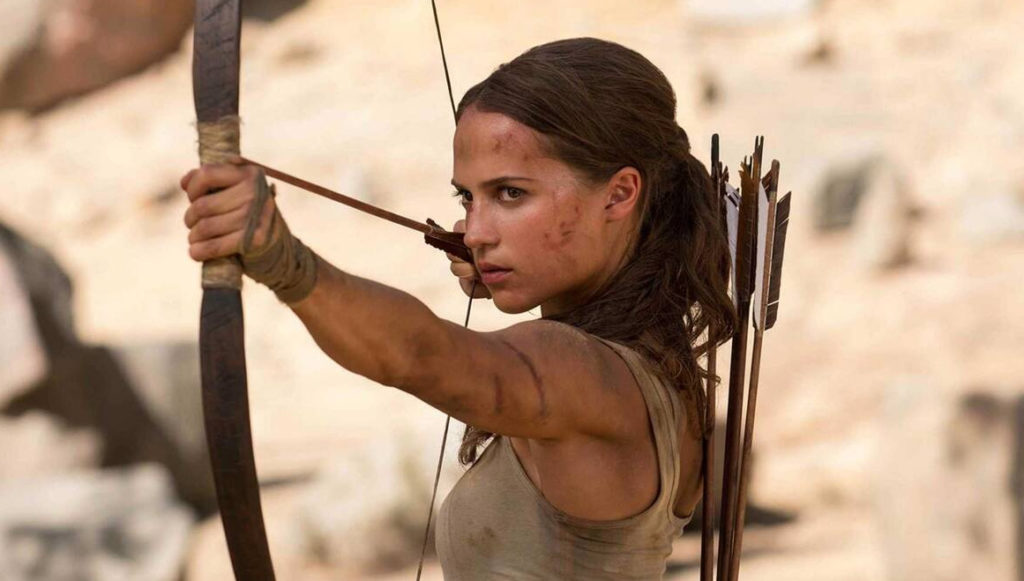 Born in Gothenburg, Sweden, Alicia Vikander is an actor, dancer, and producer. She began her acting career as a child and trained as a ballet dancer as well. Alicia Vikander began her career by appearing in short films and TV series in Sweden.

She first gained fame when she starred in the hit Swedish drama “Second Avenue.” In her feature film debut, Vikander won the Guldbagge Award for Best Actress. Alicia continued to gain widespread recognition and starred in hit movies. She got nominated for the BAFTA awards twice and once for a Golden Globe award. She eventually won the Best Supporting Actress award for her role in “The Danish Girl.”

Recently she has starred in the movie “Tomb Raider” and is continuing to impress audiences worldwide. 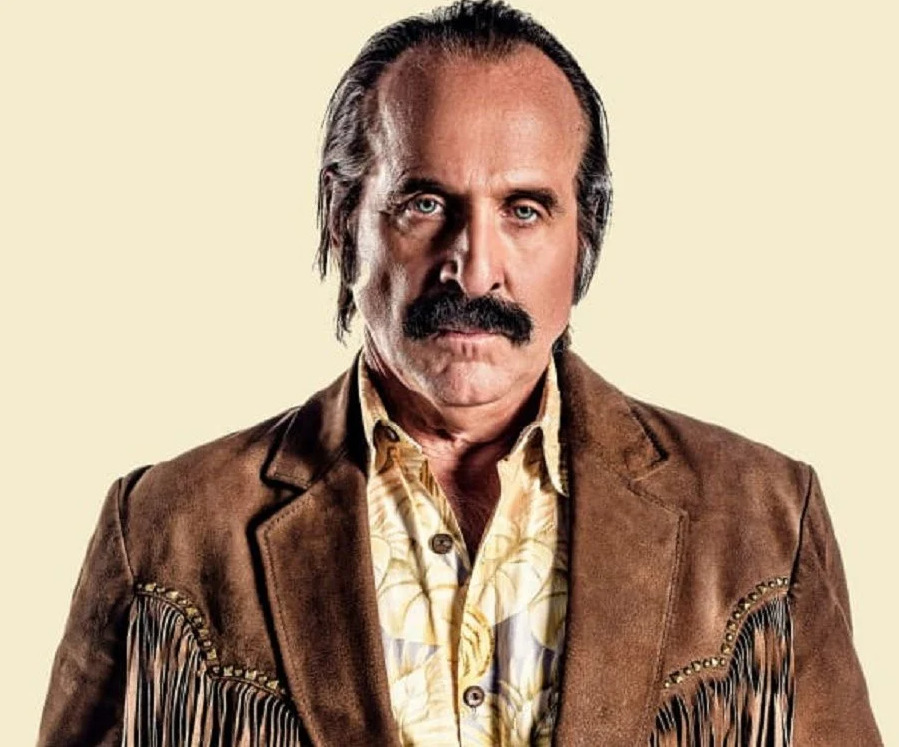 Peter Stormare was born in Arbra, Sweden, where he joined the Royal National Theatre and began his illustrious acting career. After performing in the Sweden Theatre for eleven years, he moved to New York.

Stormare has appeared in multiple box office hit movies and critically acclaimed TV shows. Most notably, he starred in the famous show “Prison Break” as a major supporting character. He has also made appearances in “John Wick 2”, “Fargo,” and “Constantine.”

Nowadays, Peter works in both Hollywood and his homeland of Sweden. He also motion-captured and voiced Dr. Hill in the critically acclaimed game “Until Dawn.” 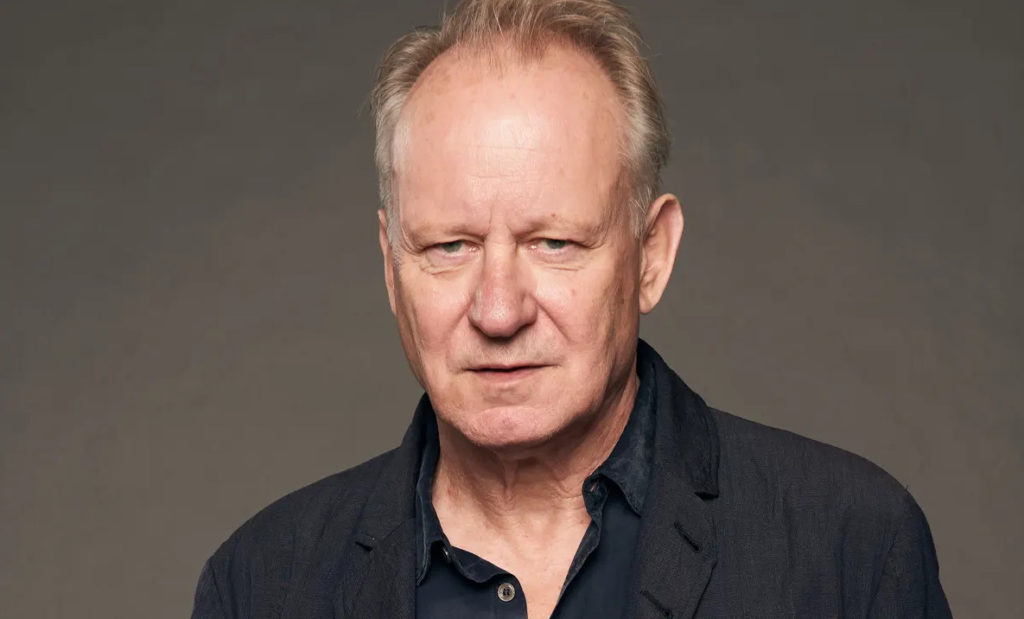 A Legend Was Born

He was born in Gothenburg, Sweden, and became a teen star for his role in “Bombi Bitt och jag.” Afterward, he joined the Royal Dramatic Theatre – where he performed on stage to hone his acting skills further.

Once he got comfortable with his acting skills, he did breathtaking film roles, notably in “American Playhouse: Noon Wire.” After continuing to dominate the Swedish cinema for years, he decided to try in Hollywood.

Skarsgard’s first Hollywood appearance – albeit small – was in “The Unbearable Lightness of Being” in 1988. He later starred in a few more American movies in a supporting role such as Bootstrap Bill in “Pirates of the Caribbean”.

To this day, Skarsgard is one of the biggest Swedish actors ever to grace the cinema screen. 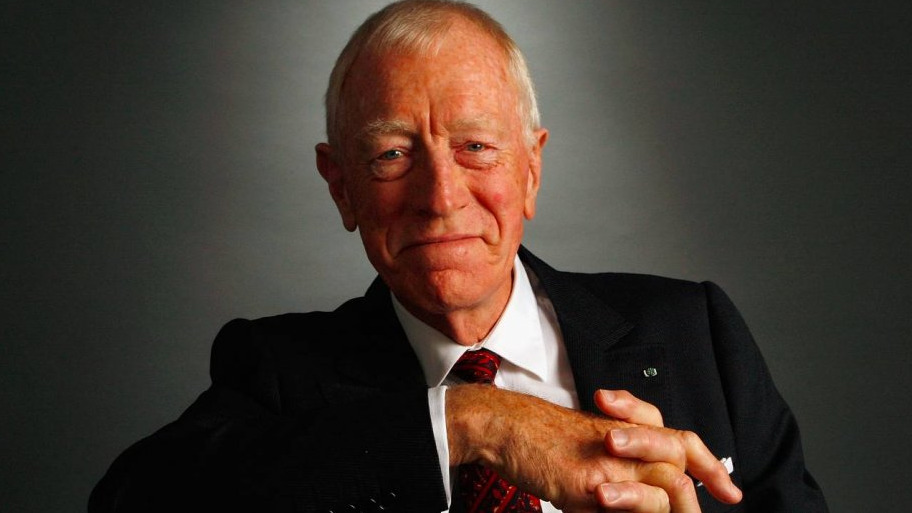 In high school, he started a theatre club and developed his interest in acting. He later joined the Royal Dramatic Theatre and improved his acting skills. In 1949, he appeared in his first role in “Only a Mother,” which started his acting career.

His work in “The Seventh Seal” made him a global phenomenon, and he started getting casting calls from around the globe. His second breakthrough came when he starred in “The Exorcist” and “Pelle the Conqueror.”

He also starred in the top-rated TV show “Game of Thrones” and earned a Primetime Emmy Award nomination. Currently, Max von Sydow is the only Swedish male actor to receive an Oscar nomination. He is the most admired and respected actor in all of Sweden, granting him the top spot on our list. 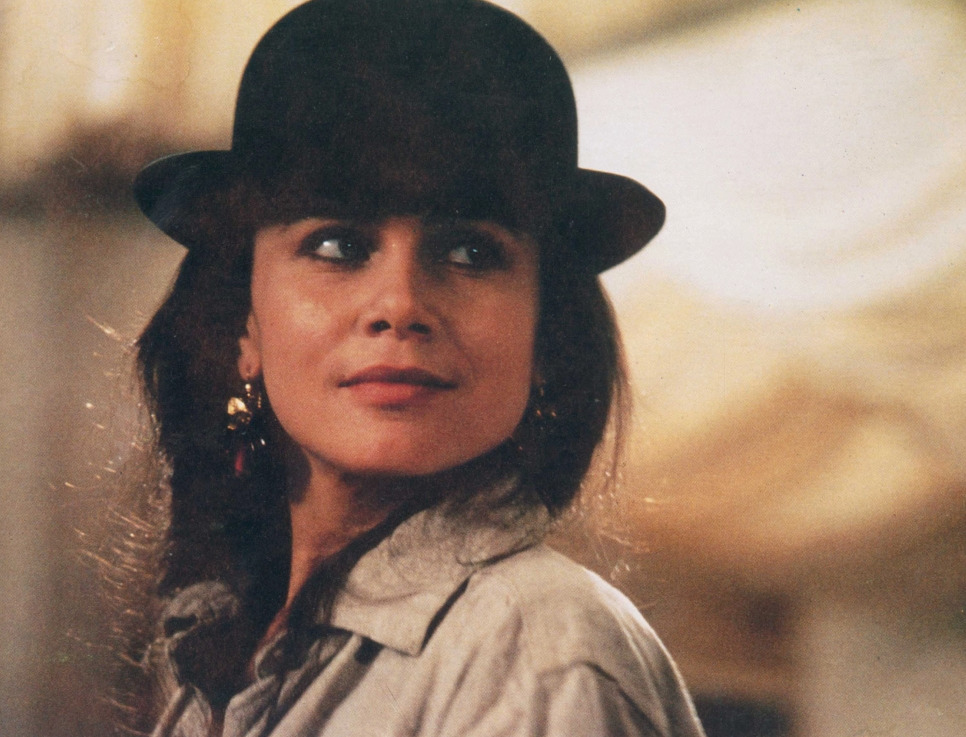 Lena Olin in Unbearable Lightness of Being 1988

She is one of the most well-known and respected actors in Sweden. Her Hollywood debut was in 1984 in the movie “After the Rehearsal.” Olin also starred in the hit TV show “Alias,” where she played a popular character. She continues to take inspirational and touching roles, including her role in “Welcome to Sweden.” Olin has also been nominated for many awards, including a Golden Globe Award and an Academy Award. 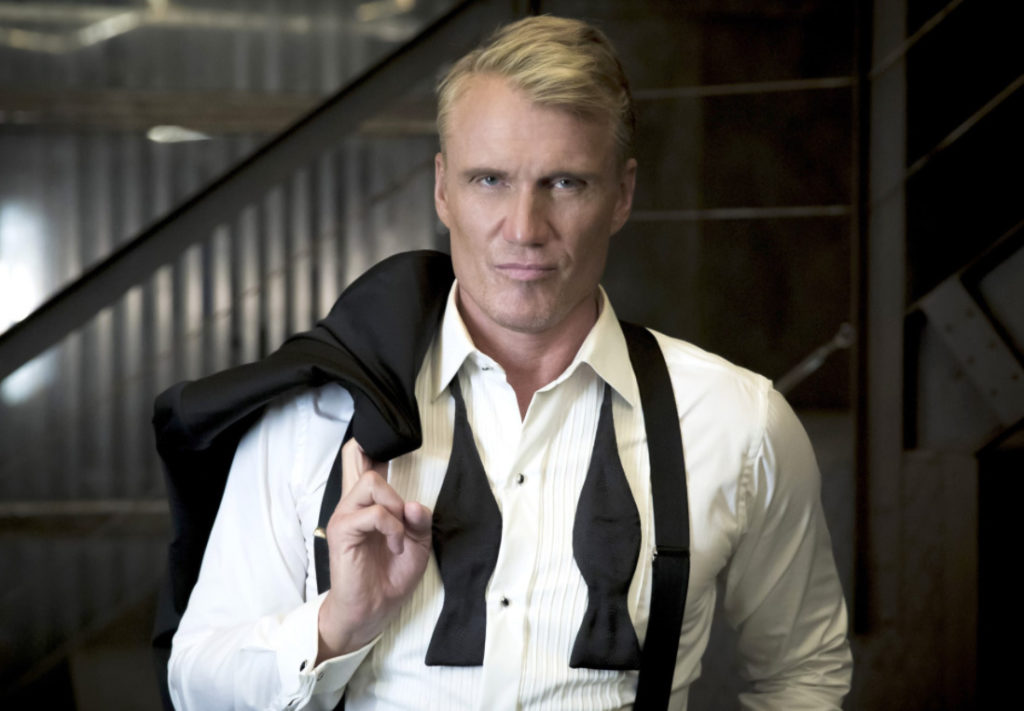 Lundgren is the most significant action movie villain of the ’80s. He has a martial arts background which is why he was always interested in starring in action movies. Lungren’s breakthrough came when he starred in the box office hit Rocky IV. Since then, he has appeared in 69 movies – which are almost all in the action genre.

Even at age 63, Lundgren still appears in Hollywood movies, with his latest “Acceleration” in 2019.

With that, we have come to an end of our list regarding the top 10 best Swedish actors. There have been tons of talented Swedish actors, but only a few have constantly been able to stay on top. Did your favorite Swedish actor make it in this list? Let us know in the comments below.