Naruto Shippuden is one of the most impactful and influential anime in the entire history. I remember when I watched Naruto as a kid, I would sympathize with everything the young boy went through. He turned from nobody to somebody just by the will of power. He got stronger and stronger by every arc! Every fight in Naruto is very memorable.  For instance, the best part of Naruto Shippuden’s fights is the background they did not forget to provide. It is not just meaningless ninjas throwing Shuriken at each other, instead, every character has a story of its own, no matter how invisible they seem. In this list, we will discuss the 10 best Naruto Shippuden fights of all time that will make you rewatch the show over again. 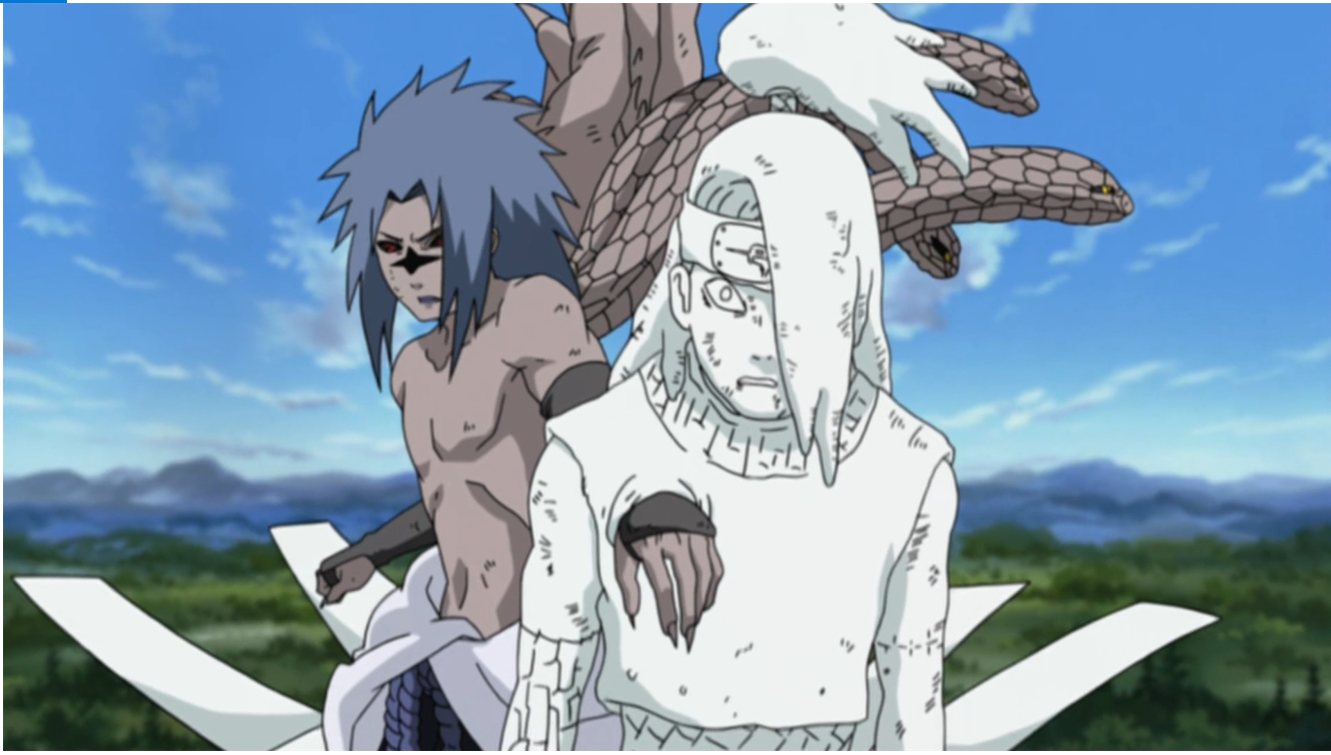 This fight is one of the most underrated but best Naruto Shippuden fights. It is very well well-written and animated compared to the fight at the end of the show, where people somehow got immune to normal punches and kicks. I really like how Sasuke and Deidara play off each other as characters; it shows a more human and relatable side to them. It is amazing how much the fight reveals about Deidara’s character. He is relaxed and enjoying himself at first, excited for the chance to defeat an Uchiha, but when he takes his first hit, his ego is damaged AGAIN, and he becomes increasingly unhinged.

Then, we get tidbits of information that reveal Deidara’s true motivations for fighting Sasuke, and it shows that they are not following some half-baked grand scheme or twisted moral code, instead, they’re petty and deeply personal. His fight with Itachi severely harmed his self-image, and he is desperate to prove himself against the feelings of inferiority that have been gnawing at him for years. He is extremely proud, and that first loss triggered an inferiority complex severe enough to emotionally unravel him, enough to risk everything and die in a fight when he didn’t have to. How he mumbles desperately, “I’m better than you, I’m better than you”. Overall,  we get a pretty clear insight into his psyche and emotions that we don’t usually get from second-rate Naruto villains.

Madara vs thousands of Shinobi

Some may argue that it was not even a fight, and I completely agree. It was just Madara crushing the entire alliance as if they were nothing but a bunch of ants. Neither the 5 kages nor Naruto was able to even land a good hit on Madara. The man lived up to the hype and proved to be a freaking beast. For a moment, everyone thought they could win until Madara started spamming meteors mincing every ninja. The funniest part was when Temari says “Do not underestimate me!” and continued to bother Madara with the wind thinking it could hurt him. 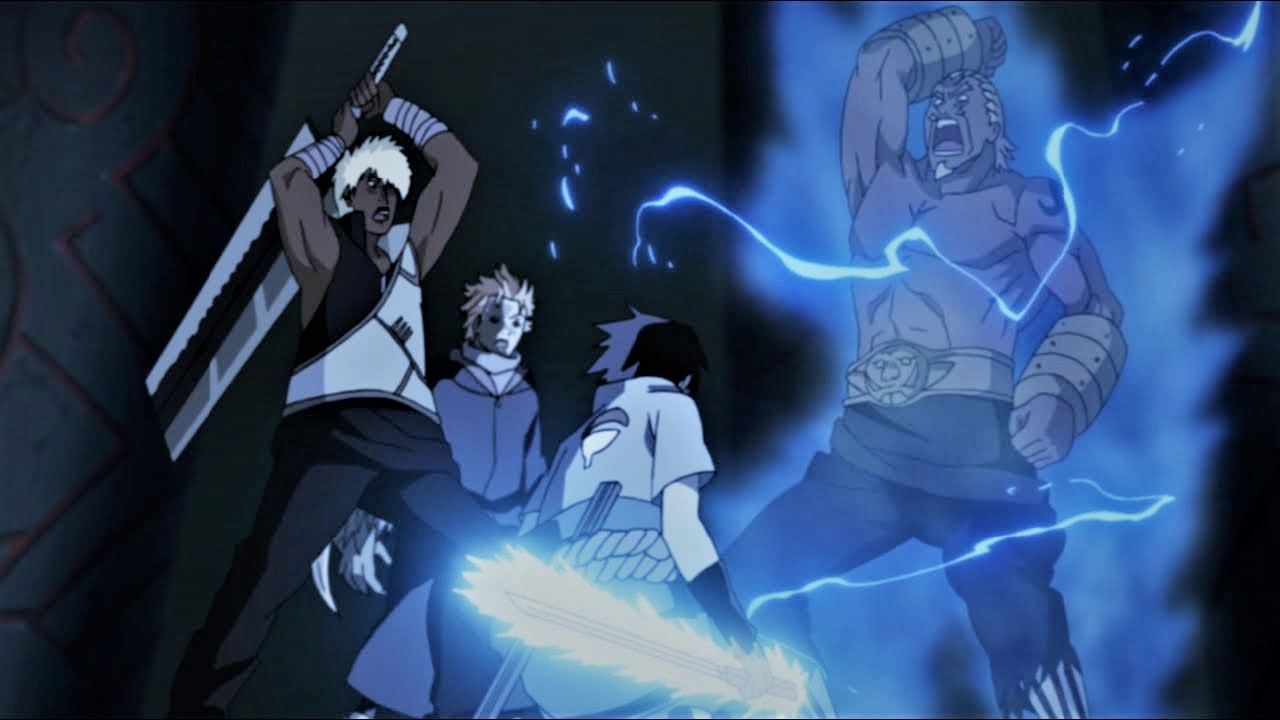 Even though there is a lot of prejudice against Sasuke, one can not deny that he indeed had some of the best fights in Naruto Shippuden. The best thing about his fights is his crazy aggression and hate against everyone that lead him to fight like a maniac. He does not even look at how strong the opponent is; he is just like a wild beast on loose. What makes Sasuke even better than many other characters is his immunity to the useless “Talk no Jutsu” in Naruto. He literally fought multiple Kage and elite jonin, used more chakra than all of them, received injuries, and was suffering from the effects of the Mangekyo Sharingan while still going head to head with them.

More: How did Hashirama Die? 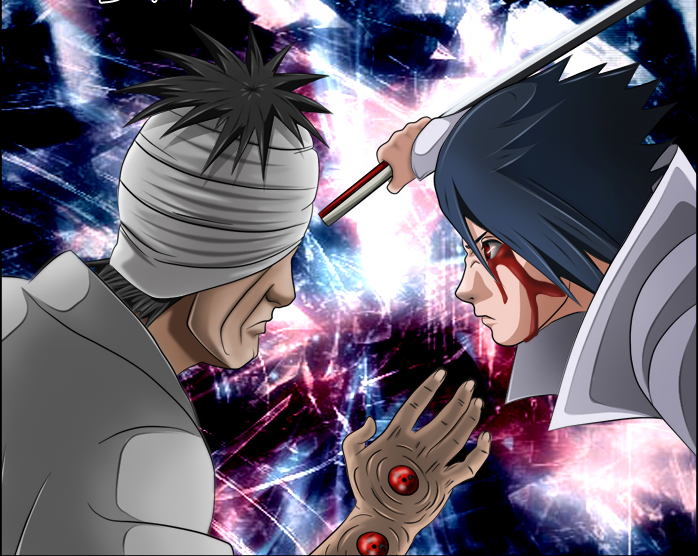 This fight took place immediately after Sasuke’s fight at the 5 Kage summit. Yet, he still did not stop from taking his revenge on Danzo. You can not even blame Sasuke for going on a leash. Anyone would go psychotic too if they learned how everyone mistreated their brother like that and how their whole life was a lie, and the monster responsible for everything was being treated as a good guy. This fight is one of the most satisfying fights to watch and, hence, made its place in the best Naruto Shippuden fights. 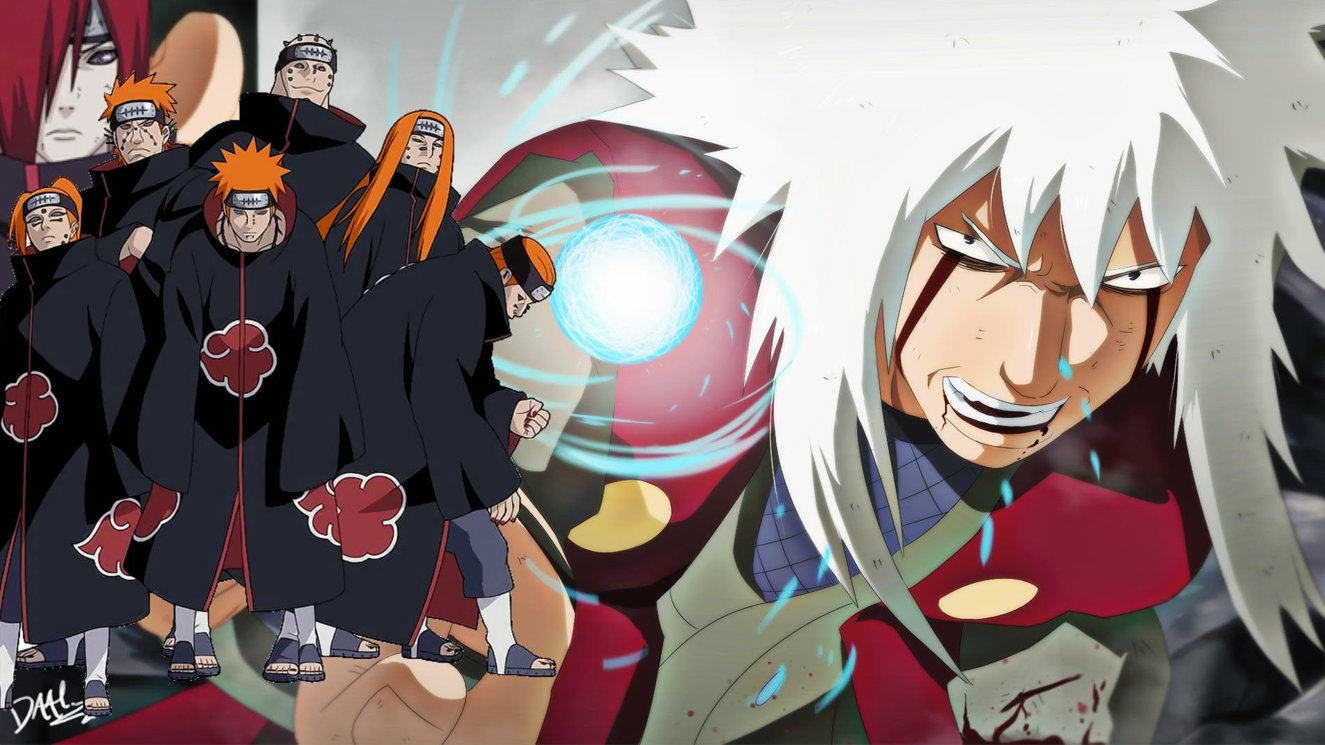 Jiraiya battles Pain, a former student who is now a member of the Akatsuki and is driven by his evil principles. To face the three Pains, Jiraiya completes his Sage Mode transformation. Jiraiya loses his arms and hence, he gets outmatched by the six Pains that have come before him. Tendo is revealed to be Jiraiya’s former student Yahiko, one of the six. Jiraiya is still bewildered by Rinnegan’s actual abilities, but he is dragged back into a fight before he can think. This was the first time I cried watching an anime. It was one of the most memorable fights in Naruto. 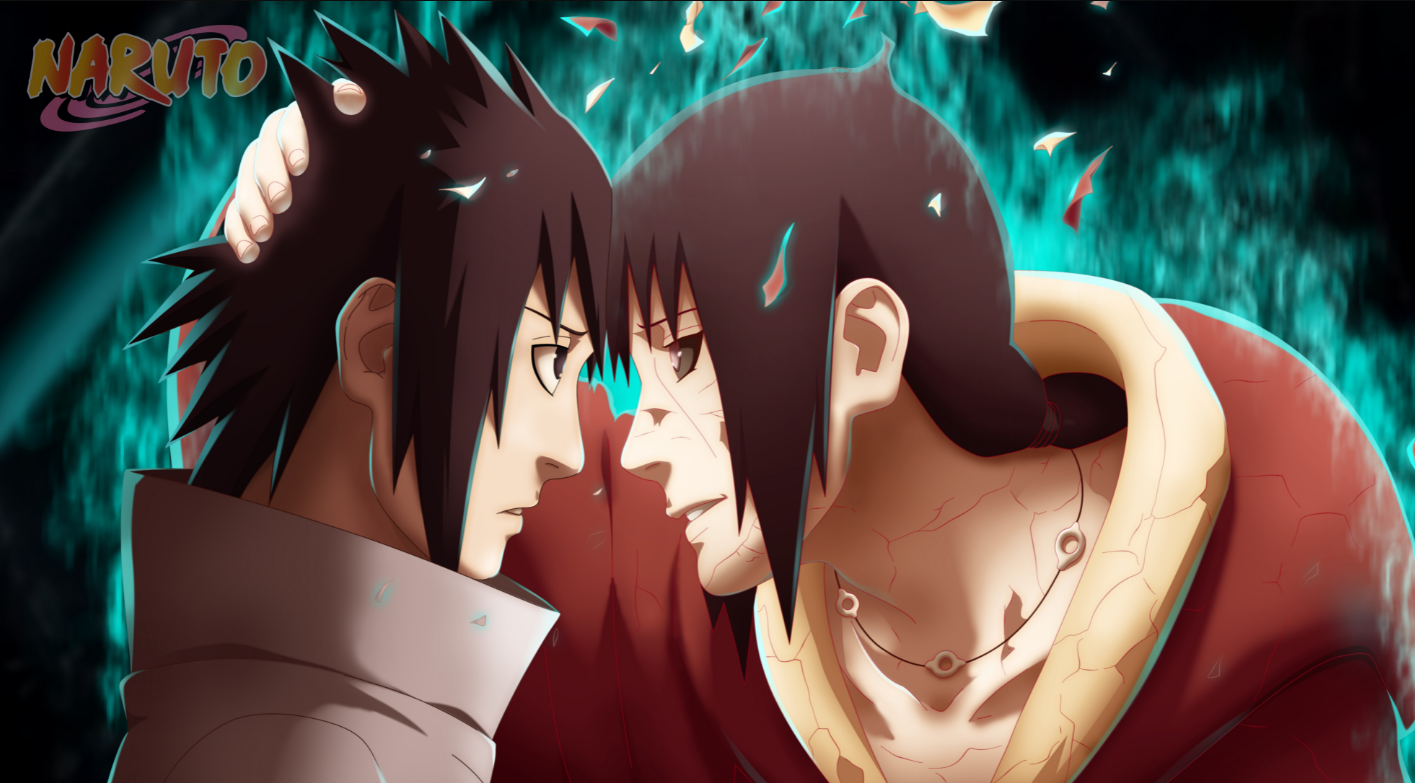 Yes, another Sasuke fight. The fact that there are so many Sasuke fights on this list is not because Sasuke is a great ninja, but rather because Sasuke is an irritating character who fights anyone he sees. He is, as I previously mentioned, a wild beast on the loose. However, this fight is not just about Sasuke, it is about the bond between the brothers. It is yet another heartbreaking fight in Naruto Shippuden.

More: Sasuke Quotes: 10 Quotes that are relatable to all teenagers

This was not just a meaningless fight of revenge but it was filled with emotions of all kinds; guilt, love, resentment, care. If you watch it without knowing the story, you might not understand the painfully beautiful depths of this fight. Itachi was on the verge of death due to poor health when he faced Sasuke. It is undeniably one of the best Naruto Shippuden fights to exist.

Itachi had already made up his mind to die by his little brother as he felt guilty about what happened with Sasuke. Earlier, he confronted Naruto and realized that now there was someone who would protect his little brother. So, he could now die knowing that Sasuke would be saved by someone else. Moreover, Itachi also learned that Sasuke went to Orochimaru, and Orochimaru wants Uchiha’s body, according to Naruto. Hence,  when Itachi notices Sasuke’s curse mark mode, he immediately tries to drive Orochimaru’s remaining chakra out of him. Orochimaru will only appear if Sasuke’s chakra runs dry, therefore Itachi knew he had to force it out of him. He fought with one eye that is practically blind and a frail body.

This was a one-sided fight as Itachi was only taking care of Sasuke the whole time. His entire goal from the beginning of the fight was to save him from Orochimaru and teach him how to use his eyes efficiently. You ask me what is love? This is love, the love of the rarest and purest kind. In the end, Itachi did not forget to flick his little brother’s forehead as he used to do when they were little. This was the fight that left a scar on every Naruto fan’s heart. A scar that can never be healed. 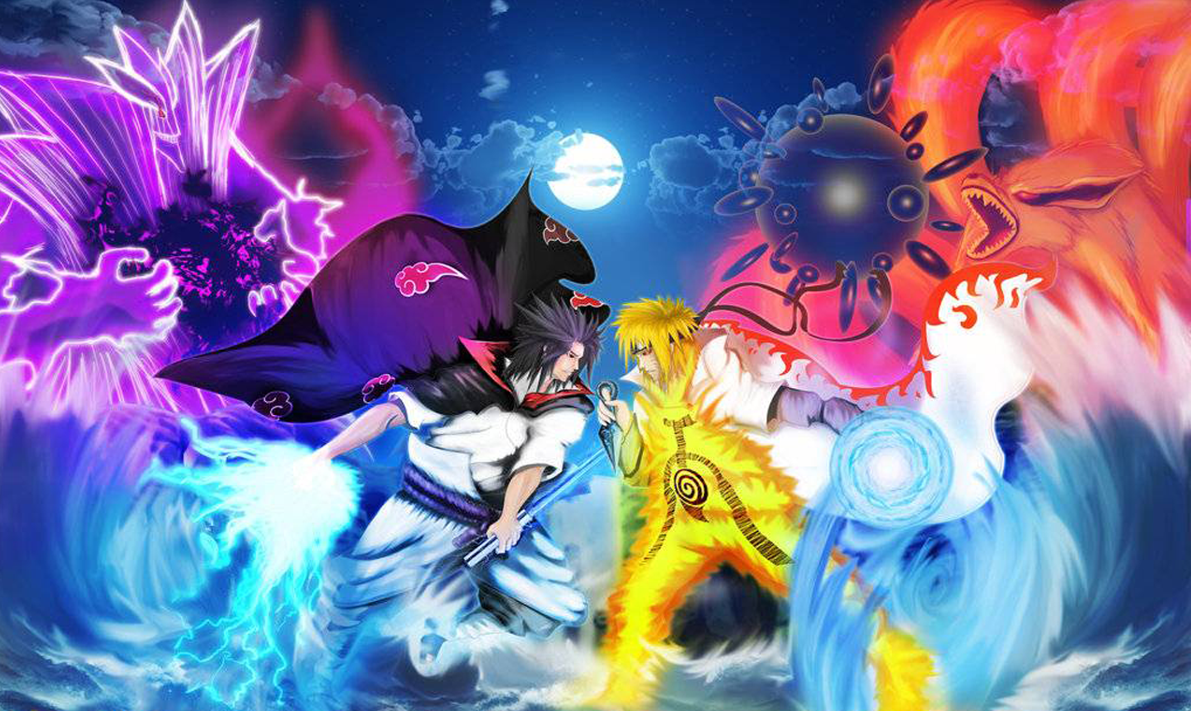 This was the fight that ended it all. Every Naruto fight has had such a deeper meaning that even if you do not like the characters you just can not help but sympathize with them. The lack of music and lyrics in some of these scenarios is what makes them so powerful. All you can hear is them thrashing each other mercilessly. It’s heartbreaking because it’s a re-enactment of the two brothers’ curse, and we’re basically witnessing two people who have grown to love each other like family murder each other. It’s heartbreaking.

This was yet another one-sided fight as Naruto was just trying to get a hold of his friend Sasuke, calm him down, and get him out of the dark world. The constant jumps from their childhood selves to their adult selves, the flashbacks of what they have been through, and seeing the emotions they carry in their eyes was all enough for this fight to make it in this list of best Naruto Shippuden fights. 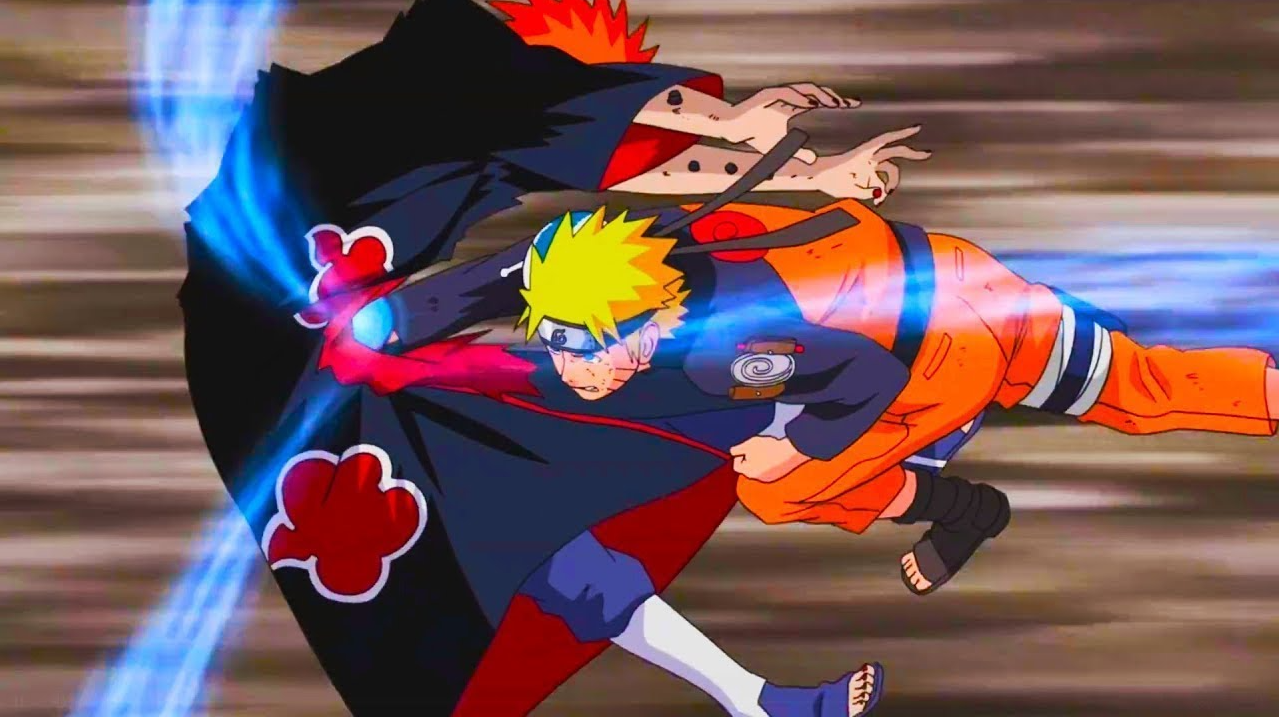 This fight was like a coming of age for Naruto. He was finally able to be acknowledged by the leaf which was his goal since he was a child. This fight was the one that actually proved how strong Naruto was even before he mastered the nine-tailed Chakra mode. Everything about this fight was jaw-dropping! Naruto’s amazing entrance finally lived up to his role as the hero. Moreover, even when the ghosts of Minato and Jiraiya, were overwhelming him, he fought through it. Naruto using the sage mode was the best thing ever for the fans at that time. The toads, the Rasen-shurikens, the Rasengans of all sizes and numbers, and not to forget Hinata’s confession that made Naruto lose all control. The awestruck scene when Kuruma took over Planetary devastation. Above all, the amazing animation did not disappoint at all. 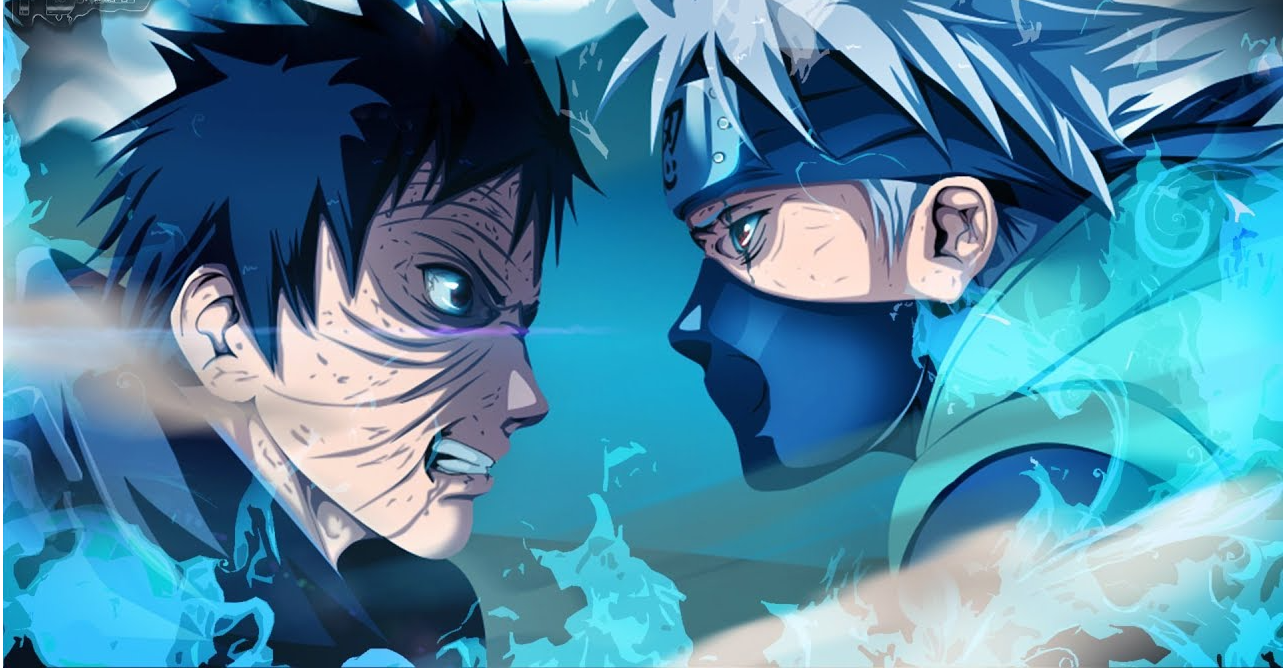 A fight Naruto fans can not forget is the one between Kakashi and Obito. Just three letters are enough to describe the entire fight; A R T. The whole fight shows the quality of art that anime can provide. It did not have any super-duper Jutsu like the susano, rather it was just some good animation and mostly taijutsu. The choreography, quality of animation, music, and story behind the fight, all of it was just chef’s kiss. Nobody with emotions would have survived it without getting a little sad about them. It gives me goosebumps all over my body, every time I watch this fight.

The pulsing music and the constant shifts between their child and adult selves. The tragedy is that only Kakashi is the one who sees and feels that way. Kakashi is literally breaking inside, whereas, Obito is just off the hook and wants blood. One of the best Naruto Shippuden fights hands down! A fight you can not watch without feeling stabbed in your heart. 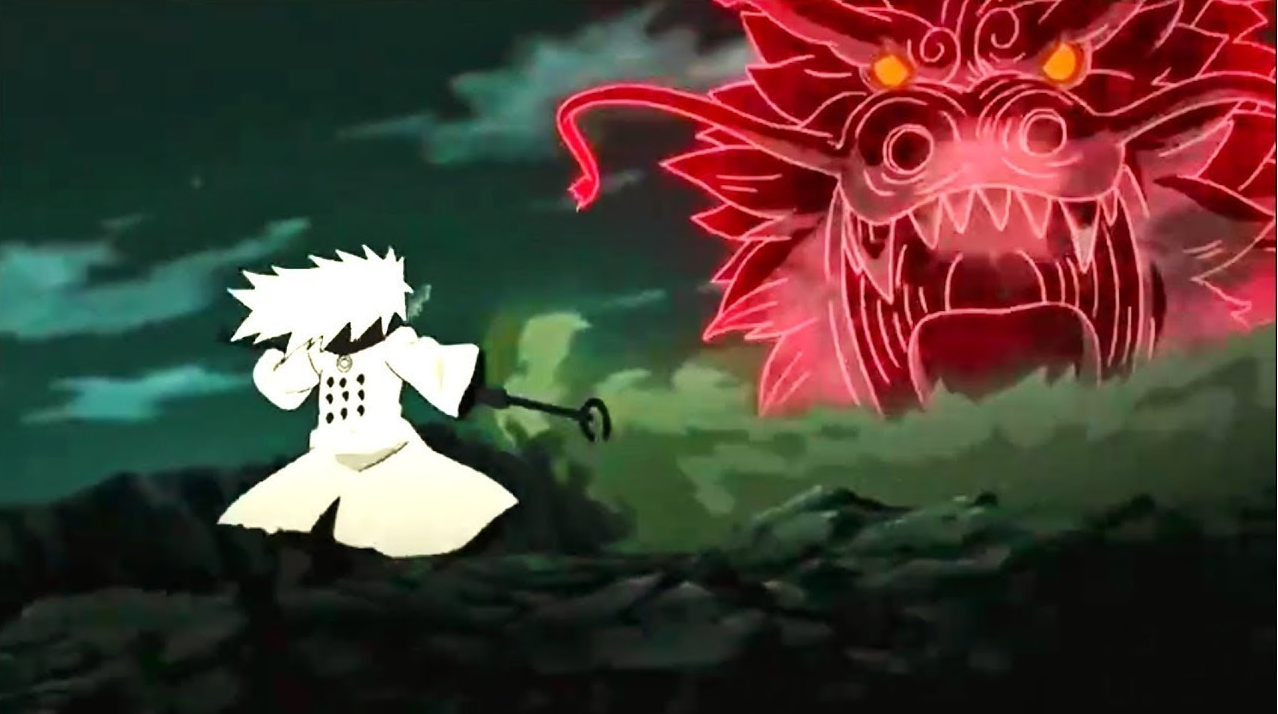 Finally, the most spectacular fight in the history of Naruto. If it was not for Madara’s sage of six-path power, he would have been dead right there. Guy attempted to make an impact on Lee and the others by using Taijutsu strong enough to bend space. “Konoha’s green days are finished. The time has come for you to take on the role of the crimson beast.” These lines give me goosebumps every time I hear them. And it was during that fight that Kakashi recognized that his father’s prediction that Guy would one day surpass him had finally come true. Not to forget how Madara himself declares guy as the strongest shinobi ever.