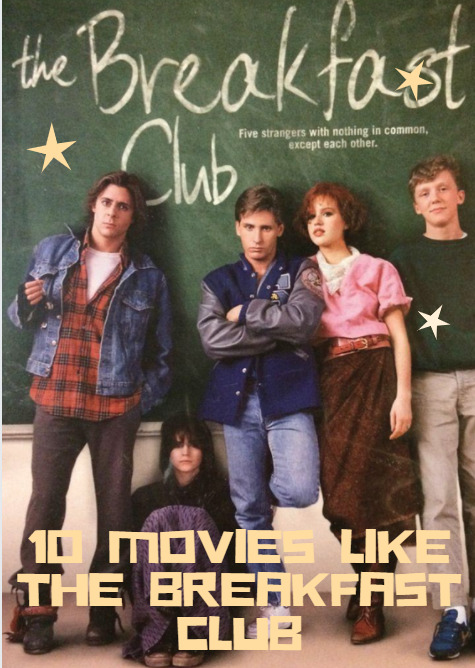 If you see the list of the 100 best movies to watch before you die, then you will quite often see the name of the movie “The Breakfast Club” there, and rightfully so. It was a genre-defining movie, and people searched for movies similar to that. Here we have a list of the 10 Best Movies Like The Breakfast Club.

If you are a teen, you must be going through a lot of physiological and physical changes. You will have a ton of old and new insecurities that you can’t cope up with, or if you are an adult who wants to go back in time and feel how it is like to be a teenager, then these movies that we have handpicked and are similar to the breakfast club will surely be worth a watch. Take a look at the movie title, genre, and release date, and then further read the description of the movies. 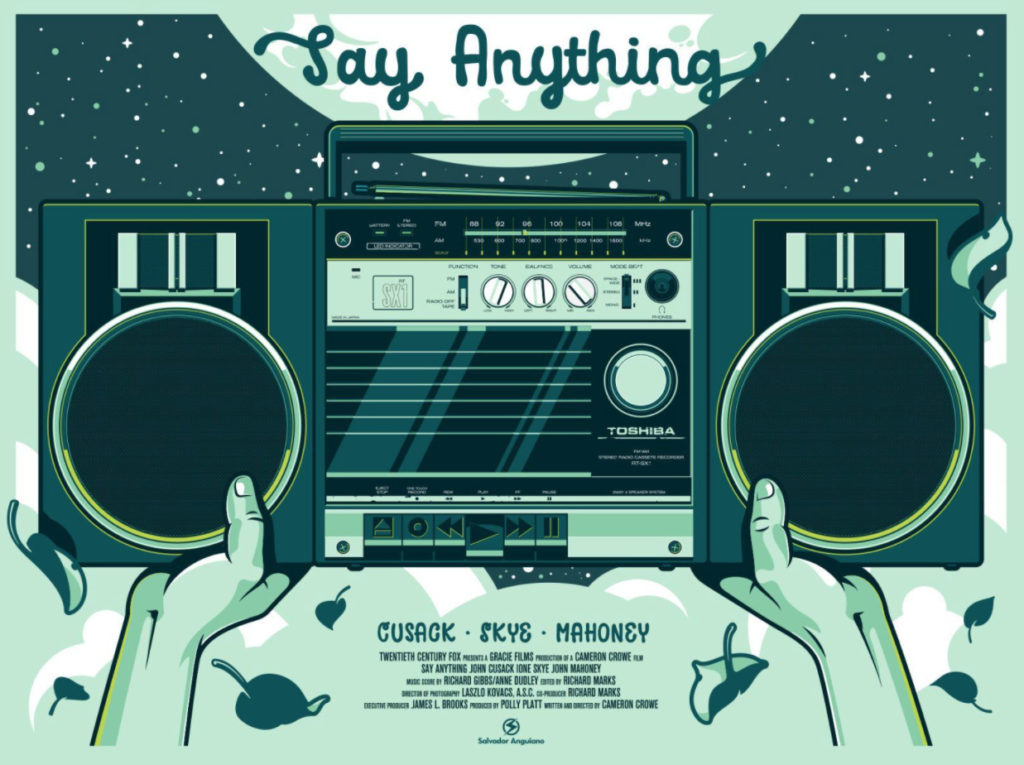 Plot: Lloyd Dobler, a high school student, desires nothing more than to go out with Diane Court, a stunning and articulate woman. Until Diane leaves for a scholarship in England, Lloyd tries to win her heart over her overprotective father’s objections. 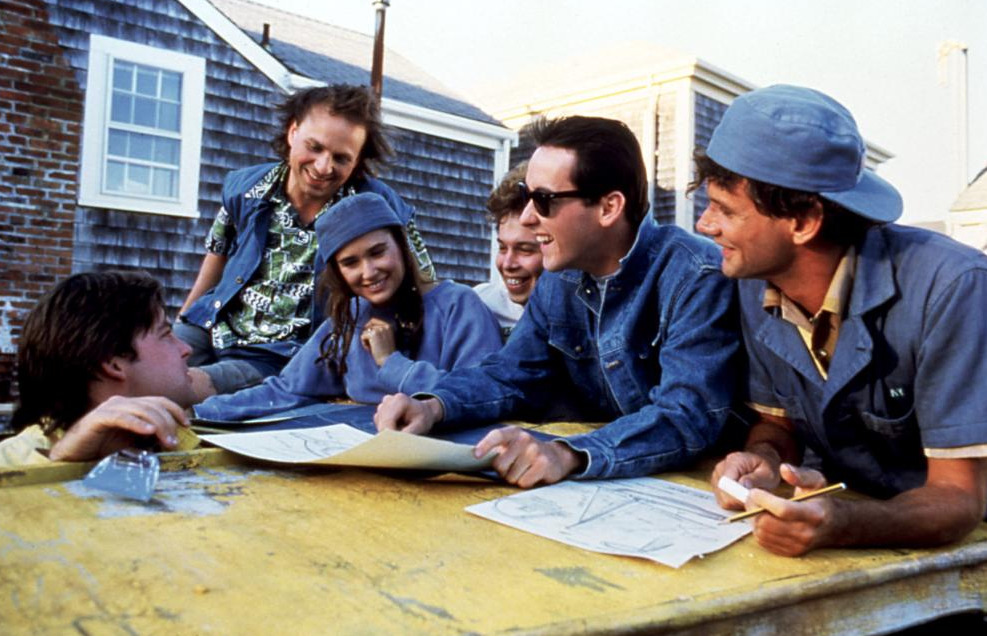 Plot: Hoops McCann has a basketball scholarship for college, but all he wants to be a cartoonist and make people see the power of love. He goes to Nantucket to meet his friend George in the summers. The summers peak when they save Cassandra from a motorcycle gang. They now have one task, to save the family house of Cassandra from the greedy developers. Has McCann found true love? 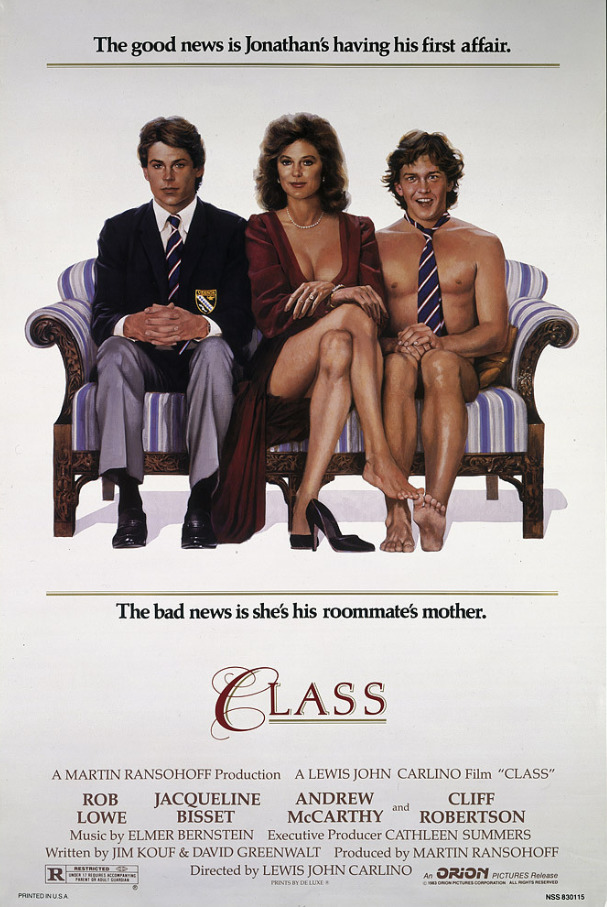 Plot: Jonathon is a country boy who got a scholarship in a prestigious school and befriended the wealthy and attractive Skip. Jonathan is a virgin, and Skip has made it his life goal to make him lose his virginity, so he sends him to Chicago, where Jonathan starts an affair with Ellen, but Ellen ends the affair when she finds out that he is only 17. Jonathon finds out that she is Skip’s mother, and Skip is now aware that his friend and mother are dating. 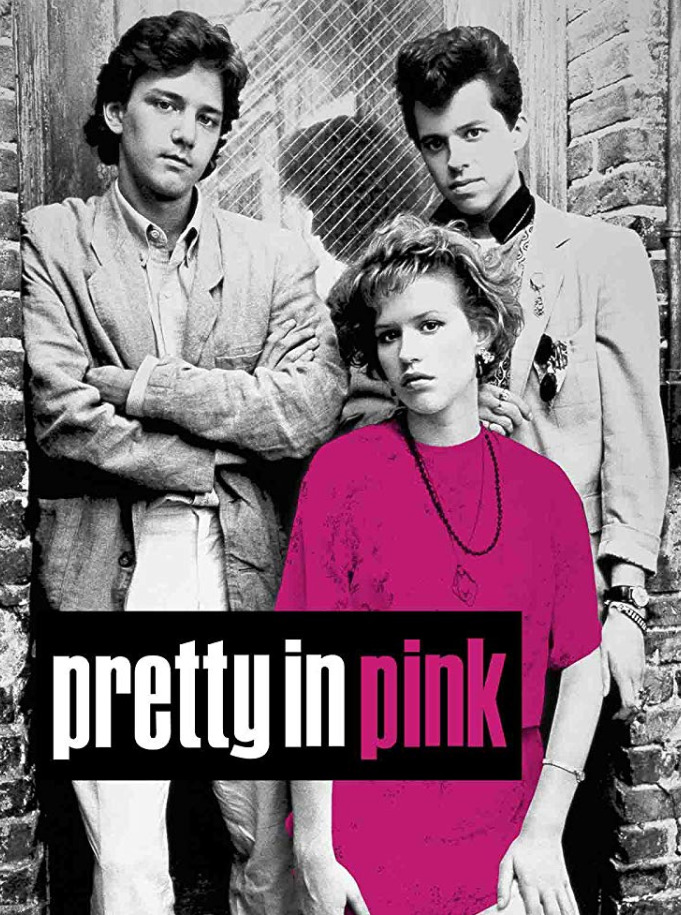 Plot: Andie, a teen, is one of the unpopular girls in high school. She spends much of her time with her mates Iona and Duckie. Duckie has always had feelings for her, but she has recently met a new guy at school, Blane. He’s one of the wealthy and well-known men, but will the two worlds coexist?

It is our number 5 out of 10 Best Movies Like The Breakfast Club. 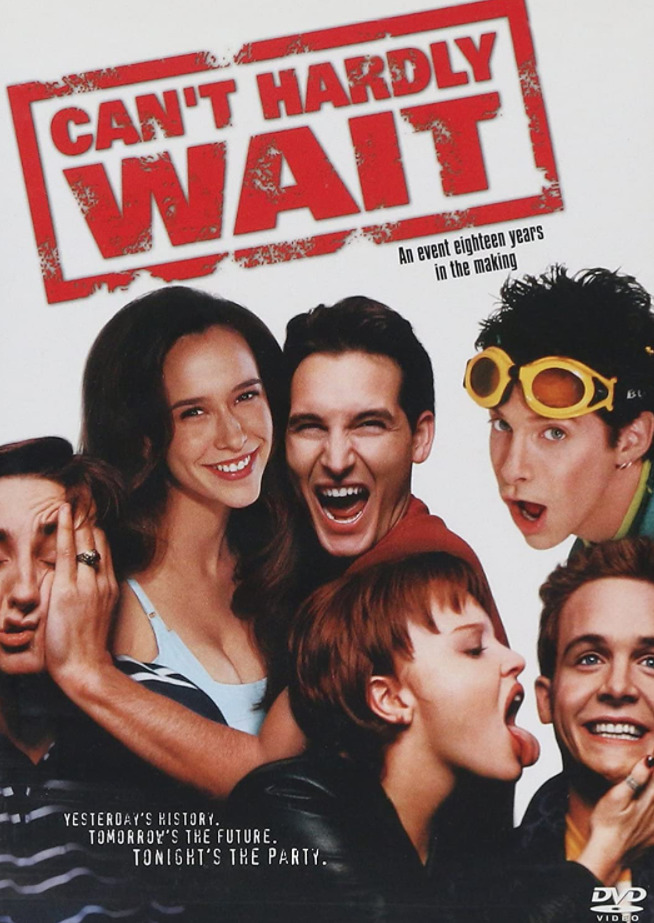 Plot: It’s their senior year in high school, and they, like all seniors, want to dance. So, 500 high school seniors are looking forward to dance, while a boy wants to get a girl he’s loved for years who just broke up with her ex, and one jerk wants vengeance on a lifetime bully. So, the party arrives, and things begin to unfold. People have sex, drink, and adhere to most of the rules of a high school graduation party. 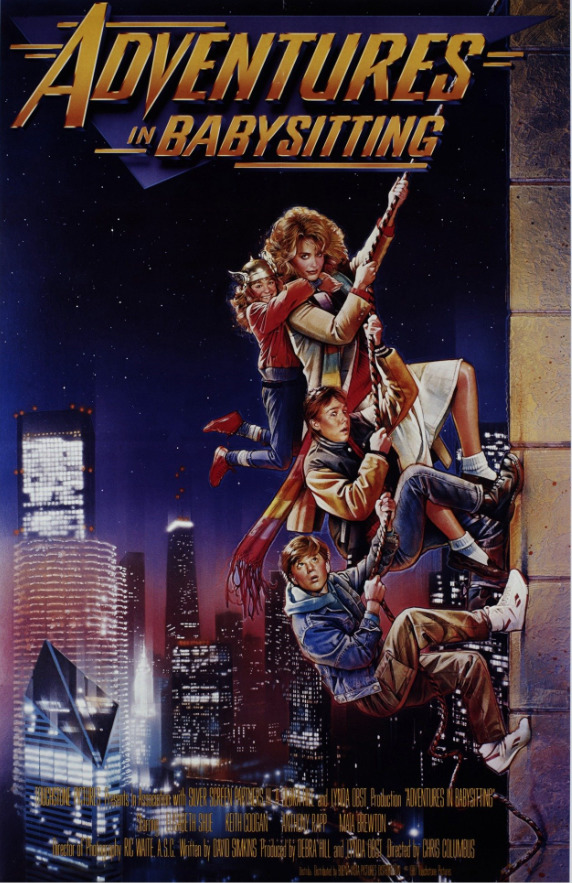 Plot: After her ex, Mike Todwell, dumps her, Chris Parker promises to babysit. She settles in with three kids for a night of TV, expecting a dull evening. But when her frantic neighbour, Brenda, calls and begs to be saved from the downtown Chicago bus station, the evening quickly devolves into an endless whirlwind of hair-raising adventures. Chris and the kids abandon their comfortable suburban environments and head for the heart of the big city, never expecting their adventure to be so terrifyingly hilarious. 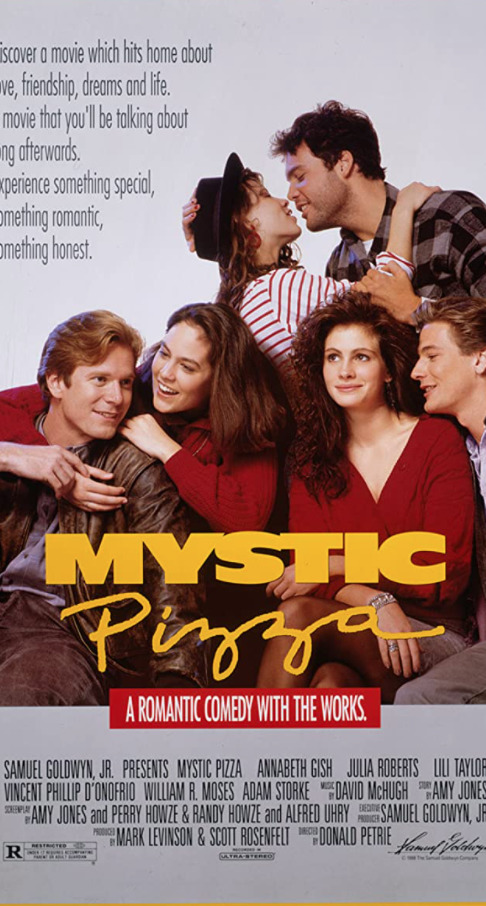 Plot: Two sisters Kat and Daisy, work alongside Jojo at a Pizza parlour in the town of Mystic. Kat is going to Yale while she has a crush on the father of the kids she is babysitting, while her sister is dating another guy. Jojo is suffering from commitment issues. The Mystic Pizza parlour, on the other hand, is growing day by day because of a mystic reason. 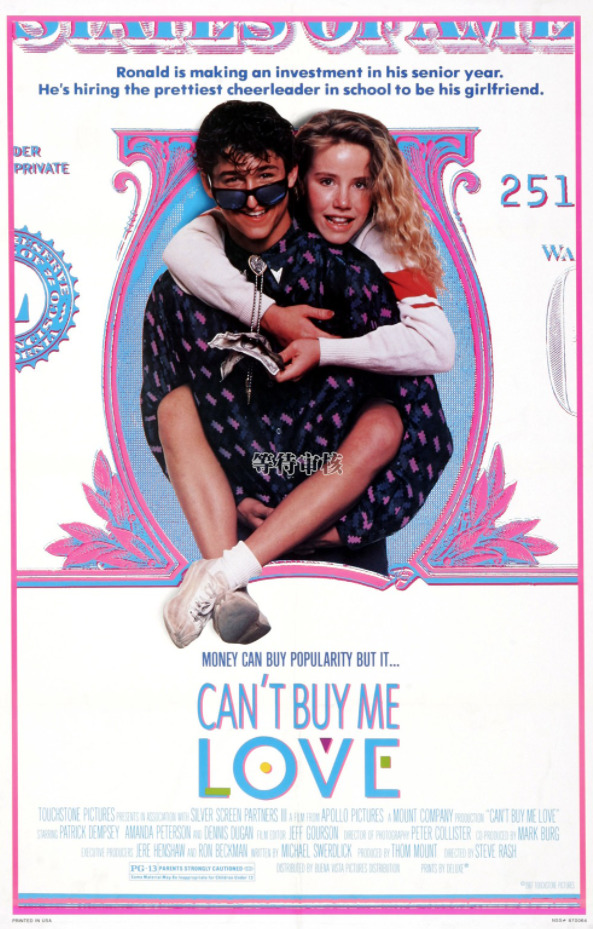 Plot: Ronald Miller is fed up with becoming a nerd and strikes a bargain with one of the most famous girls in school to help him break into the “hip” crowd. He gives her $1,000 to pretend to be his girlfriend for a month. It succeeds, but he quickly discovers that the cost of popularity could be greater than he expected. 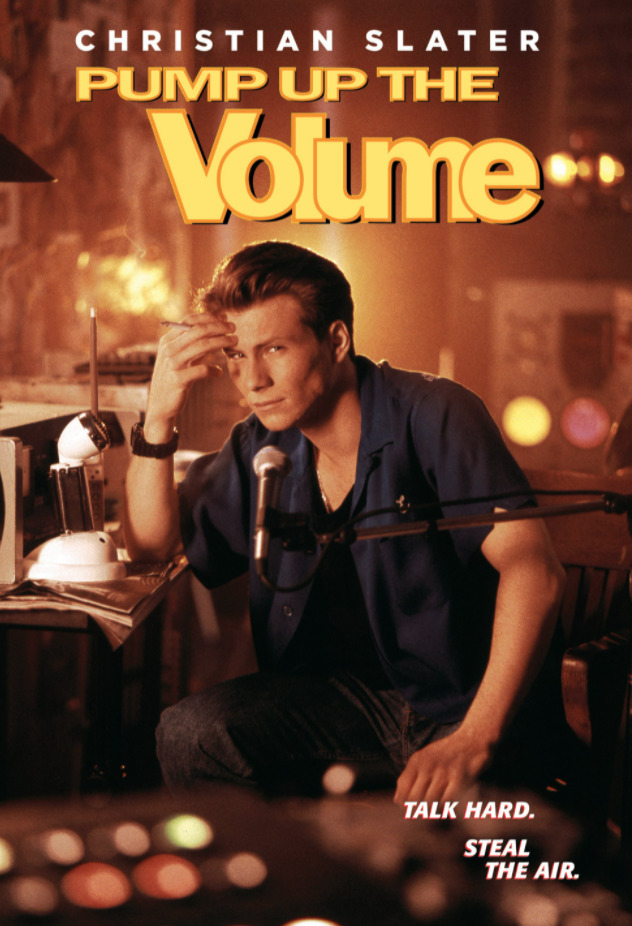 Pump Up The Volume

Plot: Mark is a bright yet a reserved teen who has recently relocated to Arizona from the East Coast. His parents send him a short-wave radio to communicate with his friends, but soon he becomes a pirate DJ, who becomes a hero of his classmates, thus inciting the wrath of the local high school principal. When one of Harry’s listeners commits suicide, the school is thrown into chaos, and the police are called upon to bring an end to Harry’s broadcasts. 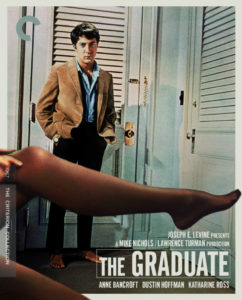 Plot: After graduating from college, Benjamin Braddock returns home to California. Ben is greeted as a hero by his friends, but he is unsure what to do for the rest of his life. Mrs. Robinson, the wife of his father’s husband, quickly seduces him, and she relentlessly pursues the naive young man. They’ll soon be meeting in hotel rooms on a daily basis. Despite her warning to stay away from her daughter Elaine, his father persuades him to take her out for a date. He discovers he likes Elaine, but when she discovers he’s been having an affair with her girlfriend, she refuses to see him. However, he is charmed and seeks her.

These were some of the very best movies that are similar to the breakfast club and they have a cult following as well as they got critical acclaim at the time of release. They will certainly give a new perspective to the teenagers of today and will charm and seduce the nostalgic audience with their atmosphere.